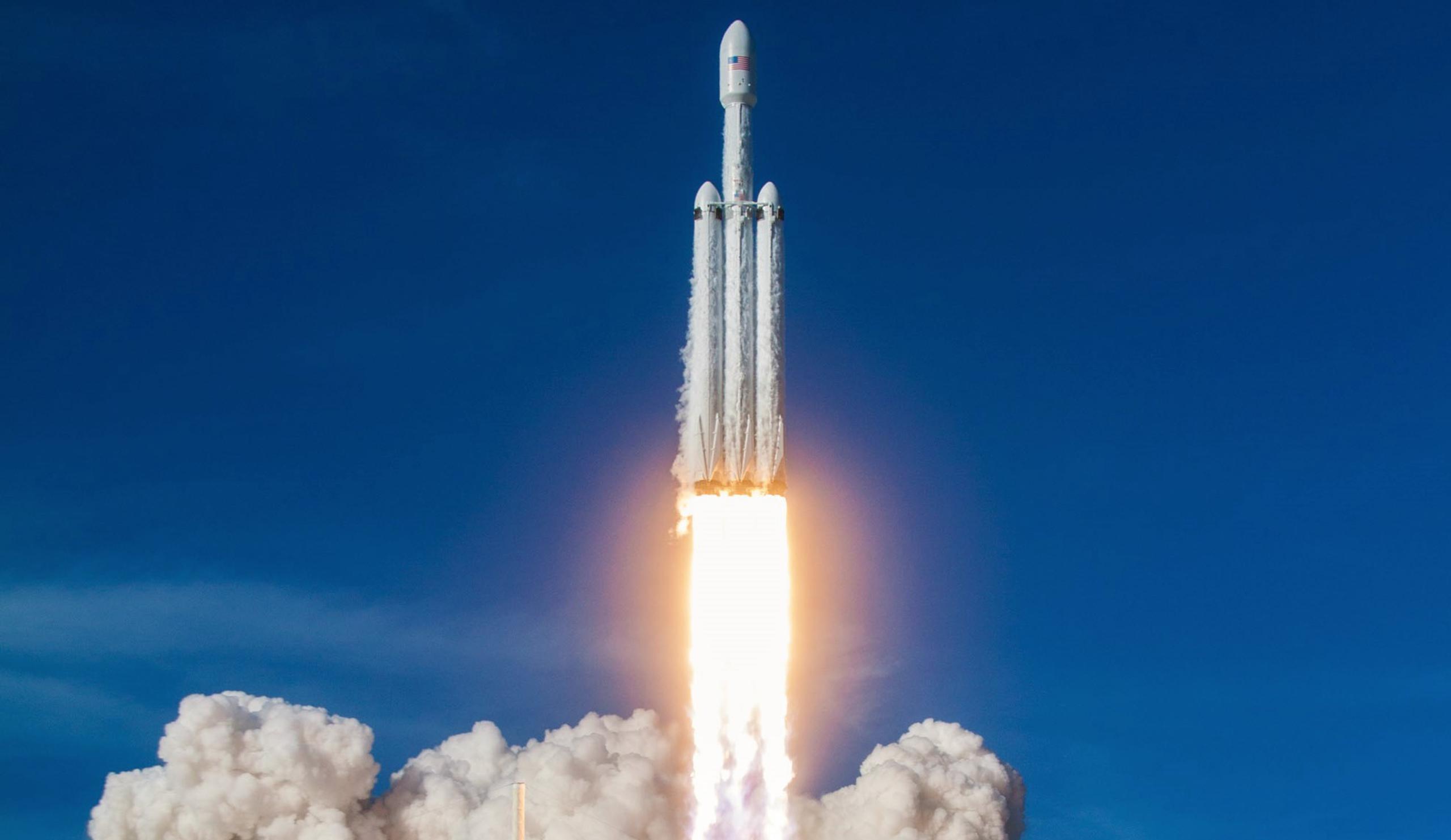 On the fourth anniversary of SpaceX’s Falcon Heavy launch debut and after an unusual multi-year hiatus, the world’s most powerful operational rocket could be on the brink of an impressive salvo of launches.

Four years ago yesterday, on February 6th, 2018, Falcon Heavy lifted off from NASA’s historic Kennedy Space Center (KSC) Pad 39A launch complex, launched a truly esoteric payload into interplanetary space, and officially became the largest, heaviest, and most powerful active launch vehicle in the world. It also became the third most powerful liquid rocket ever launched, placing SpaceX squarely at the table alongside the likes of NASA’s Saturn V Moon rocket and the Soviet Union’s ill-fated N-1 and Energia.

14 months later, an upgraded “Block 5” version of Falcon Heavy aced two more back-to-back launches in April and June 2019, completing its first missions for paying customers and also aiding the US Air Force in its efforts to certify the capable rocket for high-value military launches. However, such an auspicious beginning made the years of inactivity that immediately followed Falcon Heavy’s third launch even more striking.

While the military has done little more than acknowledge each new date, it has vaguely implied that the spacecraft – not SpaceX – are to blame for the chronic, prolonged delays. Without even a hint of an explanation, it’s unclear if those delays are likely to end anytime soon, potentially delaying USSF-44 and USSF-52 into the second half or last quarter of 2022 and pushing USSF-67 into 2023. Thankfully, unreliable US military payloads aren’t the only Falcon Heavy missions scheduled this year.

At a minimum, SpaceX is contracted to launch the ViaSat’s first of three next-generation ViaSat-3 communications satellite directly to geostationary orbit (GEO). The launch was recently delayed from Q2 to the end of Q3 2022. SpaceX is also scheduled to launch NASA’s Psyche mission – a spacecraft designed to visit and study an asteroid made almost entirely out of metal – NET August 2022. While customer Inmarsat has yet to finalize or announce a contract decision, Falcon Heavy could potentially be tasked with launching the second Inmarsat-6 geostationary communications satellite sometime later this year.

All told, if every customer is able to stem each torrent of delays, Falcon Heavy could feasibly launch five or even six times in 2022. More conservatively, if USSF-67 and ViaSat-3 are delayed to 2023 and Inmarsat-6 F2 goes to Falcon 9, the world’s largest operational rocket could still launch three times in 2022 and still have up to three more launches scheduled next year.

For now, Falcon Heavy’s first launch in at least 33 months and fourth launch overall isn’t expected until March 2022 at the earliest.