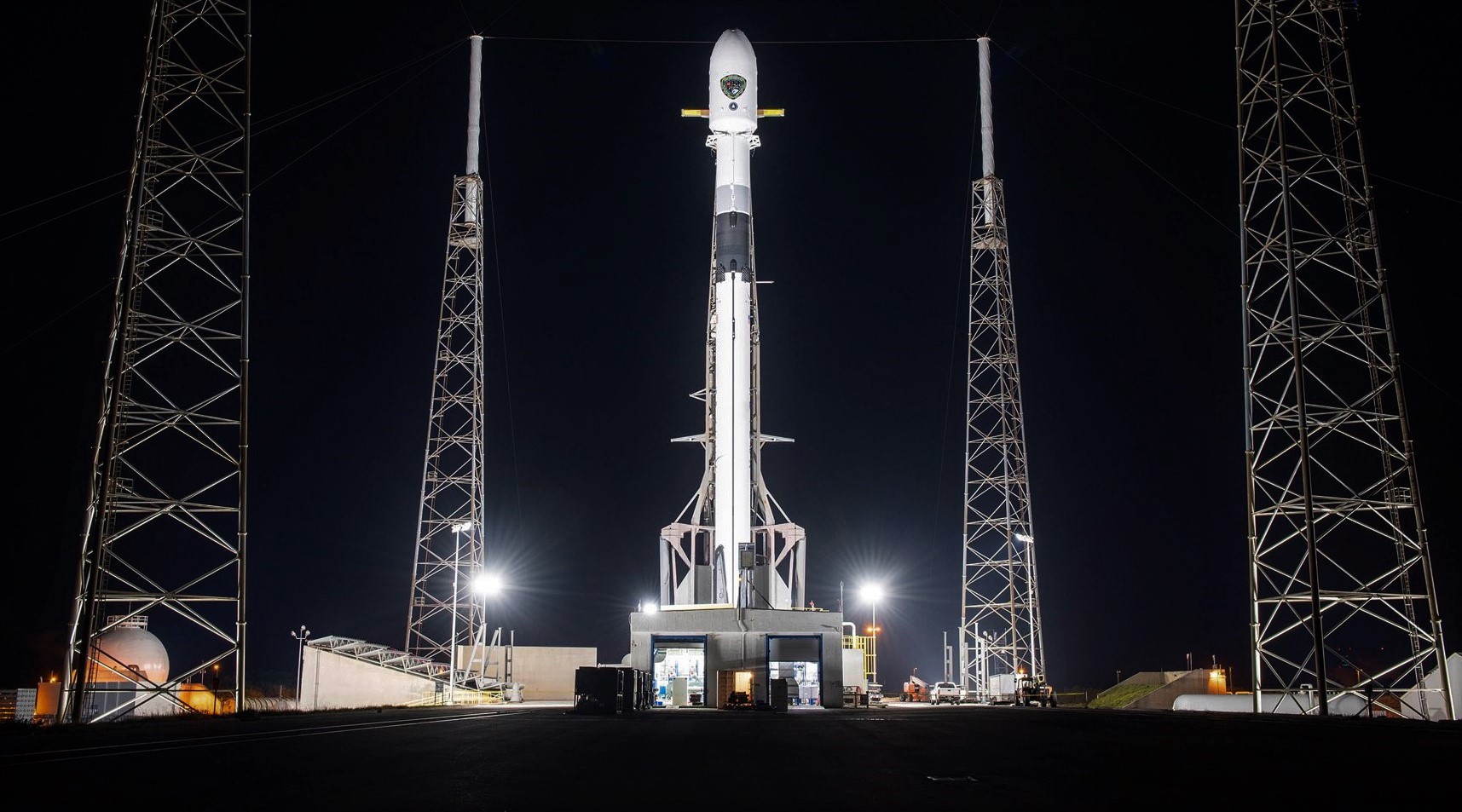 Falcon 9 B1060 stands vertical at LC-40 ahead of its first launch - the US military's third GPS III satellite mission. (SpaceX)

A SpaceX Falcon 9 is set to become the first commercial rocket to attempt to land after an operational launch for the US military, potentially paving the way for an even more significant milestone somewhere down the road.

Featuring brand new booster B1060 and a new upper stage and payload fairing, Falcon 9 is scheduled to launch the US military’s third upgraded GPS III satellite (PS III SV01) no earlier than (NET) 3:55 pm EDT (19:55 UTC) on June 30th. While it will be the second time a Falcon 9 Block 5 rocket has lifted off from Cape Canaveral Air Force Station (CCAFS) Launch Complex 40 (LC-40) with a GPS III satellite in tow, the mission will mark a critical first for SpaceX and the US military. For the first GPS III mission, the US Air Force somewhat inexplicably required SpaceX to expend the new Falcon 9 booster assigned to the December 2018 launch.

The US military never offered a technical explanation for why Falcon 9 couldn’t land after launching a ~3900 kg (~8600 lb) GPS III SV01 to a medium orbit but could, for example, land after launching a dozen metric tons and two NASA astronauts. Regardless, the US Air Force Space and Missile Systems Command (SMC) has decided that SpaceX can now attempt to land Falcon 9’s first stage during the company’s second GPS III launch. A step further, on the eve of the mission, SMC has revealed that it may even be opening up to the idea of reusing SpaceX boosters on future military launches.

Falcon 9 B1060 has a 15-minute window to launch the GPS III SV03 spacecraft on Tuesday, June 30th. Meanwhile, drone ship Just Read The Instructions (JRTI) – heading out to sea to prepare for B1060’s attempted landing – recently passed just a few miles from drone ship Of Course I Still Love You (OCISLY) – returning to Port Canaveral after SpaceX decided to delay its ninth Starlink v1.0 launch from June 23rd. 25th, and 26th to the first or second week of July.

Drone ship JRTI was recently recommissioned after extensive upgrades and a several thousand mile move from Port of Los Angeles, California to Port Canaveral, Florida, ultimately supporting its first East Coast booster landing and recovery barely three weeks ago. If successful, B1060 will become the first orbital-class booster ever to land after an operational US military launch, excluding a number of Space Shuttle missions in the 1980s.

According to reporting by Space News’ Sandra Erwin, it’s unlikely that SpaceX will reserve Falcon 9 booster B1060 – assuming a successful landing – for reuse on a future US military launch. Given that SMC appears to have even stricter requirements than NASA’s Commercial Crew (CCP) and Commercial Resupply Services (CRS) programs, it’s safe to assume that – like NASA – the US military will only initially allow booster reuse if said booster has only flown missions for the agency. Given that Falcon 9’s next known US military launch (GPS III SV04) is NET “late 2020” and that there “are currently no plans to use a previously-flown booster on any future GPS launches”, it’s unlikely that SpaceX will waste a perfectly good booster by saving it for 6-18+ months.

Regardless, as usual, SpaceX will host an uninterrupted webcast of the launch. Tune in around 15 minutes prior to catch SpaceX’s third launch of the month and 11th of the year.