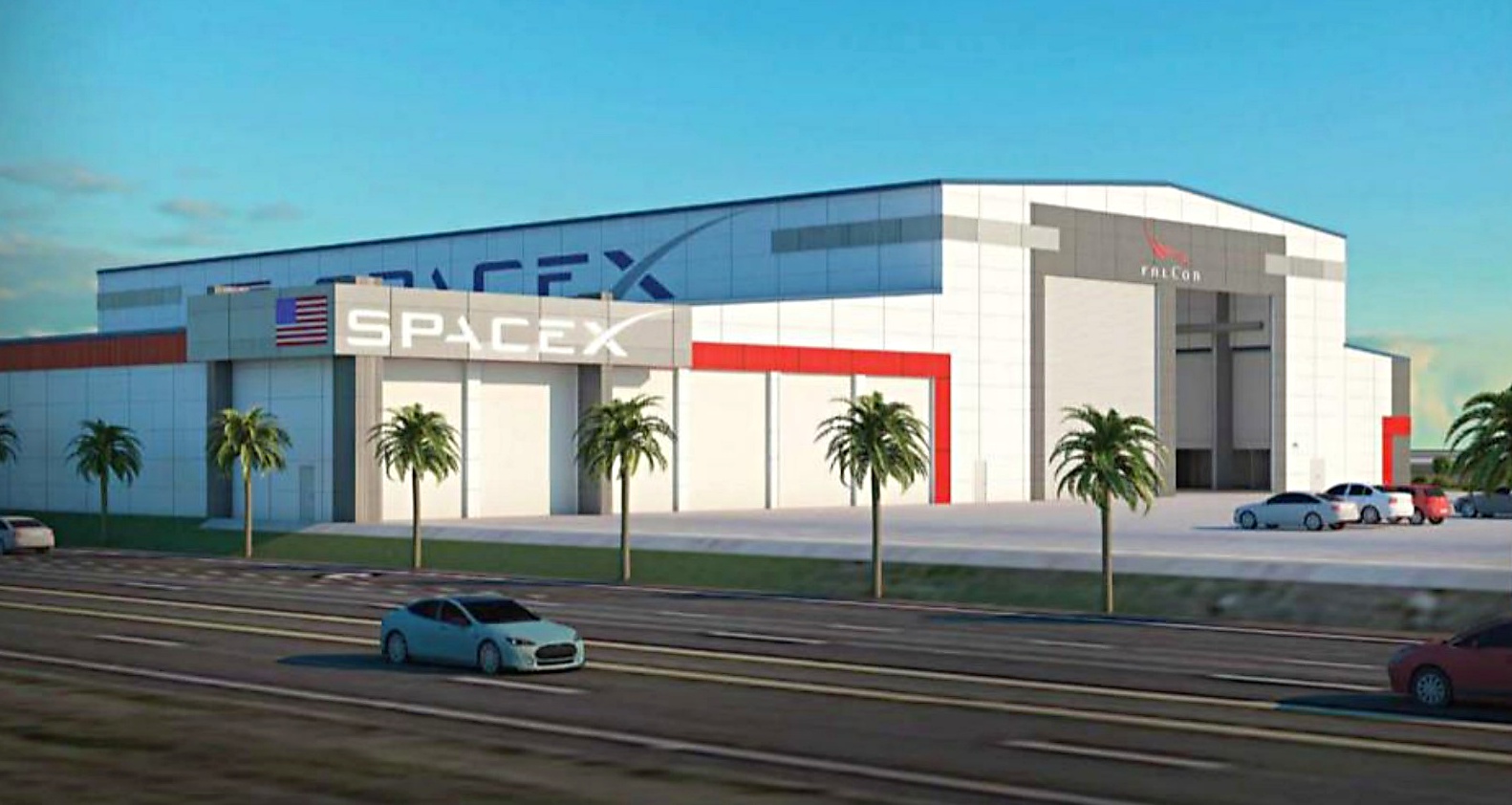 According to an environmental assessment published in April 2018, SpaceX aims to build a dedicated facility for storing, refurbishing and decommissioning Falcon 9 and Falcon Heavy boosters and payload fairings “immediately” after construction approvals are granted.

This facility would give SpaceX some 50 acres of land and 130,000 square feet (12,300 m^2) of floor space for the sole purpose of refurbishing and storing flight-proven Falcon 9 and Heavy boosters, as well as the rockets’ payload fairings after successful recoveries begin. If additional storage space proved necessary (and it probably will), another 100,000 ft^2 (9300 m^2) building would be constructed. 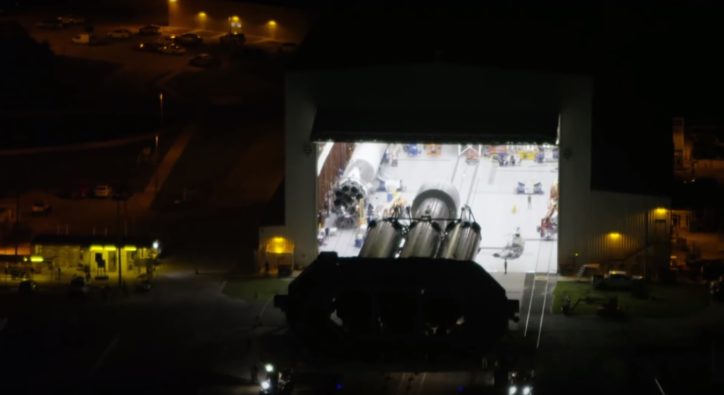 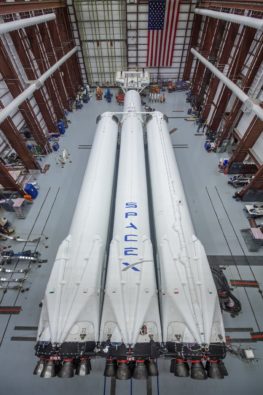 As of today, SpaceX likely has room to store 6-8 Falcon boosters at or near their Florida launch pads, with the bulk of that storage coming from the company’s 50,000 ft^2 (4500 m^2) LC-39A horizontal integration facility (HIF), capable of housing four rocket boosters. As such, an additional 150,000+ ft^2 could nearly quadruple SpaceX’s booster storage and refurbishment capabilities, all while locating that expansion on a single, easily-accessible lot within close reach of both LC-40 and LC-39A launch pads.

Put more simply, the addition of this new Kennedy Space Center facility would hugely benefit SpaceX’s ability to launch, land, and re-launch its reusable rockets as rapidly as possible, and would enable the simultaneous storage and refurbishment of as many as 16-20 Falcon 9/Heavy boosters and at least a dozen payload fairing halves. If even more capacity is required, nearly half of lot SpaceX wants to lease would be untouched and give the company another 30 acres of land to expand into as launch cadence ramps or BFR prepares for its first launches from Florida. 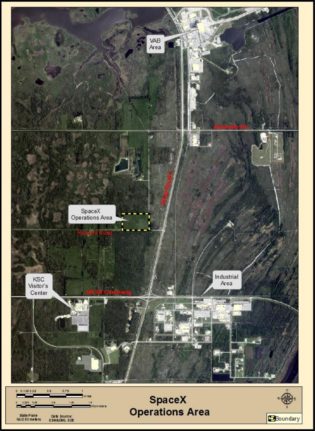 An overview of SpaceX’s prospective KSC facility and nearby landmarks. (SpaceX) 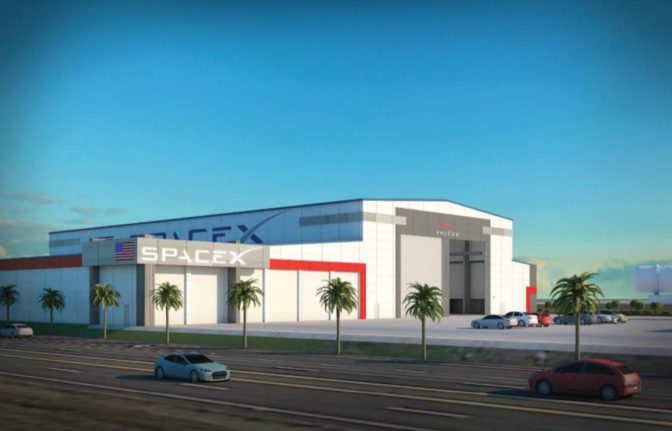 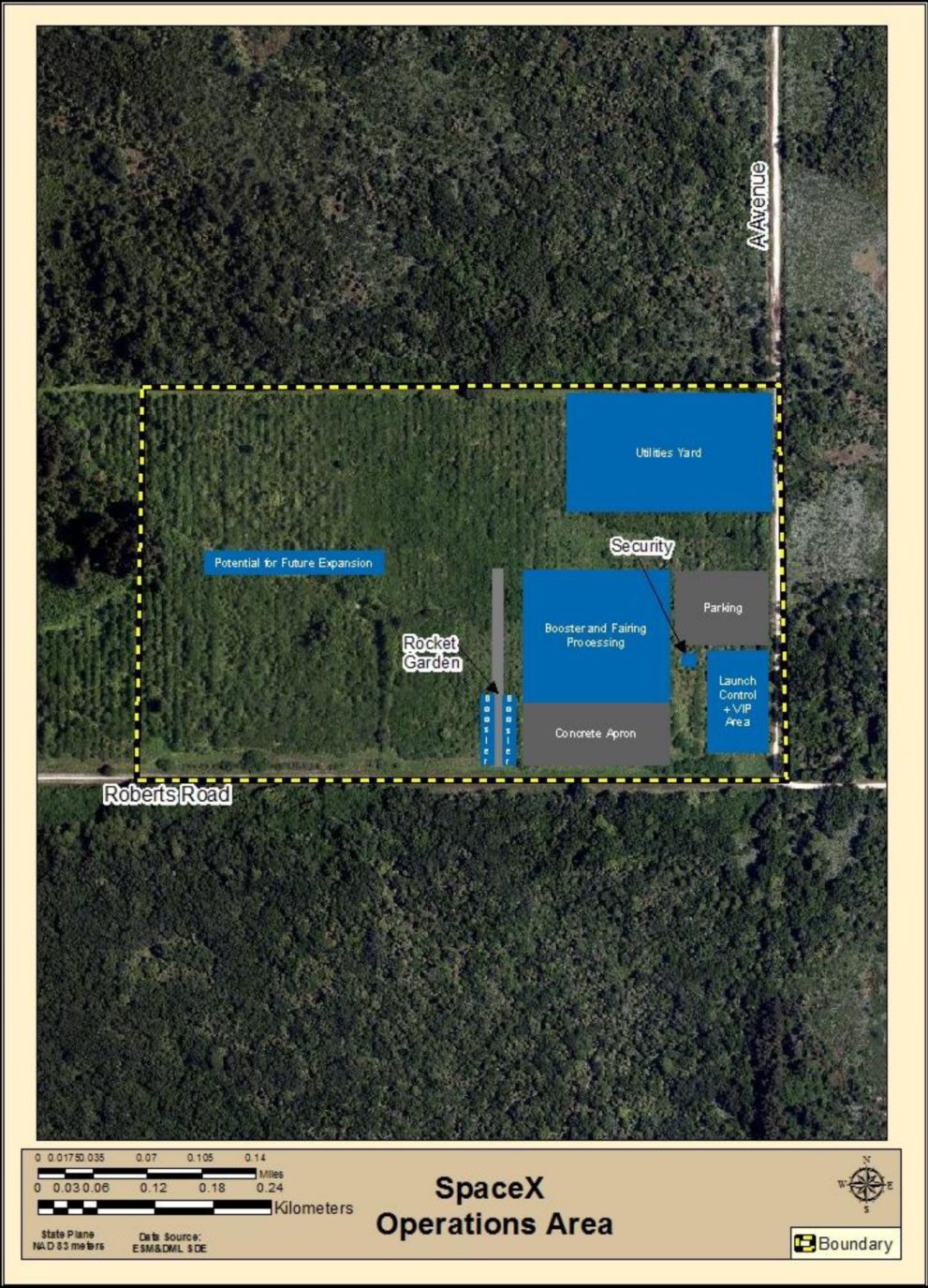 As described in the environmental assessment, more than half of the lot would be free for future expansion. (SpaceX)

According to comments in the April 2018 assessment, the readiness of these new storage and refurbishment facilities could potentially pave the way for – as early as 2020 – more than 60 annual Falcon 9 and Heavy launches from the company’s two Florida launch pads a number which doesn’t even include SpaceX’s California launch site, nor its prospective Texas launch facilities. In order to support ambitious Florida-specific launch rates, SpaceX also intends to construct a 300-foot tall Launch and Landing Control Center (LLCC) pulled straight from a Bond villain’s lair on the new property.

The [LLCC] is envisioned to be world-class, architecturally distinctive, and equipped for satellite, cargo, and crew missions. 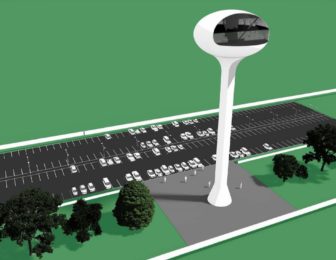 SpaceX’s proposed Launch and Landing Control Center (LLCC). The Bond villain is strong with this one… (SpaceX)

Distinctive is certainly a good way to describe the proposed control center. Not to be outdone, SpaceX also included plans for its own private rocket garden, essentially an elegant graveyard for decommissioned or uniquely historic Falcon 9 and Heavy rocket boosters and fairings, as well as Dragon spacecraft. Perhaps there will be room for pathfinder Mars rockets and spaceships in the future… With any luck, both the control center and proposed rocket garden are intended to be at least partially open to the public, something that would undoubtedly be a huge hit while also awkwardly competing with Kennedy Space Center’s Visitor Center, which features its own rocket garden less than a mile away.

Although BFR and Mars were never mentioned specifically, something SpaceX appears to have been quite stringent about over the last several months, the environmental assessment also briefly mentioned future uses for the same facility that might include “new launch vehicle” developments, perhaps requiring a four-lane expansion of the adjacent Robert’s Road somewhere down the line.

BFR heads to orbit in an updated overview of the Mars rocket. (SpaceX)