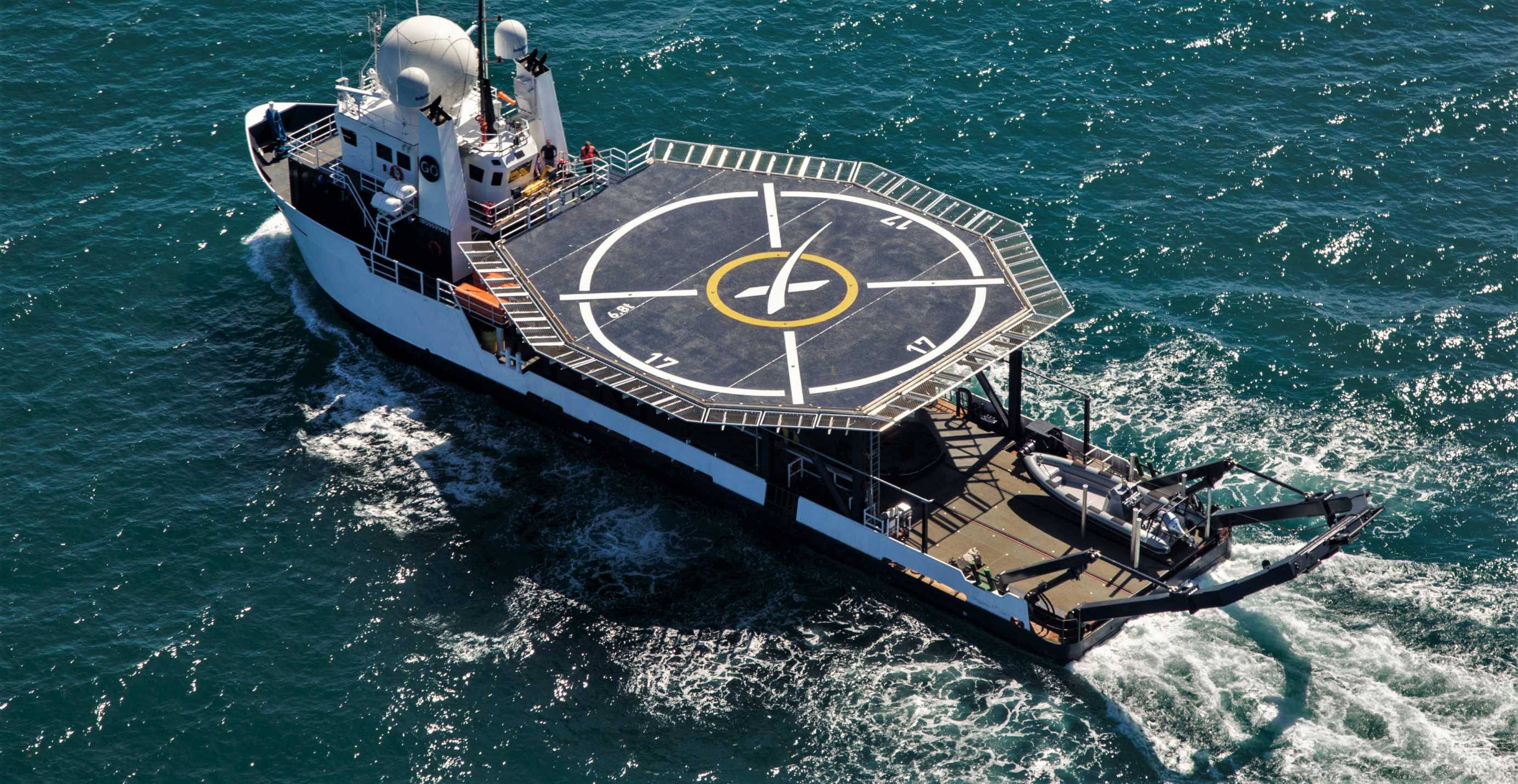 SpaceX is busy preparing for its historic first crew launch, which is scheduled to lift off later this month. To that end, the company’s fleet of recovery vessels are doing trial runs, making sure they have what it takes to pull the crew and spacecraft from the water upon landing, or in the event of an abort.

When the Demo-2 mission comes to an end, it will do something that no other American spacecraft has done since 1975: land in the Atlantic Ocean. After splashdown, recovery crews will have about an hour to locate the crew and transfer them and the spacecraft to one of SpaceX’s recovery vessels.

GO Searcher is one of those vessels. The 167-foot (51 m long) ship is specifically outfitted with a helipad as well as the equipment needed to pull the Crew Dragon spacecraft in from the water. It also has a medical bay to check out the astronauts, will be the primary recovery vessel for each crew mission.

The vessel and its crew were running drills on Friday, May 8, when a call came over marine radio about a stranded boater. According to officials at Port Canaveral and the U.S. Coast Guard, GO Searcher crews pulled the man from the water around 1 p.m. EDT (1700 UTC).

The U.S. Coast Guard reported receiving a distress call earlier that morning. The call, which came in at 11:20 a.m., said that a boater was working on removing debris from the props of the boat when the current pulled the man away.

SEARCHER AND RESCUE: @SpaceX research vessel GO Searcher helped rescue a boater in distress Friday near the Port, the U.S. Coast Guard reported. The SpaceX ship was practicing recovering a Crew Dragon capsule when its crew pulled a man from the ocean around 1 p.m. (Photo: SpaceX) pic.twitter.com/5LYAsyftS3

According to Port officials, the Coast Guard Station Port Canaveral, Florida Fish & Wildlife Conversation Commission teamed up with the Brevard County Sheriff’s Office to search for the man. GO Searcher joined the cause as a good Samaritan and was able to locate the stranded boater.

After the crew pulled him from the water, they transferred the man to a Coast Guard ship. He was reported to be wearing a life jacket and in good condition.

Hopefully, this unexpected event was good practice for the recovery crews who will be on standby during the upcoming Demo-2 mission. They will be positioned out in the Atlantic to scoop up the crew in the unlikely event of an emergency during flight. Crew Dragon has the ability to abort if needed all the way to orbit.

Once the crew is ready to return home, GO Searcher will be waiting.