SpaceX has confirmed that the two large propellant tanks now present at its Boca Chica, Texas facilities will likely to be the last major ground tanks needed to enable the first test flights of the upper stage of its next-gen BFR rocket, known as the Big Falcon Spaceship (BFS).

Expected to begin as soon as late 2019, SpaceX executives have recently reiterated plans for a campaign of hop tests for the first full-scale spaceship prototype, in which the ship will follow in the footsteps of its Falcon 9-based Grasshopper and F9R predecessors.

In a comment provided to a number of local outlets, SpaceX Communications Specialist Sean Pitt stated this about the recent arrival of a second large propellant storage tank at the company’s prospective South Texas test and launch facilities.

While there may have been some slight uncertainty before, this official statement confirms beyond the shadow of a doubt that SpaceX is actively and rapidly preparing its South Texas property for a future of BFR-related tests, spaceship hops, and perhaps even launches.

To fully prove out or at least demonstrate those new technologies, BFS hop testing is likely to be better described as “flight testing”, whereby the spaceship launches vertically but focused primarily on regimes where horizontal velocity is far more important than vertical velocity.

“But by ‘hopper test,’ I mean it’ll go up several miles and then come down. The ship will – the ship is capable of a single stage to orbit if you fully load the tanks. So we’ll do flights of increasing complexity. We really want to test the heat shield material. So I think we’ll fly out, turn around, accelerate back real hard and come in hot to test the heat shield because we want to have a highly reusable heat shield that’s capable of absorbing the heat from interplanetary entry velocities, which is really tricky.” – CEO Elon Musk, October 2017

Focusing on the important things (for fully-reusable rockets)

SpaceX does has significant familiarity with the general style of testing expected to be used to prove out its next-gen spaceship, a major department from anything the company has yet built or flown. Updated in September 2018 by CEO Elon Musk, the craft’s most recent design iteration is reportedly quite close to being finalized. That near-final design prominently features a trio of new aft fins (two able to actuate as control surfaces), two forward canards, and an updated layout of seven Raptor engines.

Critically, SpaceX has decided to commonize BFR’s main propulsion, choosing to skip the performance benefits of a vacuum-optimized Raptor variant for the simplicity and expediency of exclusively using sea level Raptors on both the booster and spaceship. This decision is ultimately strategic and well-placed: rather than concerning early-stage development with the inclusion of a second major branch of onboard propulsion, the company’s engineers and technicians can place their focus almost entirely on a one-size-fits-all version of BFR with plenty of room for upgrades down the road. 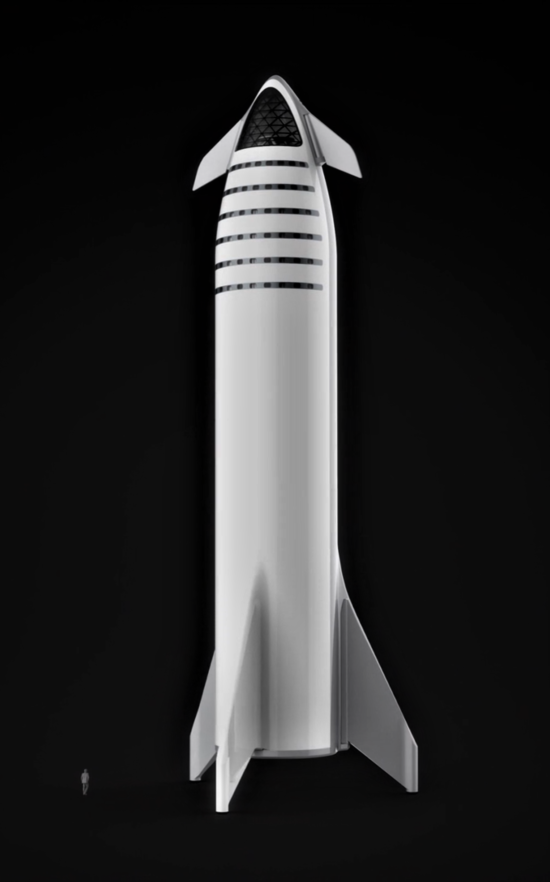 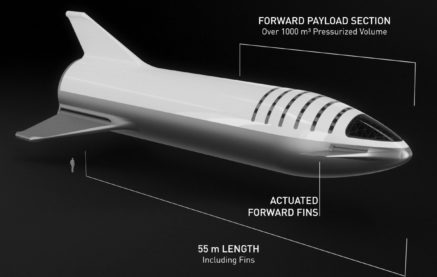 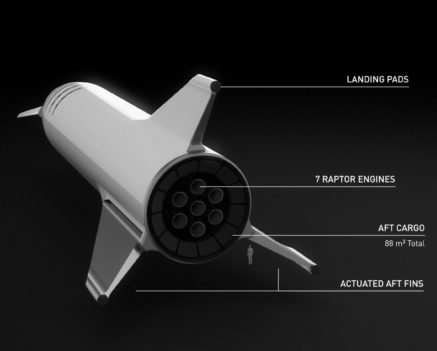 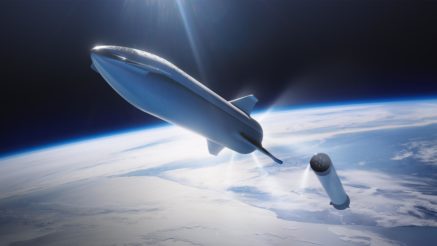 With a rocket as large as BFR and a sea level engine already as efficient as Raptor, the performance downgrade wrought by the initial removal of Raptor Vacuum (RVac) is scarcely more than a theoretical diversion. The specific performance numbers remain to be seen but will likely be greater than 100 metric tons (~220,000 lbs) to low Earth orbit (LEO). Past a certain point, however, the actual performance to LEO and beyond is almost irrelevant, at least from a perspective of individual launches. The paradigm SpaceX is clearly already interrogating is one where the cost of individual launches is so low relative to today’s expendable launch pricing ($5,000-20,000/kg to LEO) that it will almost be anachronistic to design or work with a single-launch-limit in mind, a limit that is just shy of a natural law in the spaceflight industries of today.

Because SpaceX has already demonstrated expertise in vertically launching, landing, and generally controlling large rockets, the main challenges faced with BFR are more operational than purely technical. To be clear, the technical challenges are still immense, but successfully solving those challenges by no means guarantees that the aircraft-like operational efficiency needed for BFR to succeed can or will be fully realized. 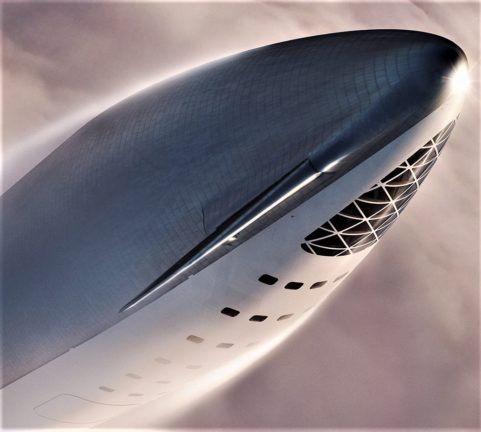 In 2016, Musk pegged SpaceX’s cost goals for a BFR-style fully-reusable rocket at less than $1M per launch for booster and spaceship maintenance alone, or $3.3M per launch with amortization (paying for the debt/investment incurred to fund BFR’s development) and propellant estimates included. To realize those ambitious costs, SpaceX will effectively have to beat the expendable but similarly-sized Saturn V’s per-launch costs (~$700M) by a factor of 100 to 200 – more than two orders of magnitude – and SpaceX’s own Falcon 9 and Heavy launch costs (~$55M to $130M) by 20-50X.

To even approach those targets, SpaceX will need to learn how to launch Falcon and BFR near-autonomously with near-total and refurbishment-free reusability, while also developing and demonstrating orbital refueling capabilities that do not currently exist and rapidly maturing large-scale composite tankage and structures. None of those things require Raptor Vacuum.