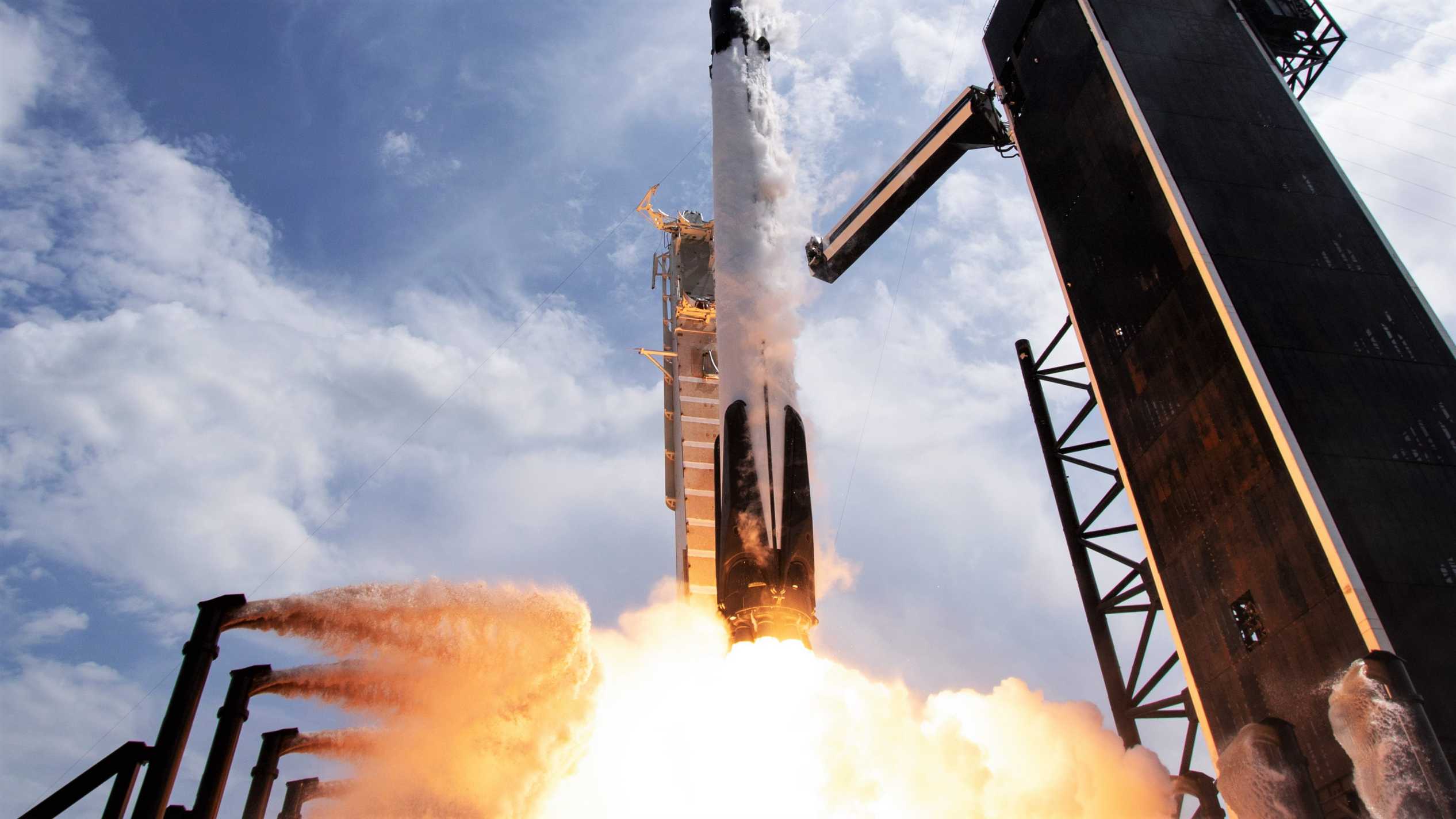 Despite multiple consecutive delays, Falcon 9 B1058 still has a shot at beating a rocket reuse world record. (NASA)

After multiple delays, SpaceX’s next launch is once again ~24 hours out and the Falcon 9 booster assigned to still has a shot at breaking a world record for rocket reuse.

In a sign that SpaceX’s rocket reuse program continues to make progress, the company assigned Falcon 9 booster B1058 to the launch – initially just 45 days after it debuted in support of Crew Dragon’s own May 30th astronaut launch debut.

As previously discussed on Teslarati, a 45-day turnaround would have crushed a 54-day world record held by NASA’s Space Shuttle that was set more than three decades ago. While the Space Shuttle was an orbital vehicle and likely 10-100 times more complex than SpaceX’s Falcon 9 booster, the workforce it needed to set that turnaround record was closer to 500-1000 times larger than the teams needed to reuse Falcon 9.

To “reuse” Space Shuttles and the Main Engines (SSMEs; now RS-25s) that powered them, NASA and its contractors had to extensively disassemble and reassemble the vehicles, removing and refurbishing the engines and several thruster pods before reinstalling them. Up to 4000 parts would have to be replaced each launch, while 7000 of the main engines’ 50,000 parts would also have to be replaced periodically. According to NASA, each Shuttle required at least 750,000 work hours of refurbishment and rework between flights. Per comments recently made by CEO Elon Musk, SpaceX may require just a few dozen employees and 4-6 weeks to turn a Falcon 9 booster around. That could mean that as few as 5000-10,000 work hours are required per Falcon 9 reuse, 75-150 times fewer than the Shuttle’s average.

As of now, Falcon 9 booster B1058 could still beat Space Shuttle Atlantis’ 54-day record if it launches before July 23rd. A July 20th launch would still break the Shuttle’s record by three days despite roughly three weeks of ANASIS II mission delays. Notably, most – if not all – of those delays appear to have been caused by issues found on the second stage, new hardware that is expended after every launch. Falcon 9 B1058 completed a successful static fire test on July 11th, just 42 days after it launched astronauts into orbit and just 38 days after the booster returned to dry land after its first flight.

With a little luck, B1058’s proven potential for smashing reuse records will mean that SpaceX is able to rapidly turn the rocket around for future launches, assuming successful landings. For now, SpaceX’s next launch is on track to lift off NET 5 pm EDT (21:00 UTC) on July 20th. In a rarity, SpaceX has a nearly four-hour window to launch, leaving plenty of flexibility if weather or minor technical bugs require some additional time. The company’s official webcast will begin roughly 15 minutes prior to liftoff.