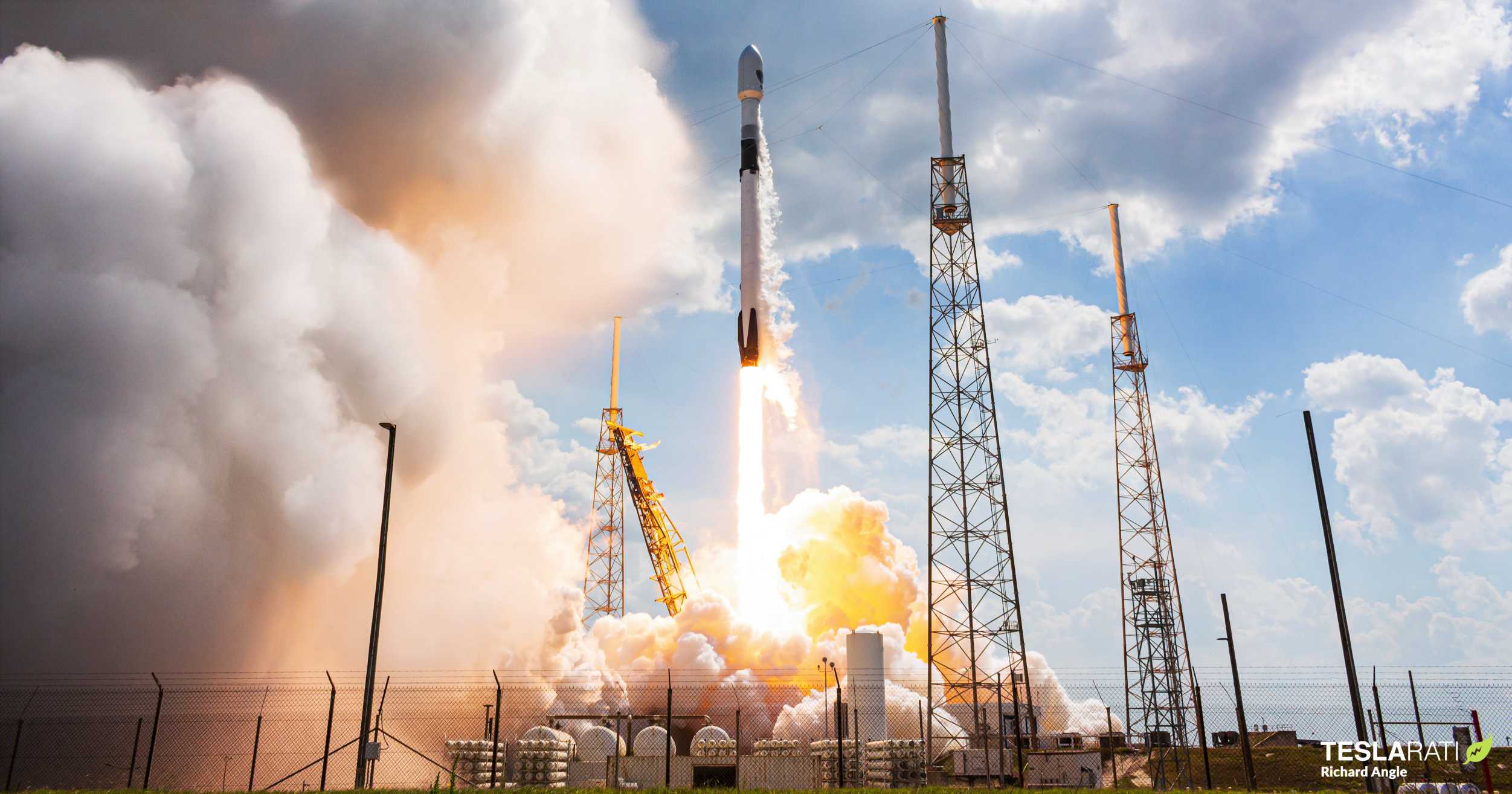 SpaceX to revive polar launch trajectory from Florida, a first in 60 years

SpaceX is set to make history by returning southern trajectory polar corridor launches to Florida’s Space Coast with the launch of the Argentine SAOCOM-1B radar observation satellite later this month. Tentatively set to get off the ground no earlier than Saturday, July 25 the SAOCOM-1B mission has suffered delays ranging from hardware processing and integration to international launch team travel restrictions as a result of the global coronavirus pandemic.

In late February 2020, the SAOCOM-1B satellite departed Argentina aboard a Russian Antonov AN 124 cargo aircraft and arrived at the Shuttle Landing Facility in Cape Canaveral, Florida. It was expected that launch and processing teams from Argentina’s National Commission for Space Activities (CONAE) would quickly follow to meet a March launch timeline. However, international travel restrictions imposed by the Argentine government in early March meant that SpaceX would have to wait an indeterminant amount of time to attempt the historic polar launch from Florida. As a result, the satellite was put into storage in one of SpaceX’s satellite processing facilities in Florida to await the arrival of its launch team.

A change in launch plans

The SAOCOM-1B satellite was initially thought to launch from Vandenberg Air Force Base (VAFB) in California just as its twin predecessor, the SAOCOM-1A satellite did in October of 2018. At the time VAFB was the only US-based launch site used for polar orbit launch corridor services. However, Cape Canaveral Air Force Station had previously announced the option to re-open a southern polar orbit launch corridor from Florida in 2017, a launch trajectory that hadn’t been used in over half a century.

The option of polar trajectory launches from Florida increased SpaceX’s capacity to streamline its launch manifest to the company’s dual launchpad locations on Florida’s East Coast. In 2019, as reported by Michael Baylor of NASASpaceflight.com, SpaceX formally requested to move the launch of the SAOCOM-1B satellite from VAFB to Florida utilizing a southern, coast-hugging dog-leg trajectory over Cuba to a final polar orbital inclination.

For those asking for a visual of what a southward, doglegged polar launch trajectory out of Cape Canaveral will look like, here you go. https://t.co/FTTW8mbq0J pic.twitter.com/59YXoERkQl

The SAOCOM-1B satellite will join its L-Band, synthetic-aperture radar (SAR) SAOCOM-1A sister satellite in a sun-synchronous orbit (SSO) – essentially an orbit over the poles of the planet that allows the solar arrays of the satellite to be in sunlight at any given time. The satellites operate in SSO and use L-Band and synthetic-aperture radar to create two-dimensional, all-weather Earth observation imagery to assist in global disaster-monitoring efforts. The sister satellites will also work in conjunction with a constellation of four Italian satellites already in orbit operated by COSMO-SkyMed.

Following the easement of certain international travel restrictions in mid-July, a slim crew of 18 team members from CONAE and SAOCOM-1B satellite manufacturer INVstigacion APlicada (INVAP) was permitted to travel to Florida. The team members tested negatively for the COVID-19 virus prior to commercially traveling to Florida from Argentina, as well as, after their arrival at Miami International Airport. The team observed a two-week period of quarantine prior to traveling to SpaceX facilities at Cape Canaveral Air Force Station to begin pre-operational tasks.

On Monday, July 13 the team was able to get to work on launch campaign tasks with the satellite that had endured months of storage. The team ensured the health of the satellite and completed a full launch day simulation managed remotely from locations in Florida and Argentina. Following a successful run through and check of the satellite’s operational status, the launch campaign has just a few remaining steps before rocketing SpaceX into the history books once again.

SpaceX and CONAE teams will work together to safely encapsulate the satellite inside of a protective Falcon 9 payload fairing and mate the payload with the first stage Falcon 9 booster. Furthermore, the teams will complete a joint integration test of the payload and launch vehicle before finally transporting it to the launch pad.

The SpaceX launch manifest has recently undergone some schedule shuffling potentially leaving the SAOCOM-1B mission to be third in line behind the launch of the South Korean ANASIS-II military communications satellite and the delayed Starlink-9 mission. However, earlier in the week, the Starlink-9 booster was lowered from launch position at LC-39A and returned to the horizontal integration facility following a scrubbed launch attempt with SpaceX citing that more time was necessary to perform final check-outs. This most likely suggests that SpaceX plans to push the SAOCOM-1B mission ahead of Starlink-9 in the launch manifest.

According to CONAE, the SAOCOM-1B mission launch window extends from Saturday, July 25 to Thursday, July 30 with a targeted liftoff at approximately 7:19 p.m. EDT (2319 GMT) from SLC-40.

SpaceX to revive polar launch trajectory from Florida, a first in 60 years