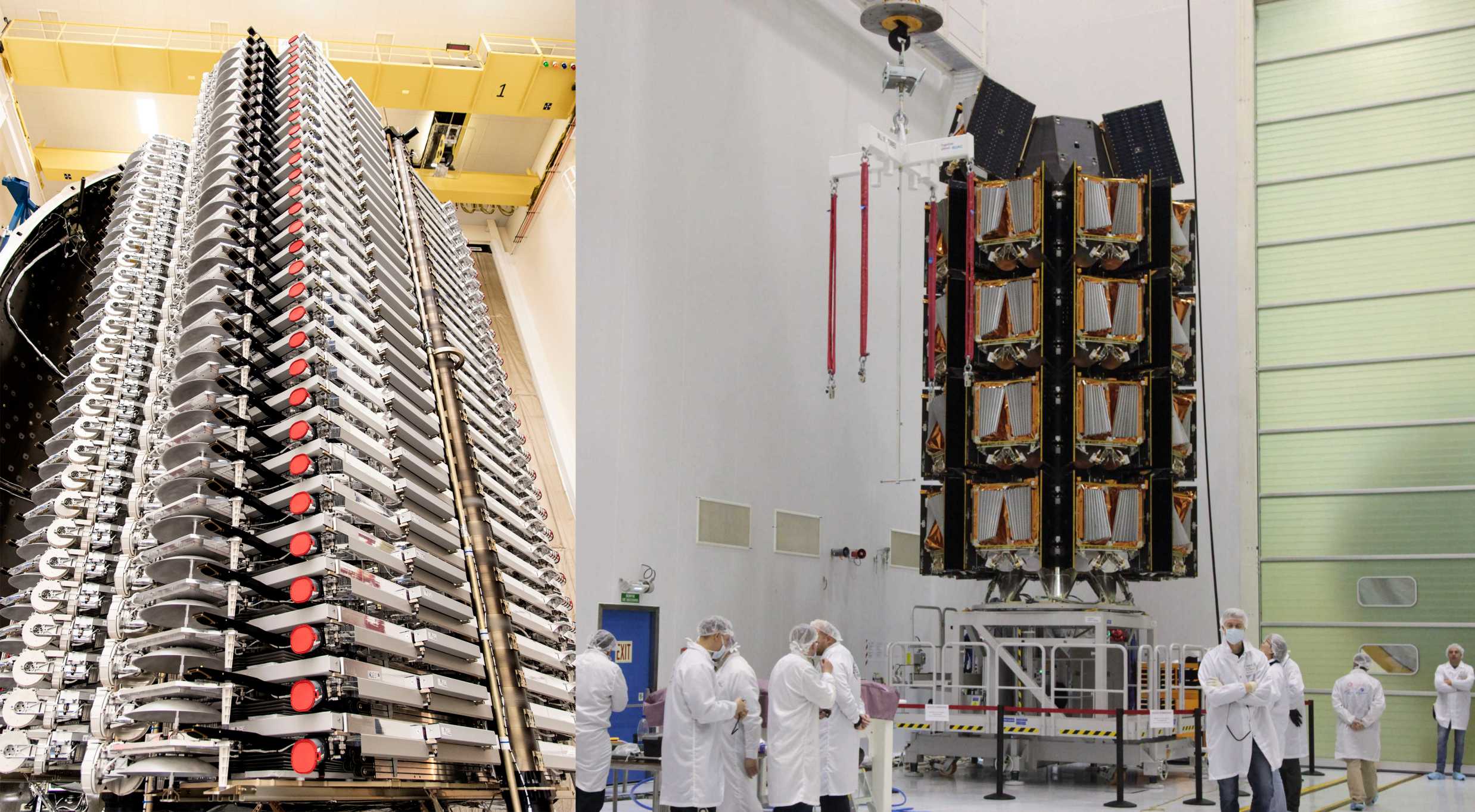 SpaceX's main Starlink constellation competitor is running out of money

Following the completion of its first full 34-satellite launch with a Russian Soyuz rocket on February 7th, OneWeb managed to complete a second launch on March 22nd just a few days after Bloomberg revealed its bankruptcy concerns. OneWeb now has 74 ~150-kg (330 lb) satellites in orbit – roughly 11% of its initial 650-satellite constellation. Like SpaceX, OneWeb’s goal is to manufacture and launch an unprecedented number of high-performance small satellites for a per-spacecraft cost that would have previously been inconceivable.

SpaceX’s Starlink, OneWeb, Telesat, Amazon Project Kuiper, and other prospective low Earth orbit (LEO) communications constellations all aim to provide high-speed, low-latency internet services to users almost anywhere on the surface of Earth. First and foremost, those constellations would seek to provide service to those who want broadband internet but have yet to be connected through traditional ground-based means by existing internet service providers (ISPs) that are either unable or unwilling to do so. Simply put, that is not an easy goal and OneWeb now appears to be heading towards sunset despite the wealth of resources it at one point possessed.

Requiring numerous revolutions in satellite manufacturing, antenna production, and launch vehicle affordability, as well as a vast and complex network of ground terminals, numerous companies have tried and failed to rise to the challenge over the decades. Original Globalstar, Teledesic, and Iridium constellations all raised more than $10 billion in the 1990s under the promise of blanketing the Earth with internet from space. All wound up bankrupt at one point or another.

Globalstar eventually completed an operational constellation, as did Iridium. Piggybacking off of many painful lessons-learned, Iridium even managed to become profitable, stable, and sustainable enough to fund an entirely new replacement constellation, launched on eight SpaceX Falcon 9 missions and completed in January 2019.

Short of a miracle, especially given the imminent economic catastrophe now facing much of the world, OneWeb appears to be close to becoming the latest body on a very tall pile. As if OneWeb learned nothing from the fates of those that came before, it has somehow managed to run out of money (or nearly so) despite having raised more than $3.4 billion in just four years. How OneWeb managed to turn $3.4 billion into a single factory and ~75 satellites in orbit is undoubtedly a mystery worth demystifying but for now, all that’s known is that the company is concerned about coronavirus impacts and anticipates imminent layoffs on top of future launch and production delays.

Ever the lone wolf, SpaceX forges ahead

Speaking earlier this month at the SATELLITE 2020 conference, SpaceX CEO Elon Musk frankly noted that Starlink – SpaceX’s exceptionally ambitious entrant to the LEO satellite internet race – was a work in progress with a real chance of failure. He made it clear that he was aware the constellation is now navigating a graveyard that has brought numerous companies with far more funding to their knees – now possibly including OneWeb. Nevertheless, SpaceX has shown no signs of slowing down. It’s possible – if not all but guaranteed – that the company’s Redmond, Washington-based has already been severely impacted by the coronovirus pandemic, given that the state is one of the US epicenters.

The company’s Los Angeles rocket factory is also likely to begin to experience major impacts as the city starts to take pandemic-related threats seriously. SpaceX’s Florida launch facilities and Texas Starship factory and development facilities are much less likely to be harmed in the interim. It’s another question entirely whether continuing to operate large factories and facilities is the right thing to do for SpaceX’s employees and the regions they reside in, whether states intervene or governments govern.

Nevertheless, thanks to the fact that SpaceX’s Washington factory has been building satellites 50% faster than it can launch them, it’s likely that at least one or two (if not several) launches worth of Starlink satellites are stockpiled and waiting to fly. The company’s next Starlink mission (Starlink L7 or V1 L6) is expected to launch no earlier than (NET) April 2020. The global pandemic could potentially create some open space in the company’s near-term manifest, but it could just as easily make SpaceX’s US launch activities next to impossible.

SpaceX has already delivered 360 Starlink satellites to orbit, 300 of which were launched in the last four months alone and all but ~10 of which are believed to still be operational. Barring increasingly likely delays from the growing pandemic, SpaceX anticipated it could have enough spacecraft in orbit (~500-600 satellites) to begin serving internet to customers in Canada and the northern US as early as this summer. For now, we’ll have to wait and see how things shake out in the coming weeks.

SpaceX's main Starlink constellation competitor is running out of money