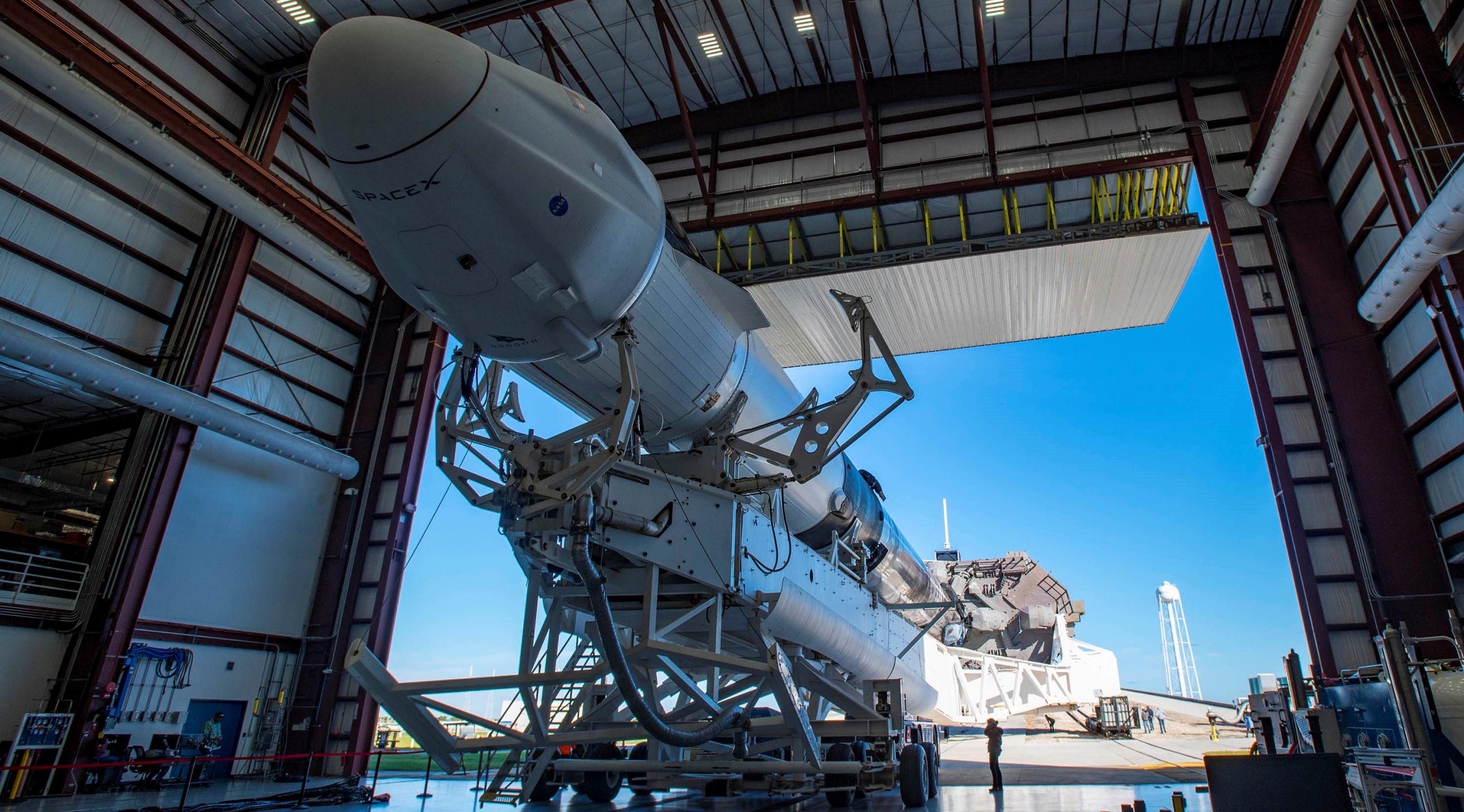 SpaceX and NASA have decided to call off an imminent Cargo Dragon 2 space station resupply mission after discovering a possible fuel leak while loading the spacecraft with propellant.

As a result, in an event that has become extremely rare for SpaceX, the launch has been indefinitely delayed after a recent series of slips from June 7th to the 9th, 10th, and 12th. Now, NASA says that it has fully stood down from any possible launch attempt this week, pushing CRS-25’s trip to the International Space Station (ISS) to June 13th at the absolute earliest.

“NASA and SpaceX are standing down from this week’s Falcon 9 launch of the CRS-25 cargo mission to the International Space Station. Officials from NASA and SpaceX met today to discuss an issue identified over the weekend and the best path forward.

During propellant loading of the Dragon spacecraft, elevated vapor readings of mono-methyl hydrazine (MMH) were measured in an isolated region of the Draco thruster propulsion system. The propellant and oxidizer have been offloaded from that region to support further inspections and testing. Once the exact source of the elevated readings is identified and cause is determined, the joint NASA and SpaceX teams will determine and announce a new target launch date.”

The issue appears to have been discovered within the last few days, possibly explaining some of CRS-25’s small delays since May 19th. According to NASA, while loading Dragon with propellant, SpaceX detected “elevated vapor readings” of monomethylhydrazine (MMH) fuel in one “isolated region” related to the spacecraft’s propulsion system. After detecting the anomaly, SpaceX drained that particular section of fuel and oxidizer to allow for further inspections and testing to determine the “exact source” and its cause. Only once the source and cause have been determined will NASA and SpaceX announce a new launch date.

As is often the case with all kinds of rockets and spacecraft, there’s a good chance that the culprit of the unexpected detection of fuel vapors is a misbehaving valve. SpaceX will now need to figure out and fix exactly what went wrong before Cargo Dragon 2 C208 will be allowed to attempt its third orbital resupply mission since December 2020.

Perhaps even more importantly, given just how similar Cargo Dragon 2 is to SpaceX’s Crew Dragon spacecraft, the results of that investigation will have ramifications that reach far beyond a lower-risk uncrewed cargo delivery. As has been the case almost every day since November 2020, a Crew Dragon spacecraft is already docked with the ISS as part of an operational NASA astronaut transport mission. Crew-4’s Dragon is scheduled to return the four astronauts it recently carried to the station back to Earth as early as September 2022. A different Crew Dragon is scheduled to launch Crew-5 around the same time.

Given the similarity of all the reusable capsules in SpaceX’s Dragon fleet, there’s an omnipresent risk – however small – that any issue with one spacecraft could be present on all others. But on the opposite side of that sword, even the discovery of a more minor or isolated issue on any of SpaceX’s eight operational Dragon spacecraft – including uncrewed capsules like C208 – can help make the entire fleet safer and more reliable.

For now, CRS-25 has been effectively grounded. SpaceX’s next launch, carrying the Egyptian communications satellite Nilesat-301, is scheduled no earlier than (NET) June 8th.