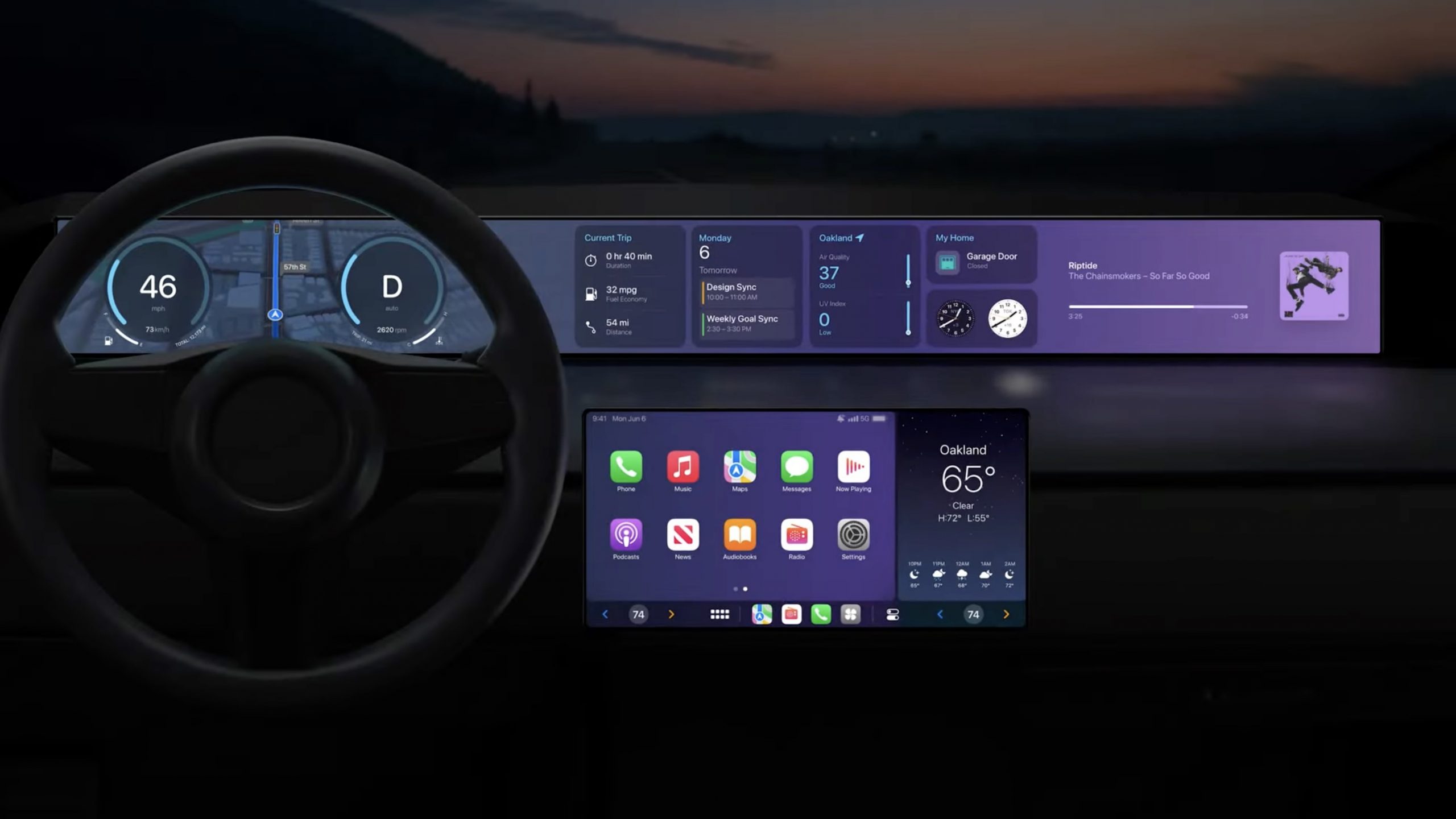 During WWDC 2022—on Monday, June 6, 2022—Apple announced its next-gen CarPlay software, which aims to reinvent the in-car experience. One of the biggest changes for the next-gen CarPlay would be its full integration with basic car functions like climate controls or tuning the radio. Previously, basic car functions were separate from Apple’s CarPlay.

The new Apple CarPlay will also fully utilize all the screens automakers are starting to place in their vehicles.

“And no matter what type of unique screen shapes or layouts you may have, this next generation of CarPlay feels like it was made specifically for your car,” said Emily—the presenter for Apple’s CarPlay at the WWDC 2022.

Apple aims to display widgets on the screens, mimicking those on users’ iPhones. Apple claims that widgets can be placed at the center of the gauge cluster, displaying information such as fuel economy, weather updates, and the remaining time of a current trip. Carplay will also let drivers choose different themes and styles for their gauges.

“In fact, this next generation of CarPlay powers your entire instrument cluster,” stated Apple’s presenter. “To do this, your iPhone communicates with your vehicle’s real-time systems in an on-device, privacy-friendly way, showing all of your driving information speed, RPMs, fuel level, temperature, and more.”

Apple is reportedly working on its own vehicle. The next-gen CarPlay would fit into an Apple Car very well. Some rumors suggest that the tech giant is also developing a self-driving system for the Apple Car.

Check out Apple’s CarPlay presentation below, starting 37:52 in the video below!