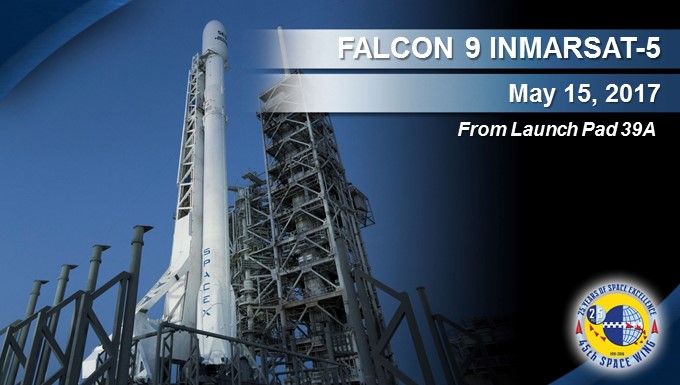 So far, everything looks like a “go”, and this happy customer recently announced their satellite’s arrival at SpaceX’s facility for launch prep (excitedly, I might add).

Our #GlobalXpress satellite has arrived at @SpaceX for testing & fuelling in prep for launch! #I5F4 – increasing broadband comms worldwide! pic.twitter.com/MxV3XXAUTw

After launching from historic pad 39A in Cape Canaveral, Florida, the first stage of the Falcon 9 rocket will separate, then come tumbling back through the atmosphere and burn up or break apart upon reentry.

That’s right. There will (assumingly) be no first stage landing attempt after this launch. If that’s a bummer, it may be safe to say that we’ve become spoiled by now. And rightly so:

It’s always possible that SpaceX will opt to do some maneuvering in lieu of a landing to gather experimental data, but “nothing to see here” will likely be the result for the casual launch observer. Why no landing? It’s a weight(y) issue.

Coming in at some 6000 kg, the Inmarsat-5 exceeds Falcon 9’s current landing-after-launch payload capacity maximum of approximately 5300 kg. In case you’re curious, the heaviest payload launched with a landing to-date was the SES-10, and that came in at around 5250 kg. (Thanks for the tidbits, Reddit.)

Fun Fact: This satellite was originally scheduled to fly on a Falcon Heavy.

The launch window for Inmarsat-5 F4 opens at 7:20 PM EST, and the static fire is set to happen on May 11th.

Pending post NROL-76 launch review, the next Falcon 9 will head to 39A (NET) May 11 for the Static Fire ahead of the Inmarsat 5 F4 mission. pic.twitter.com/3LdNifnzVA

This will be SpaceX’s second launch for the month of May, and if all goes according to plan, yet a third launch will successfully send a payload to the International Space Station on May 31st with CRS-11. Heads-up for more history: That mission will be the first reuse of the Dragon capsule, the Space Shuttle being the only other orbital-class vehicle to have done such, um, repurpose-ing.