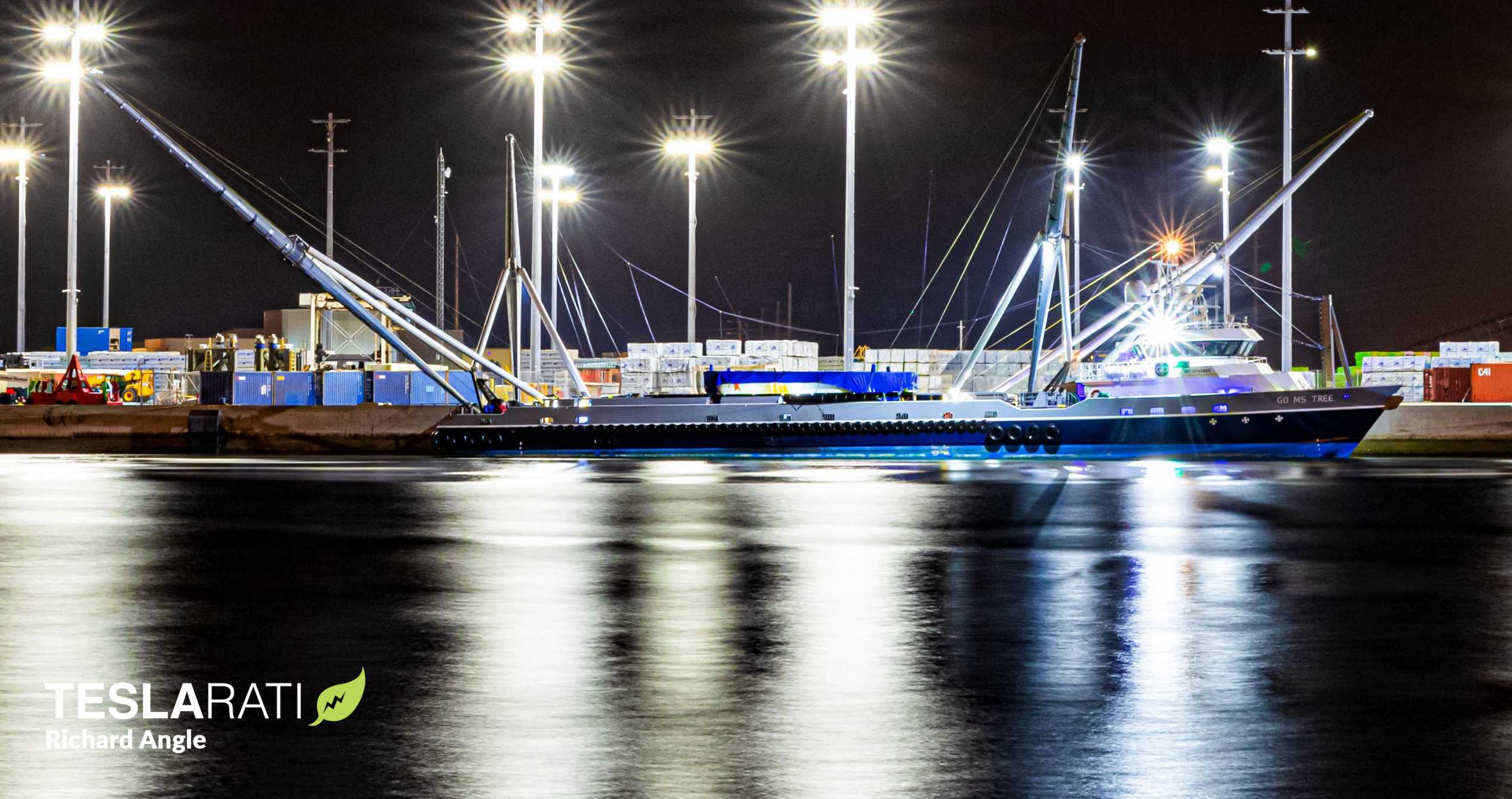 One of SpaceX's two fairing catcher ships is pictured after returning to Port Canaveral with its sister ship on July 22nd. (Richard Angle)

In a milestone more than three years in the making, SpaceX has successfully caught both halves of a Falcon 9 rocket’s payload fairing (i.e. nosecone) and shared videos of the historic feat.

Meanwhile, twin ships GO Ms. Tree and GO Ms. Chief returned to Port Canaveral before dawn on July 22nd with their trophies safely in hand. After years of development, at least a dozen failed catch attempts, numerous soft ocean landings, and the introduction of a second identical recovery ship, SpaceX has finally proven that a full rocket fairing can be recovered for (relatively) easy reuse.

Ironically, just eight months ago, SpaceX reused an orbital-class payload fairing for the first time, proving that fairings can be recovered and reused even if they fail to land in a recovery ship’s net. As such, the milestone is slightly less monumental than it otherwise could have been – but that’s not a bad thing, in this case. Most importantly, the successful catch of both halves of a Falcon fairing serves as a reminder of SpaceX’s extraordinary tenacity in the face of repeated failures and the reality that – given enough time and resources – the company almost invariably achieves its goals.

In the scope of orbital-class rocket recovery and reusability, payload fairings – nosecones that protect payloads from the atmosphere and environment and deploy several minutes after launch – rarely register. Relative to launch vehicle stages, the fairing typically represents a small fraction of the overall rocket’s cost. However, when built almost entirely out of carbon fiber composites to save as much weight as possible, they can require an outsized amount of labor and production time. At the same time, for a company like SpaceX that has already effectively solved the problem of routine booster recovery and reuse, a part that may have once represented a small fraction of launch costs can quickly become a major portion.

For Falcon 9, with the booster representing something like 65% of the rocket’s material cost, the payload fairing’s share of overall launch cost with a reused booster can quickly balloon from 10% to ~30%. Of course, those savings really only register from an internal perspective, which is precisely way SpaceX has continued to invest in fairing reuse after years with minimal success. Cutting ~30% off the material cost of the dozens to hundreds of Starlink launches planned over the next several years could easily save SpaceX hundreds of millions of dollars.

As such, SpaceX continues to reap the benefits of a healthy, industry-leading commercial launch business, more or less allowing it to pay for the production of rockets and facilities by launching a few commercial missions before moving on to many, many more Starlink launches. Up to now, only Falcon boosters have been able to take advantage of that unique opportunity, but SpaceX has very recently begun to reuse payload fairings – also frequently debuting on commercial missions. As of July 23rd, SpaceX has reused Falcon 9 and Falcon Heavy fairings three times, all on Starlink satellite launches.

On July 20th, Falcon 9 booster B1058 lifted off for the second time after a record-breaking turnaround, carrying South Korea’s ANASIS II military communications satellite and a fresh payload fairing atop a new upper stage. Simultaneously breaking a drought of fairing catches, GO Ms. Tree and GO Ms. Chief successfully caught both halves of said payload fairing in their respective nets for the first time ever. Protected from saltwater immersion that can easily corrode the aluminum both inside and outside the fairings, the successful catch all but guarantees that SpaceX will be able to quickly and easily reuse this fairing on a future Starlink mission.

Two simultaneously successful catches after 12 attempts – three successful – in ~30 months is either an extraordinary fluke or a sign that SpaceX may have solved fairing recovery after years of hard work and iterative improvement. SpaceX’s next firm launch is scheduled no earlier than July 30th and another Starlink mission could potentially happen between now and then, so the company should have several attempts to test its fairing recovery luck in the near future.