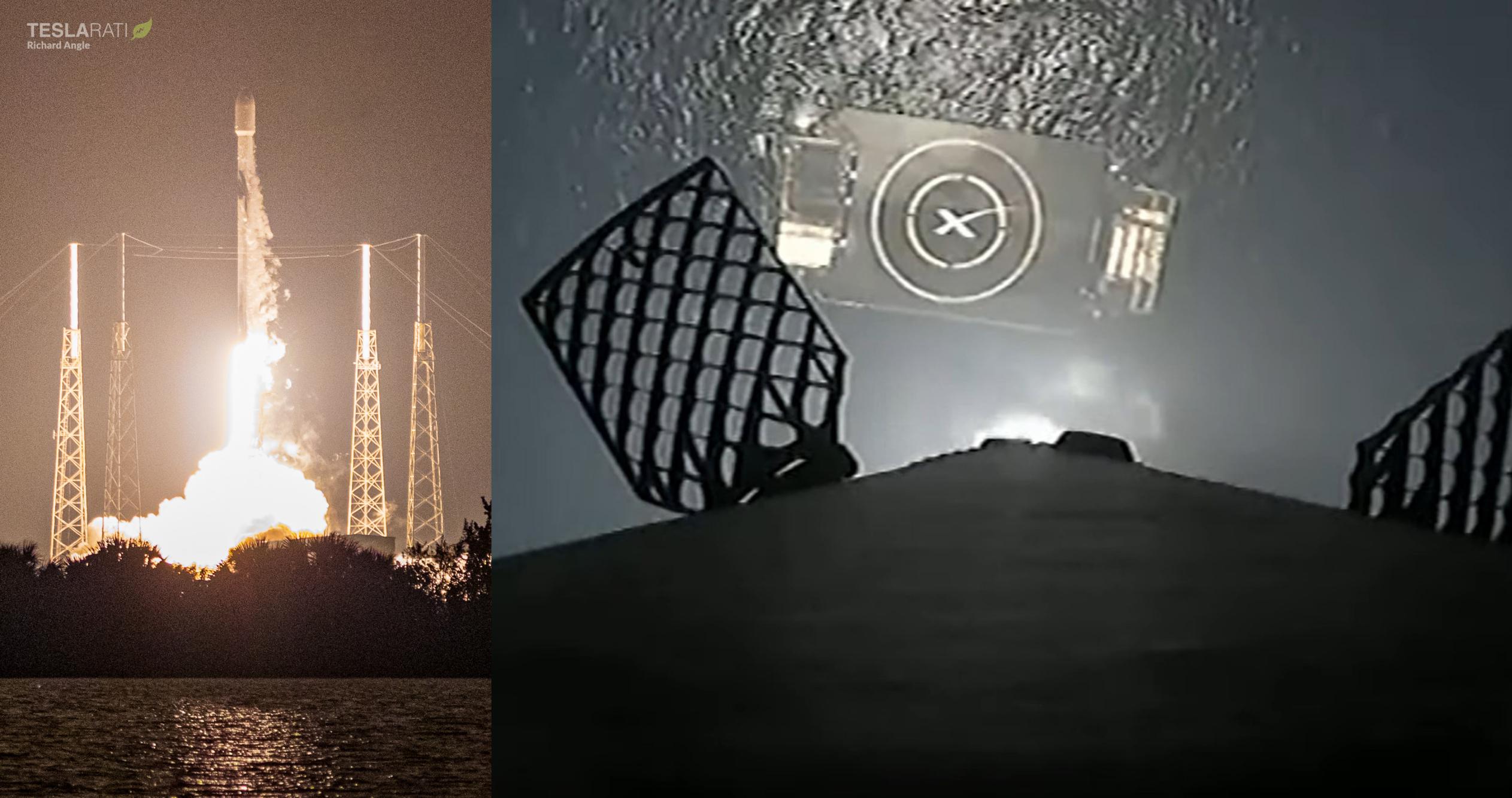 Falcon 9 B1051 is ready to set a new reusability record. (Richard Angle)

SpaceX Falcon 9 booster B1051 has become the company’s ‘fleet leader’ after acing its 12th orbital-class launch and landing – a new record for the rocket family.

After a roughly 90-minute weather delay, Falcon 9 lifted off without issue around 12:48 am EST on March 19th. Booster B1051 touched down on drone ship Just Read The Instructions (JRTI) about nine minutes later, followed by the successful deployment of 53 Starlink V1.5 satellites just over an hour after launch. Starlink 4-12 was SpaceX’s 11th successful launch in the first 11 weeks of 2022. SpaceX CEO Elon Musk says that Starlink 4-12 was also the heaviest payload ever launched by Falcon 9, weighing in at 16.25 metric tons or ~35,800 pounds.

It’s not entirely clear how SpaceX was able to expand Falcon 9’s performance envelope or how far the envelope was pushed. In May 2019, Musk actually claimed that the Starlink V0.9 payload would weigh “18.5 tons” and be SpaceX’s heaviest payload ever, whereas three years later he says Starlink 4-12 set a new record of 16.25 metric tons. Assuming Musk was referring to short tons in 2019 and that SpaceX’s Starlink payload adapter and the tensioning rods that hold the stack together are roughly the same weight (~3 mT) three years later, the true total mass of Starlink 4-12’s payload could be as high as 19-19.5 metric tons (~42,000 lb). Its 53 Starlink V1.5 satellites, meanwhile, would weigh about 307 kilograms (~675 lb) each.

In other words, Starlink 4-12’s record-breaking payload could be up to 2.5 metric tons – about 15% – heavier than the Starlink V0.9 payload that set SpaceX’s internal record in 2019.

While ‘just’ the latest in an increasingly routine line of Starlink launches, SpaceX has confirmed that the mission will also set a new record for Falcon 9 reusability. Setting minor records is practically just as common for the average SpaceX launch but this particular record is more significant: if all goes according to plan, booster B1051 will become the first Falcon 9 first stage to complete 12 orbital-class launches and landings, pushing the envelope that much further.

The second oldest Falcon 9 booster that’s still operational, B1051 debuted in a significant way on March 2nd, 2019 by supporting Demo-1, Crew Dragon’s first uncrewed test flight. The launch was a perfect success and simultaneously kicked off the prolific careers of Crew Dragon and Falcon 9 B1051, both of which continue to have an excellent track record. Since Demo-1, B1051 has also supported the launches of Canada’s RADARSAT constellation, SiriusXM’s SXM-7 radio satellite, and 469 Starlink spacecraft spread over eight separate missions.

Starlink 4-12 will be its 12th launch and is set to occur just over two weeks after the third anniversary of its launch debut, translating to an average of one launch every three months or ~93 days. As an older booster and a fleet leader for several reusability milestones, B1051’s average turnaround time between launches – ~100 days – isn’t exceptionally impressive, though the booster has still accomplished a great deal.

However, newer boosters like B1058 and B1060 – both of which have much faster average turnaround times – are tied with B1051 at eleven flights each. One of the two is almost guaranteed to supersede B1051 in the very near future and become SpaceX’s new fleet leader, meaning that either B1058 or B1060 is likely to be the first to set new reusability records after B1051’s 12th flight.