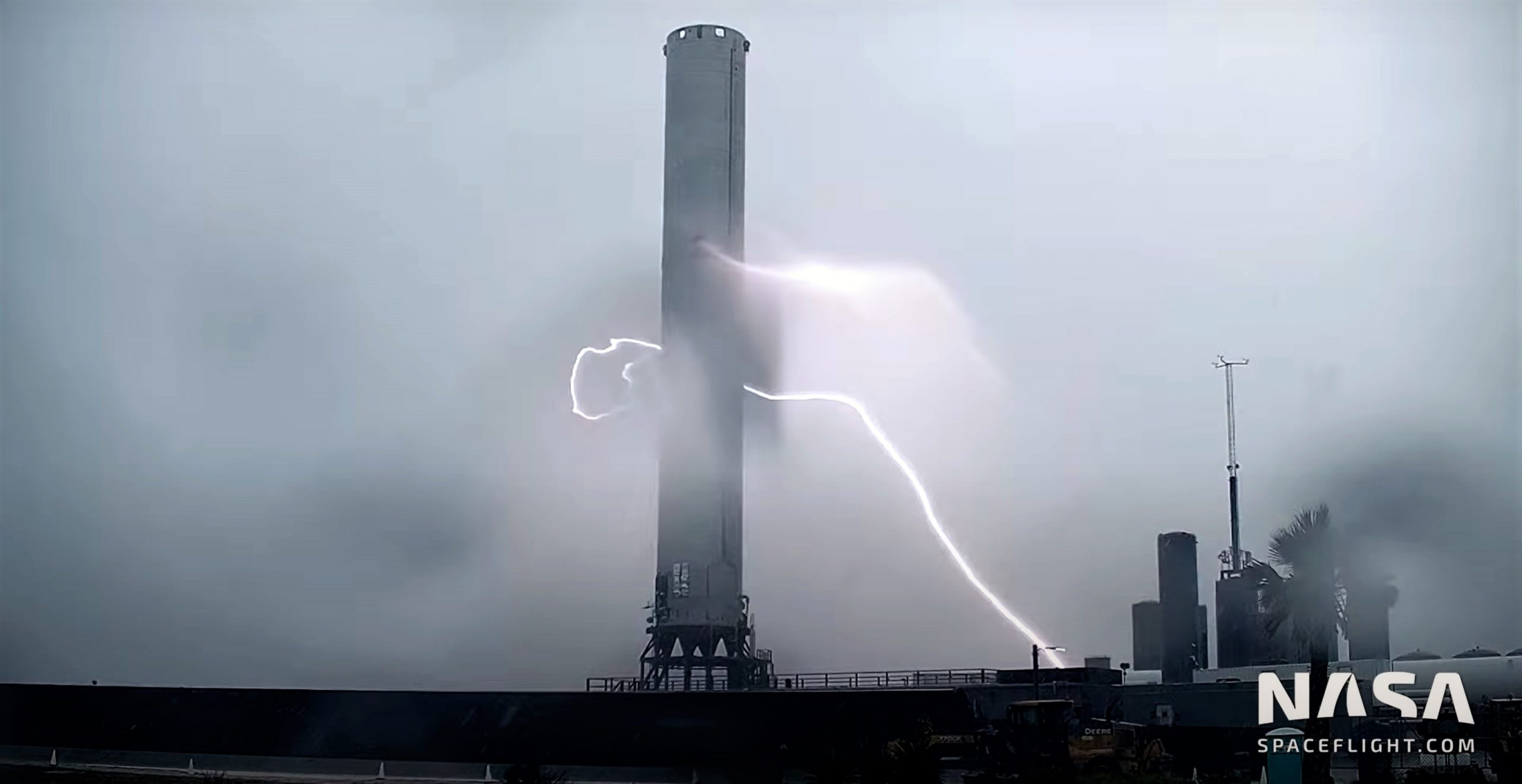 Update: SpaceX’s first Super Heavy cryo proof test is now scheduled no earlier than 6pm to 12am CDT (UTC-5) on Thursday, July 8th 6am to 8pm CDT (UTC-5) on Friday, July 9th. Weather is suboptimal, with intermittent heavy rain – to the extent that a flash flood warning is in effect until Friday evening – expected over the next few days.

Nevertheless, Booster 3 was spotted venting for the first time ever around 9am, suggesting that SpaceX might still try for at least a test or two later today or tomorrow.

Meshing with road and beach closures requested earlier this week, Next Spaceflight reports that a SpaceX Super Heavy booster is scheduled to attempt a ‘cryo proof’ test for the first time as early as Thursday, July 8th.

Known as Booster 3 (B3), SpaceX rolled the first functional Super Heavy prototype – the largest rocket booster ever completed – from the factory to the launch pad on July 1st. One week later, SpaceX appears to be on track to kick off Super Heavy’s first fully-integrated qualification testing, building off of an apparently successful campaign of pressure testing with booster test tank BN2.1. After completing several tests, BN2.1 was rolled back to a scrapyard near SpaceX’s Boca Chica factory, while part of the custom-built stand used for the campaign was then reinstalled on one of the two ‘suborbital mounts’ used for Starship testing over the last year.

Mere days after Mount A’s modifications were completed, Super Heavy Booster 3 was transported to the pad and installed atop it. For whatever reason, SpaceX technicians and engineers spent the next week scouring the rocket’s exterior and interior with the help of an army of boom lifts, turning the basic structure into a functional pressure vessel with all necessary power, telemetry, and plumbing.

99% of that closeout work could have seemingly been done under the cover of SpaceX’s high bay, where Booster 3 was assembled out of dozens of steel rings and domes, but the work appears to have been completed regardless. Workers had to contend with routine South Texas downpours and thunderstorms on Tuesday and Wednesday but were otherwise subjected to fairly mundane winds and weather.

Conditions were most dramatic on Tuesday, with torrential rain only interrupted by the occasional lightning bolt – though Booster 3 and the orbital launch pad’s skyscraper-sized launch tower appeared to make it through the day strike-free.

Now seemingly fully outfitted with all necessary avionics, wiring, and plumbing, Booster 3’s next major objectives will be ambient and cryogenic proof tests, referring to the process of verifying the structural integrity of the rocket first with benign nitrogen gas and later with supercool liquid nitrogen. SpaceX has performed at least a dozen or two ‘cryo proofs’ over the last 18 months and, at this point, qualification testing is fairly routine.

However, Super Heavy B3 is the largest rocket booster ever built and testing such a massive rocket will necessarily force SpaceX to tread some new ground. In fact, it’s not actually clear how exactly SpaceX will perform Booster 3’s first cryo proof given that the suborbital launch complex hosting it has nowhere near enough cryogenic storage capacity to fully fill Super Heavy with more than 3000 tons (~6.6 million lb) of liquid nitrogen.

As always, testing massive, brand-new rockets is no simple feat, so delays are possible – if not outright likely. Regardless, Super Heavy B3’s first test window is scheduled from noon to 8pm CDT (UTC-5) on Thursday, July 8th, with two backups from 6am to 8pm on July 9th and 12pm to 8pm on July 12th. Stay tuned for updates on the first tests of a full-size Super Heavy booster!