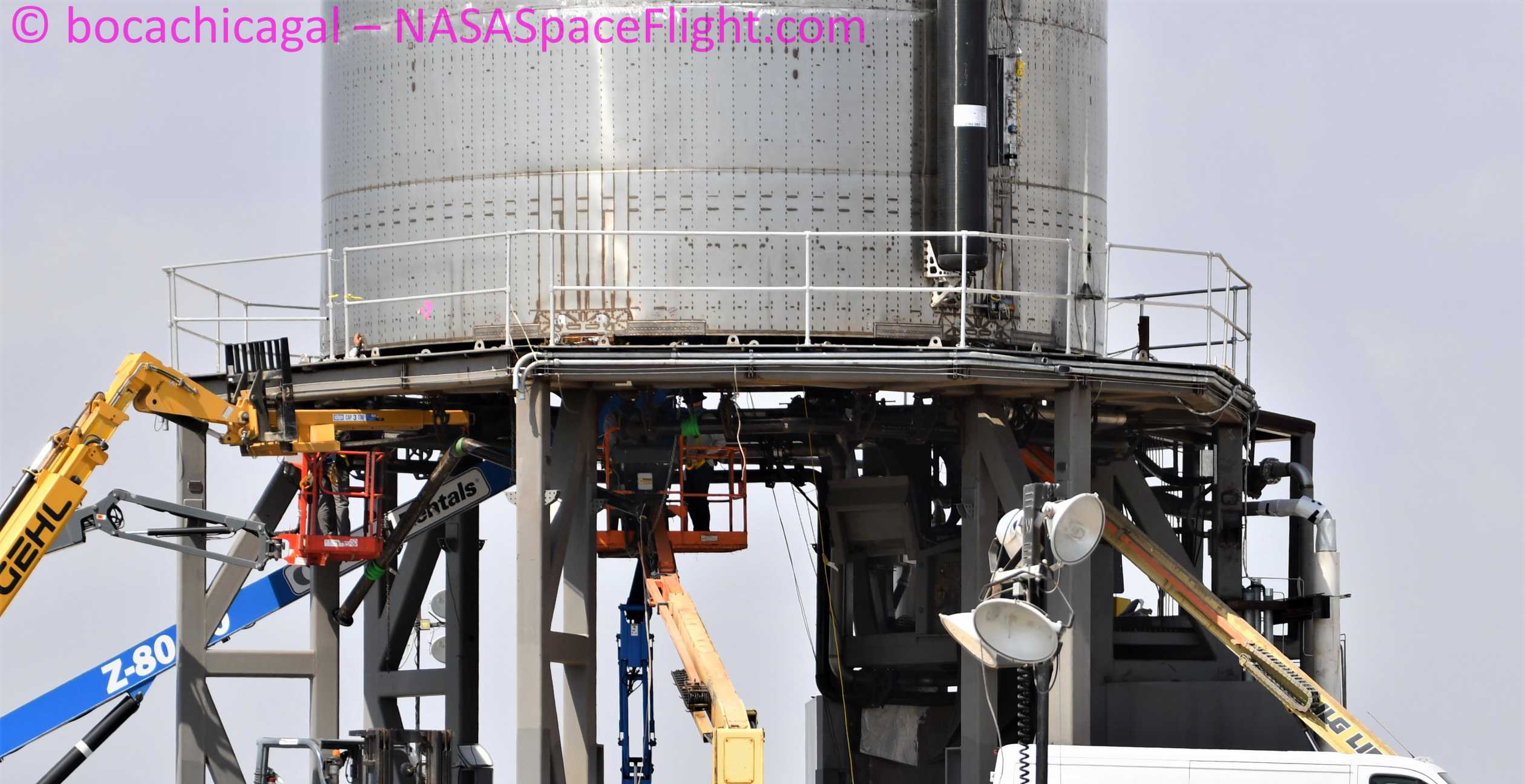 SpaceX’s fifth full-scale Starship prototype could become the first to take flight just a week or so from now if a Raptor engine test goes as planned early next week.

Known as Starship serial number 5 (SN5), SpaceX teams are currently in the process of completing the installation of Raptor SN27 and preparing the massive steel rocket for its first cryogenic wet dress rehearsal and static fire tests. Delayed from July 8th and 10th, Starship SN5’s first Raptor static fire is now scheduled no earlier than ~10 am CDT (~15:00 UTC) on Monday, July 13th.

The odds are good that one or both of those test periods will slip or change in the next few days and, in fact, Starship SN5’s static fire test period was delayed two days while this article was in work. SpaceX could run into road bumps that prevent the July 10th 13th wet dress rehearsal (WDR) from smoothly transitioning into a Raptor static fire attempt and any number of additional delays could beset the actual flight test throughout the flow. Along the same lines as Starhopper, currently the only vehicle to have flown under the power of a Raptor engine, Starship’s flight computer could abort the launch at almost any point prior to liftoff, up to and including Raptor ignition.

Like Falcon 9 and Falcon Heavy, Starship (and Starhopper) will ingest and interpret hundreds or thousands of channels of telemetry to determine the health of its engines for a second or two after ignition while thrust is ramping. If the Raptor or Merlin engine(s) look healthy, the rocket commands hold-down clamp release and lifts off (or, in the case of Starhopper, uses its own immense weight to prevent liftoff until Raptor is throttled up).

Thanks to an upgraded launch mount, SpaceX’s full-scale Starship prototypes have access to built-in hold-down clamps, enabling operations that are at least a bit more similar to those used for Falcon 9 and Heavy launches. Starship’s six hold-down clamps are affixed to the same structure that the ship’s six landing legs are installed on.

Perhaps the single biggest point of uncertainty with Starship’s first full-scale test flight is its somewhat mysterious landing legs – almost entirely different from Falcon 9’s well-proven four-leg design. The stubby Starship legs stow inside the ship’s engine section, swinging down and out (and potentially telescoping, albeit much less than Falcon 9) come touchdown. Based on photos of the legs, they may also feature rudimentary shock absorption mechanisms, meaning that Starship should be able to tolerate slightly rougher landings. SpaceX has likely tested Starship leg deployment extensively on the ground but beyond that assumption, they remain an unproven mystery.