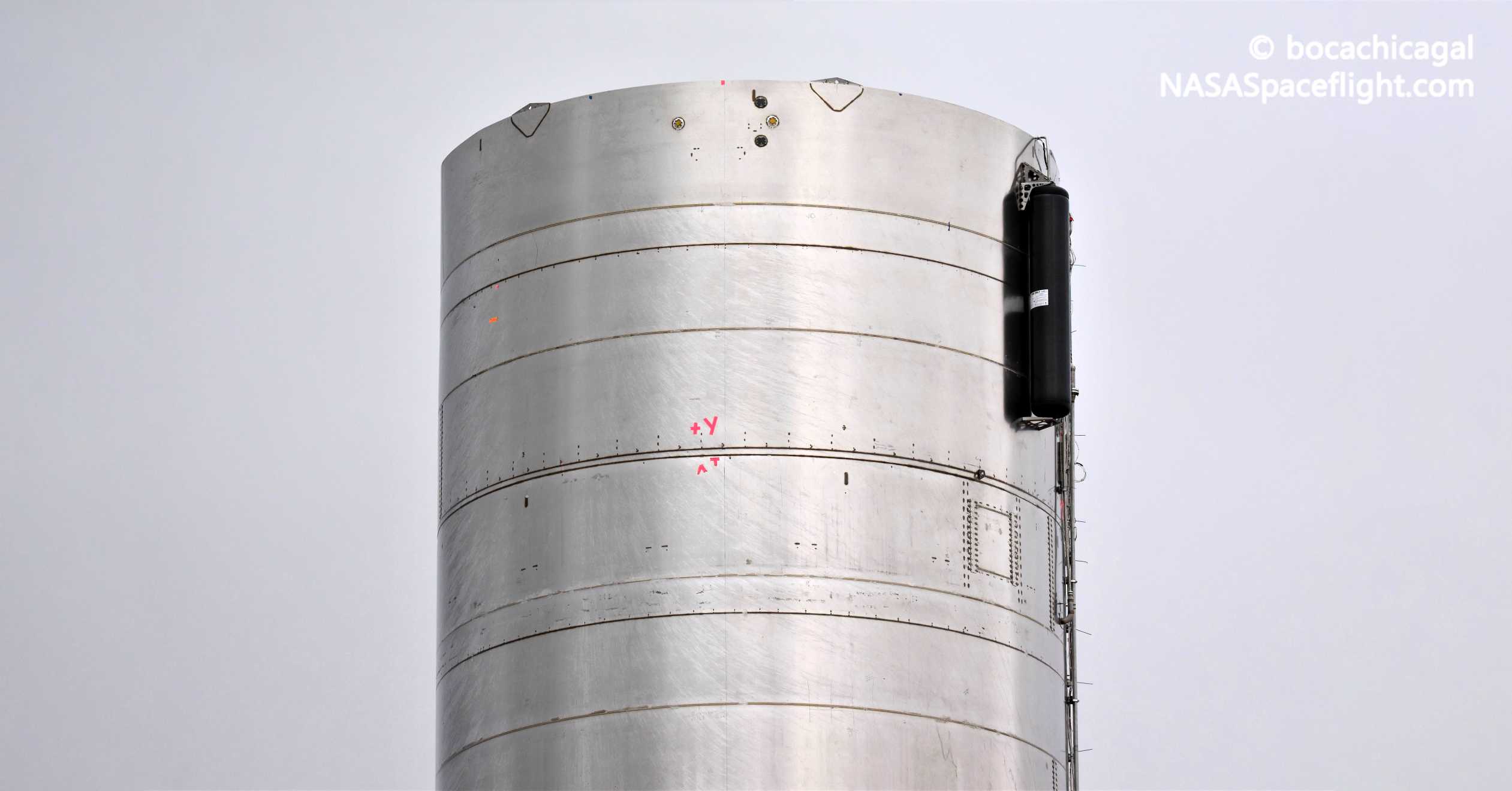 SpaceX has scrubbed a Starship static fire attempt for the third time as evidence grows that the ship's first flight could come as early as this week. (NASASpaceflight - bocachicagal)

SpaceX has scrubbed its latest Starship static fire test for the third time since Friday but if another attempt succeeds within the next few days, a full-scale Starship prototype could lift off for the first time later this week.

SpaceX has attempted to perform a Starship static fire every day for the last three days without any luck, foiled by what must be mild technical issues and some extreme South Texas weather. That static fire – set to be Starship serial number 4’s (SN4) third – is required because SpaceX chose to replace the rocket’s installed Raptor engine (SN18) around 10 days ago after completing two successful tests on May 4th and 5th. Installed a few days after SN18 was removed, Starship and Raptor SN20 must now perform their own integrated static fire to ensure the complex systems are working properly.

Since SN4’s last test, SpaceX teams have been swarming the Starship prototype day and night, installing new COPVs (composite overwrapped pressure vessels; used to store high-pressure gas), new plumbing, and more. The specific purposes of all those in-situ changes can only be speculated at but what is clear is that SpaceX is preparing Starship SN4 for the first attempted flight test of a full-scale prototype, following in the footsteps of Starhopper’s bizarre but successful July and August 2019 hops. As SN4’s third Raptor static fire has slipped, though, so has that flight test. While the FAA has yet to officially publish a license for the 150m (~500 ft) Starship hop, NOTAMs (Notices to Airmen) filed recently suggest that that license and hop could come any day now.

Most recently, a NOTAM was filed on May 18th for what is likely Starship’s 150m hop test on Thursday, May 21st. Filed before SN4’s May 18th static fire test was aborted twice, that proposed May 21st hop test will almost certainly be delayed at least as long as the static fire that needs to precede it and is also dependent upon the FAA officially licensing the flight. The fact that NOTAMs are being filed for that flight strongly suggests that SpaceX and the FAA or in the late stages of hammering out a license, a process that can often involve a great deal of back-and-forth and compromise for experimental rocket launches.

Regardless, if or when Starship SN4 finally manages to fire up its new Raptor engine, it could be just a matter of days after that SpaceX attempts the first true Starship flight test. If everything goes according to plan, the ~30m (~100 ft) tall stainless steel rocket will lift off under the power of a single asymmetrically installed Raptor engine, capable of producing up to 200 metric tons (~450,000 lbf) of thrust with cryogenic liquid methane and oxygen propellant.

After lifting off from its ad-hoc South Texas launch mount, Starship SN4 will attempt to reach a peak altitude of 150m (~500 ft) and descend back down for a soft landing on an adjacent concrete pad, just like Starhopper did around nine months ago. A lot could go wrong: aside from using steel more than three times thinner than Starhopper’s, Starship SN4 will also be debuting an entirely new kind of landing leg, will be flying with asymmetric thrust, and will likely be using autogenous pressurization — all new challenges for SpaceX.

Nevertheless, there are also reasons for confidence. SpaceX has already successfully pressurized Starship SN4 all the way to 7.5 bar (~110 psi, sufficient for uncrewed orbital flight), performed multiple wet dress rehearsals and two Raptor static fire tests, and even tested what appears to be a new kind of cold gas thruster needed for roll control. Most importantly, even if Starship SN4 is destroyed during its next static fire or inaugural flight attempt, Starship SN5 is nearly at the same stage of completion and should be ready to take the reins almost immediately after the potential demise of its predecessor. With Crew Dragon’s inaugural NASA astronaut launch scheduled on May 27th, the rest of the month is set to be quite the event.