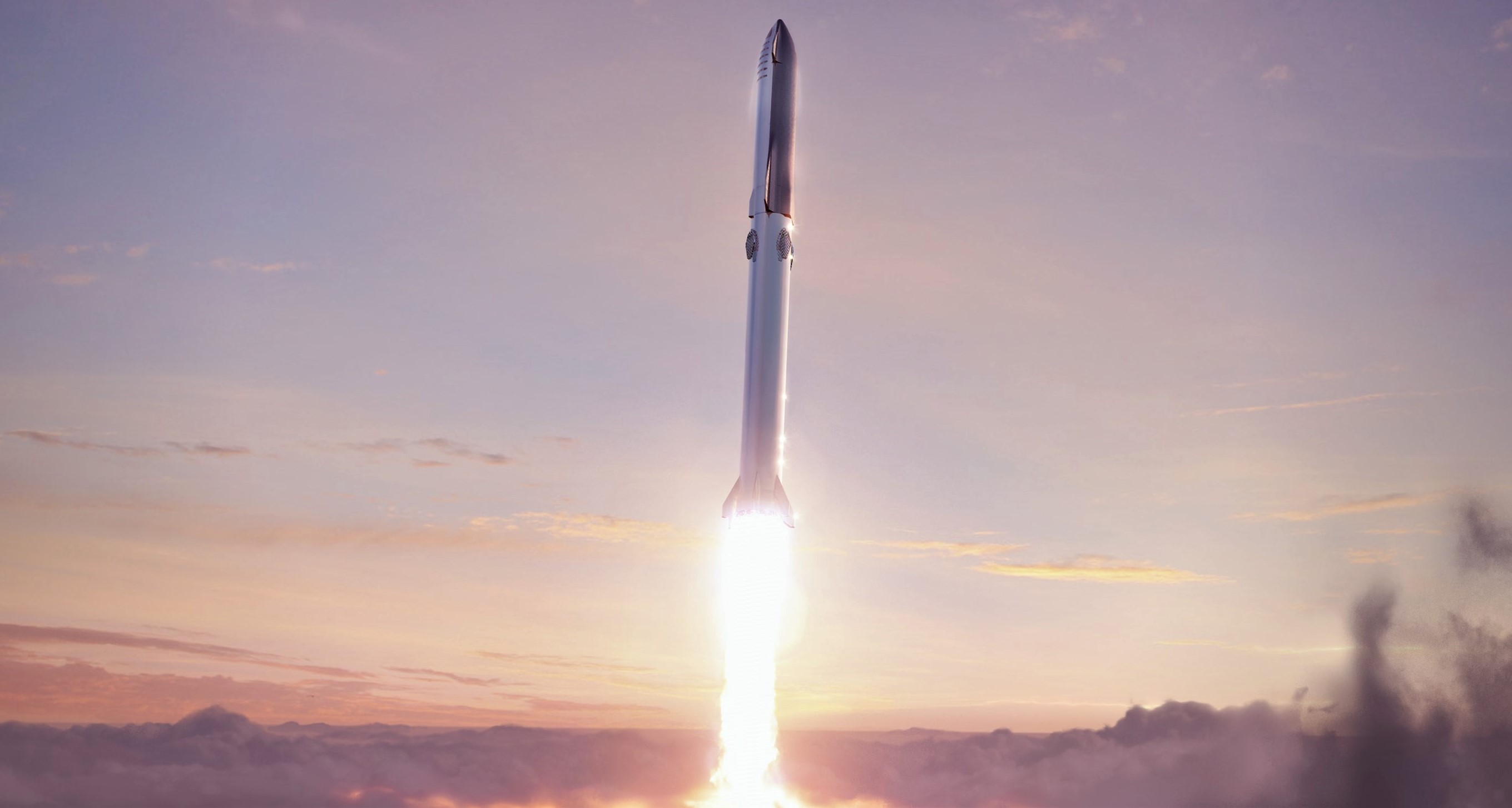 An official SpaceX document acquired by NASASpaceflight says that the company aims to have Starship in orbit by July 2021. (SpaceX)

Update: On the heels of a NASASpaceflight report, CEO Elon Musk has confirmed that SpaceX has an internal target of Q3 2021 (possibly as early as July!) for Starship’s first orbital launch attempt.

In no uncertain terms, this is an internal target, meaning that it’s far likelier than not that SpaceX’s first orbital Starship launch attempt wont happen in July. Nevertheless, the target’s existence implies that SpaceX sees a real, viable path – however narrow – to launching Starship into orbit for the first time just four months from now.

Put a different way, SpaceX believes it has six months of margin to get through preliminary Super Heavy booster testing (possibly including one or several hops), qualify an upgraded Starship design (SN15 onwards), roughly complete an orbital launch complex, and deliver around two-dozen orbit-capable Raptor engines before the end of the year. While unclear, it’s also possible that the milestone would require SpaceX to qualify and ship the first flightworthy Raptor Vacuum engines – another major challenge.

On its own, completing any one of those major feats of engineering would be impressive. Completing all of them simultaneously – even if the effort suffers more than five months of delays – would be nothing short of extraordinary. As such, it’s fair to assume that SpaceX will fall well short of its incredibly ambitious development schedule, even if the company almost invariably does what it sets out to do.

In this case, that means that there is a very real chance that Starship reaches orbit before the end of 2021, achieving a target that both SpaceX CEO Elon Musk and COO/President Gwynne Shotwell have reiterated within the last several months.

Even after reaching orbit for the first time, SpaceX will likely continue Starship development largely unchanged, treating the orbital regime as just another sandbox to test and refine Starship prototypes with. Given all the extraordinary problems SpaceX will need to solve to reach orbit, there’s also a decent chance that Starship or Super Heavy’s first orbital launch attempt will fail. If the launch is initially successfully, it’s just as likely that Super Heavy will fail its first hypersonic launch and landing attempt.

If Starship itself reaches orbit in one piece, any number of issues could kill the vehicle in space. If it survives long enough complete a 90-minute orbit and line up for reentry, descent, and landing, Starship’s first orbital-velocity atmospheric reentry – one of the biggest challenges in aerospace engineering – could easily destroy the spacecraft. If Starship somehow makes it through reentry on its first try, the stresses of orbital spaceflight and that reentry could prevent its Raptor engines from performing nominally during its powered flip maneuver and landing burn.

This is all to say that even as SpaceX sets its sights on orbital flight, the trajectory is still a continuation of an ongoing test program and iterative development process. While orbit-capable Starships will likely be much more expensive than their suborbital brethren, the differences are small enough that SpaceX will undoubtedly continue to push the envelope and risk losing prototypes to uncover and fix bugs and design flaws as early as possible.

Along the way, there will undoubtedly be more SN8/SN9/SN10-style hiccups. Given Starship’s developmental history, however, it’s starting to look like nothing less than catastrophe will prevent SpaceX from launching Starship into orbit before the year is out.