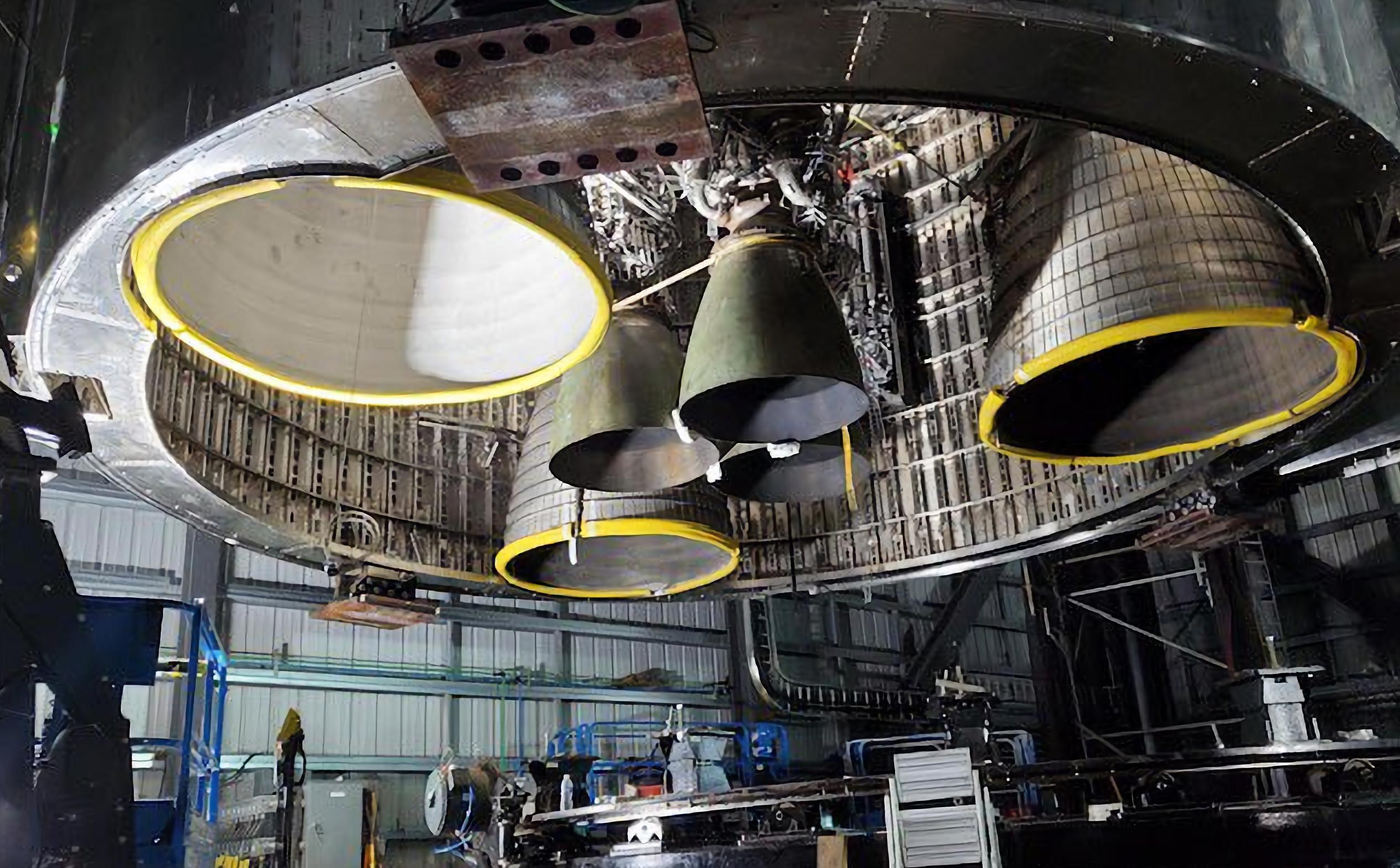 For the second time in less than five weeks, SpaceX has also transported a brand new Starship booster (known as Super Heavy) from its Boca Chica factory to a launch site and testing facilities just down the road.

This time around, though, the Super Heavy in question (Booster 4) is expected to be the first truly flightworthy booster and – though plans could change – has been assigned to Starship’s first orbital test flight (OTF). In a show of force, Booster 4 left the high bay it was built in and rolled to a nascent orbital launch site with 29 Raptor engines installed after an almost unbelievable feat of rocket assembly just one day prior.

In as few as 14 hours, SpaceX installed all 29 of Super Heavy Booster 4’s Raptor engines, including 20 “boost” variants (RB) and 9 gimballing “center” variants (RC). It’s unlikely that there is a single other instance in the history of spaceflight where so many large, functional rocket engines were installed as quickly as SpaceX was able to outfit Booster 4. Though signs suggest SpaceX will likely remove some or all of those engines after installing the rocket booster at the launch pad and beginning proof testing, the feat is still an extraordinary one.

Now, mere hours after SpaceX rolled Booster 4 to the orbital launch site, Musk has revealed that the company more or less simultaneously outfitted Ship 20 – the first orbital-class Starship prototype – with all six of its Raptor engines in yet another ‘first’. Prior to Ship 20’s milestone, SpaceX had never installed more than three Raptor engines on a Starship prototype and never even attempted to install a single Raptor vacuum engine. Orbital ships will have three gimballing Raptors optimized for sea level and three fixed engines optimized for vacuum – necessitating a far larger bell nozzle.

Likely capable of producing more than 1250 metric tons (~2.8M lbf) of thrust in vacuum, the installation of those six engines likely also makes Starship S20 the most powerful orbital rocket stage ever assembled. Of course, like Booster 4, these engines will likely be removed for crucial proof testing and will need to be reinstalled for static fire tests or launch, but the fact remains that those milestones are just a matter of time (and a few tests) away from becoming reality.

If no major surprises pop up during qualification testing, Booster 4 and Ship 20 will be joined together to become the first full Starship ‘stack’ and are also expected to support the program’s first orbital launch attempt later this year.