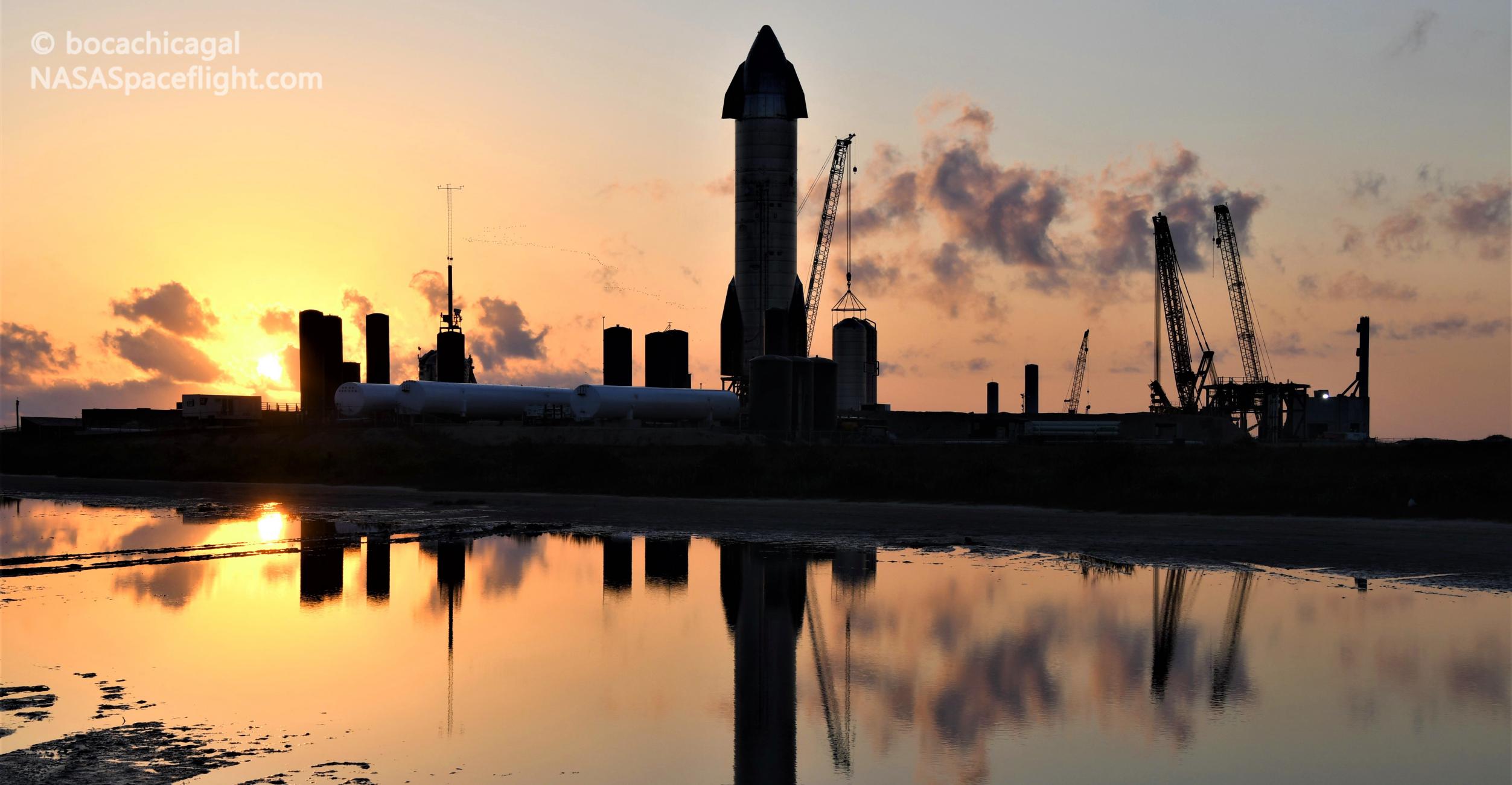 SpaceX appears to be gearing up for its fifth high-altitude Starship launch and landing attempt as early as Friday, April 30th. (NASASpaceflight - bocachicagal)

Weather is set to significantly improve on Sunday, with good conditions persisting until Tuesday in current forecasts. Barring a weekend launch, the likes of which hasn’t been seen in more than half a year, Starship SN15’s next available launch window will likely be sometime on Monday, May 3rd.

Right in the nick of time for a high-altitude flight test scheduled as early as Friday, April 30th, SpaceX has secured an FAA license to launch Starship prototype SN15 and simultaneously received an FCC permit to operate a Starlink dish installed on the rocket.

The two-month FCC permit is primarily a luxury that will allow SpaceX to experiment with the utility of adding Starlink satellite internet connectivity to an active launch vehicle. The FAA license, however, is an essential requirement for the company to legally attempt its fifth high-altitude Starship launch and landing. While FAA approval is the latest of several promising signs that SpaceX may able to be squeeze in a Starship launch attempt before the weekend, some ambiguity still remains.

As of April 29th, Starship SN15’s launch debut now has an active FAA license, a Temporary Flight Restriction (TFR) to clear airspace, a marine hazard notice to warn maritime operators, and a highway closure all set for Friday, April 30th. The upgraded Starship prototype has also completed two back-to-back Raptor static fires without any apparent issues and without a need to replace one or more of those engines – a first for a multi-engine Starship prototype.

On the other hand, SpaceX has yet to officially confirm plans for a Friday launch attempt on social media or SpaceX.com and the company has yet to distribute evacuation notices to the few residents that still live in Boca Chica Village. Additionally, weather conditions are likely to be poor on Friday and Starship SN15 still hasn’t been outfitted with explosive Flight Termination System (FTS) charges – a step that’s generally been performed 24+ hours before prior Starship launch attempts.

Knowing SpaceX, it’s more likely than not that the company is capable of installing FTS less than 24 hours before a launch attempt, but it’s still a departure from the norm and thus noteworthy. Oddly, SpaceX has once again filed TFRs for apparent launch windows on Saturday and Sunday, though the company hasn’t so much as attempted a basic Starship tanking test on a weekend since well before high-altitude flight tests began five months ago.

As such, if SpaceX is unable to launch Starship SN15 tomorrow, it’s far likelier that the next window will open on Monday, May 3rd. Weather forecasts currently show a ~50% chance of thunderstorms and low visibility on Friday and Saturday, with conditions clearing up for a mostly sunny outlook from Sunday through Tuesday. Stay tuned for updates as SpaceX continues to prepare for what could be the first fully successful high-altitude Starship launch and landing.