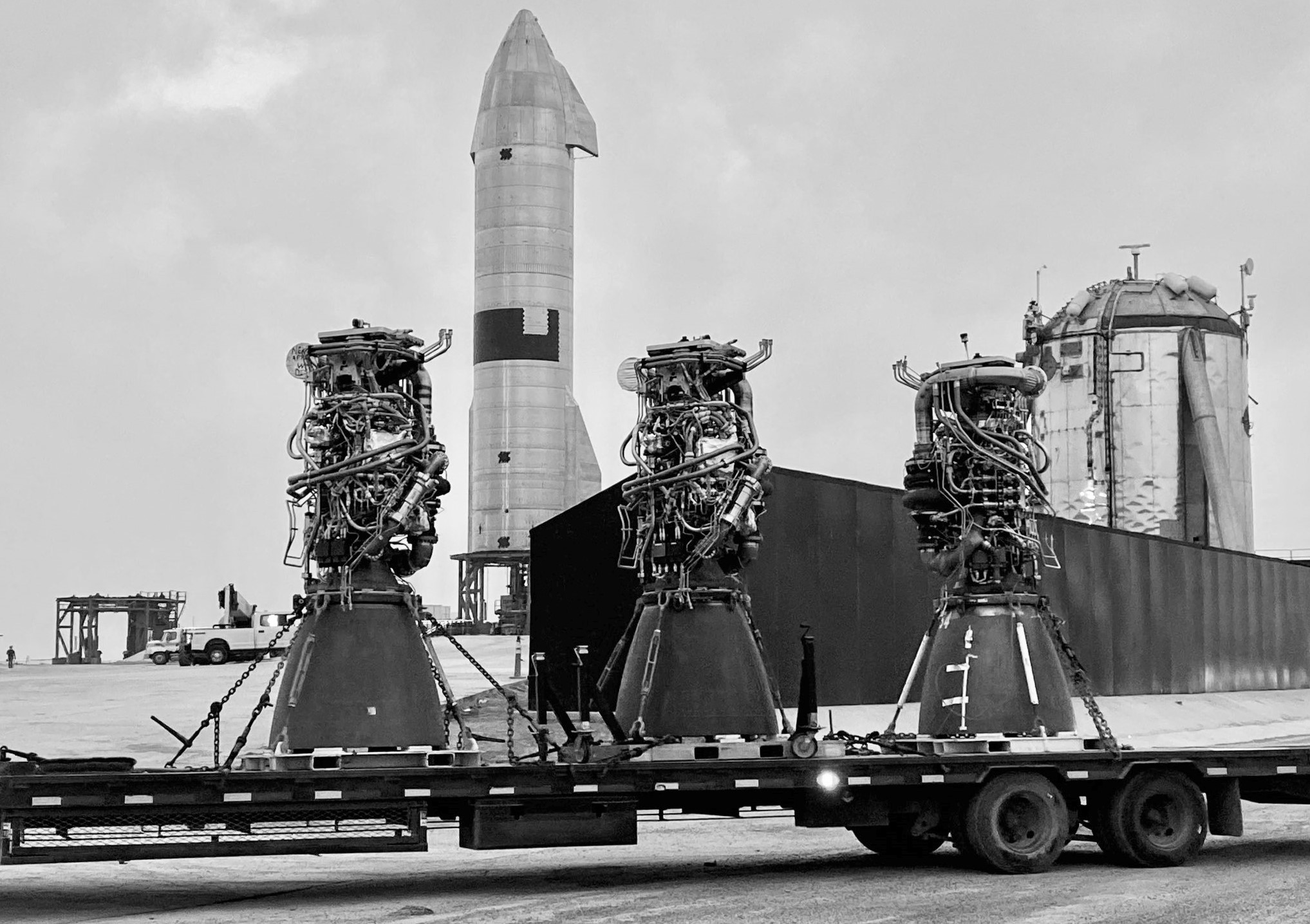 SpaceX has installed at least two of three new upgraded Raptors on Starship serial number 15 (SN15) ahead of a triple-engine static fire scheduled as early as Wednesday, April 21st.

Initially scheduled late last week, several unknown delays have slowed down the installation of SN15’s three engines and forced SpaceX to return at least one to its build site for additional work. As recently as this weekend, SpaceX appeared to have plans to static fire Starship SN15 on Monday and launch the rocket the very next day – April 20th (4/20). Those plans obviously didn’t work out.

In SpaceX’s defense, SN15’s halting progress towards flight was par for the course for predecessors SN8 through SN11, all of which ran into multiple delays and took an average of 30-40 days of testing, repairs, and engine replacements at the launch pad before liftoff. Fitted with “hundreds of improvements,” including a new Raptor engine design, there was hope that those upgrades and refinements would allow Starship SN15 to speed through prelaunch testing, but the vehicle is in roughly the same boat as all other high-altitude prototypes.

Starship SN11 managed its first static fire attempt just a week after rolling to the pad, while both it and SN9 ultimately performed their first three-engine static fires ~14 days after arrival. If Starship SN15 manages a static fire on Wednesday, April 21st, it will be 13 days after rolling to the launch site. With any luck, SpaceX’s Texas team is just working out the kinks and familiarizing itself with upgraded Starship and Raptor designs that will ultimately bear fruit in the form of improved reliability and ease of operation and installation.

Captured by several different unofficial photographers, Raptor engines SN54, SN61, and SN66 were simultaneously transported to the launch pad on April 15th. SN61 and SN66 were quickly installed in a few days but SN54 was ultimately returned to the build site for additional work before heading back to the pad for a successful installation on SN15 on April 19th. The differences between these “new” Raptors and older engines (SN1-SN53) isn’t entirely clear but subtle differences in plumbing layout and installed components suggests a general step-change refinement across the entire engine design.

Time will tell if the many upgrades on Starship SN15 and its Raptor engines will combine to produce a more reliable and more successful vehicle. Pending a successful static fire, SN15 will be the fifth Starship to attempt a high-altitude flight as early as the end of this week or sometime next week.