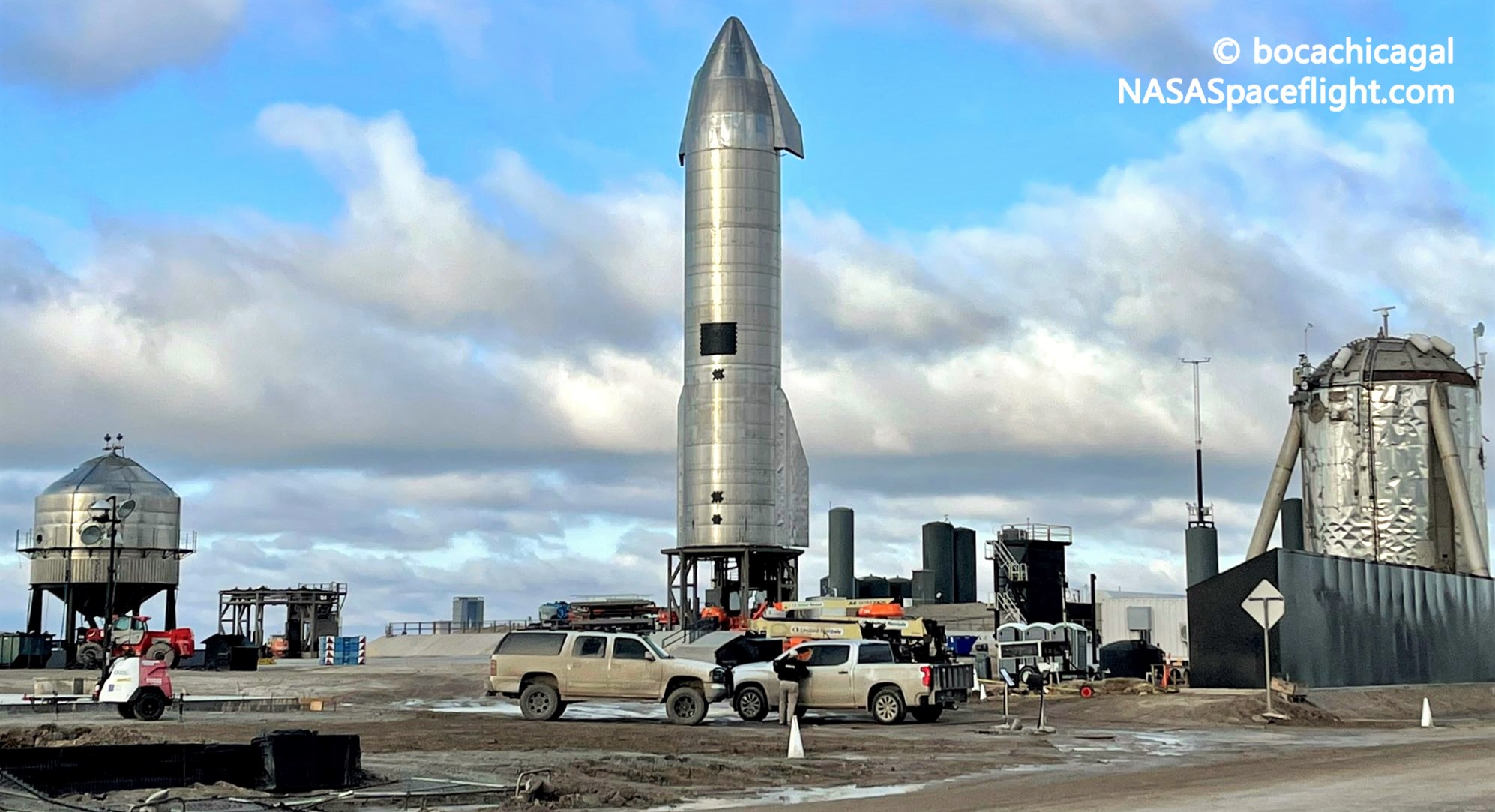 Starship SN10 has been besieged by extreme winds, humidity, and freezing temperatures over the last few days, slowing testing to a crawl. (NASASpaceflight - bocachicagal)

SpaceX’s South Texas Starship program has been hit by a burst of extreme winter weather, slowing plans and preparations for a static fire test and launch to a crawl.

After several delays pushed Starship serial number 10’s (SN10) first static fire attempt from Wednesday into the following week, SpaceX was expected to try again as early as possible (early this week). A weekend of harsh winter weather seems to have changed those plans as Starship SN10 and SpaceX’s pad teams were subjected to sustained 30-40 mph winds (50-65 kmh), freezing rain, and below-freezing temperatures.

On their own, high winds make it difficult to impossible to use the boom and scissor lifts SpaceX needs to perform work on parts of Starship or pad systems that are far above ground. Add freezing rain and temperatures into that mix – a new series of conditions for the Starship team – and things only get more difficult.

As a giant, unheated steel rocket, Starship is also liable to accumulate ice with ease. However, Starship is designed to function while completely filled with cryogenic (extremely cold) liquid methane and oxygen propellant, meaning that tolerating and operating in the extreme cold and under wide temperature differentials is par for the course. It certainly doesn’t make preparing the rocket for those conditions any easier for SpaceX’s engineers and technicians, though.

For now, it looks like SpaceX is mostly hunkering down and waiting for the harsh conditions to pass before resuming pad construction and Starship SN10’s test campaign. Thankfully, forecasts predict a several-day return to (relatively) normal weather as early as tomorrow, likely meaning that SpaceX will have the bulk of the workweek to complete Starship SN10’s first nominal static fire and, perhaps, attempt the third high-altitude launch and landing.