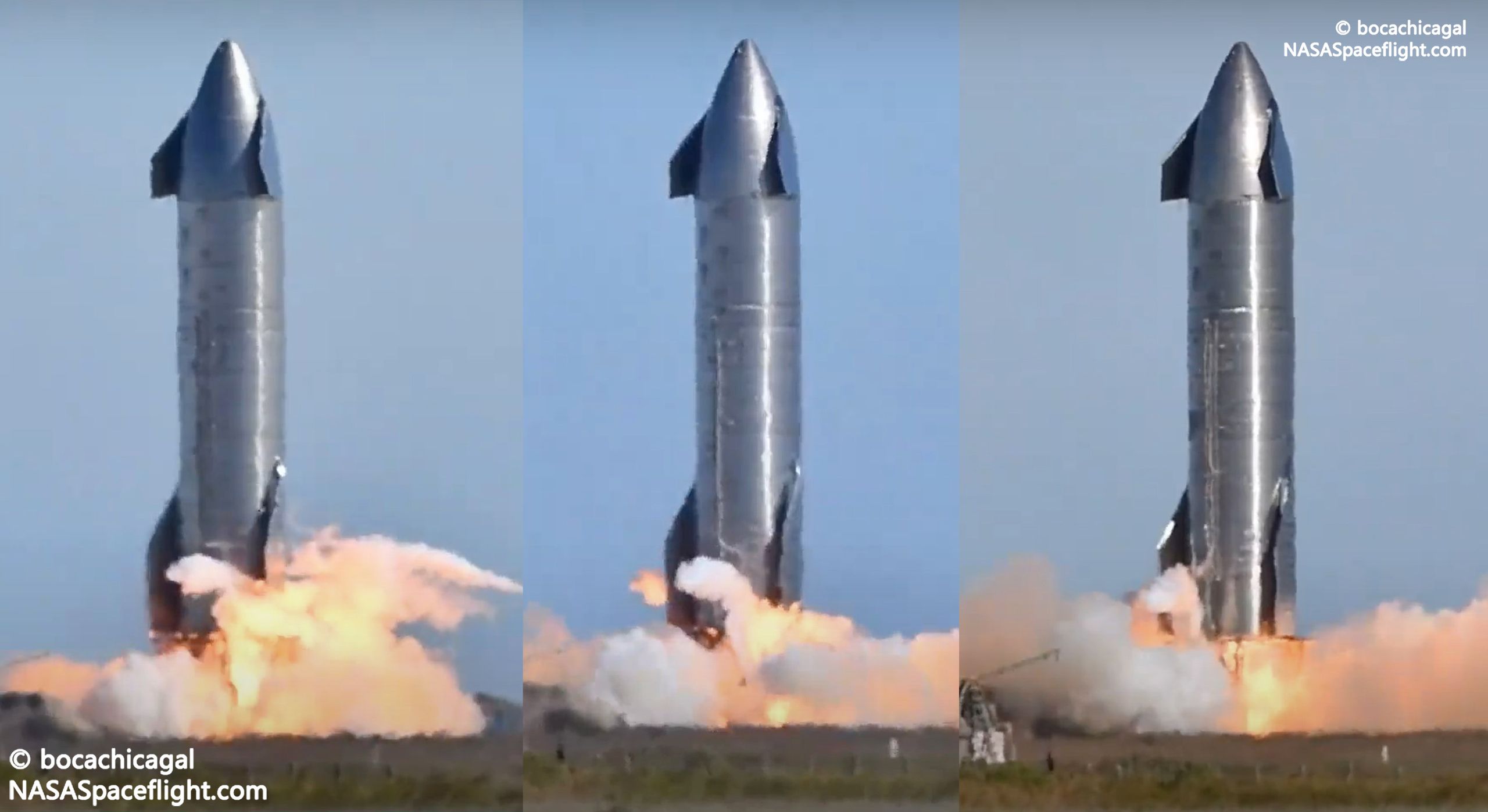 Around 12:30 pm CST (UTC-6), SpaceX Starship prototype serial number 9 (SN9) ignited its Raptor engines for the second time, followed by another Raptor ignition at 2:22 pm and a third around 3:37 pm.

All three tests were extremely brief, mirroring SN9’s first static fire, which ended sooner than SpaceX intended back on January 6th. Ultimately, though, the brief static fires were apparently intentional according to a cryptic comment made by SpaceX CEO Elon Musk shortly after the first.

More importantly, this is the first time ever that SpaceX has completed – or even attempted – two Starship static fires in a single day, let alone two in as many hours. On its own, the fact that SpaceX was willing to attempt two static fires in two hours already serves to confirm that the first test was successful, as the company would assuredly not risk vehicle failure by doubling down on a failed or aborted test unless it could immediately determine the root cause.

Per Musk, SpaceX is “practicing engine starts [today],” thus far resulting in three “starts.” That description mirrors the extremely short static fires observed today. The need for specific ignition-related testing on SN9 also seems to imply that the Starship’s first test may have ended prematurely because of an issue with Raptor ignition

Finally, less than 90 minutes after the second static fire of the day, Starship SN9 fired up one or more of its three Raptor engines for the third time around 3:37 pm. Musk soon confirmed the third successful (or at least nondestructive) static fire was complete.

Musk most recently stated that SpaceX is now detanking SN9 to safe the pad and vehicle for inspections. If those inspections ultimately conclude that Starship SN9 and its three Raptors are in good condition after an unprecedentedly busy day of static fire testing, SpaceX could easily turn the rocket around for a 12.5 km (7.8 mi) launch attempt as early as January 14th or 15th.