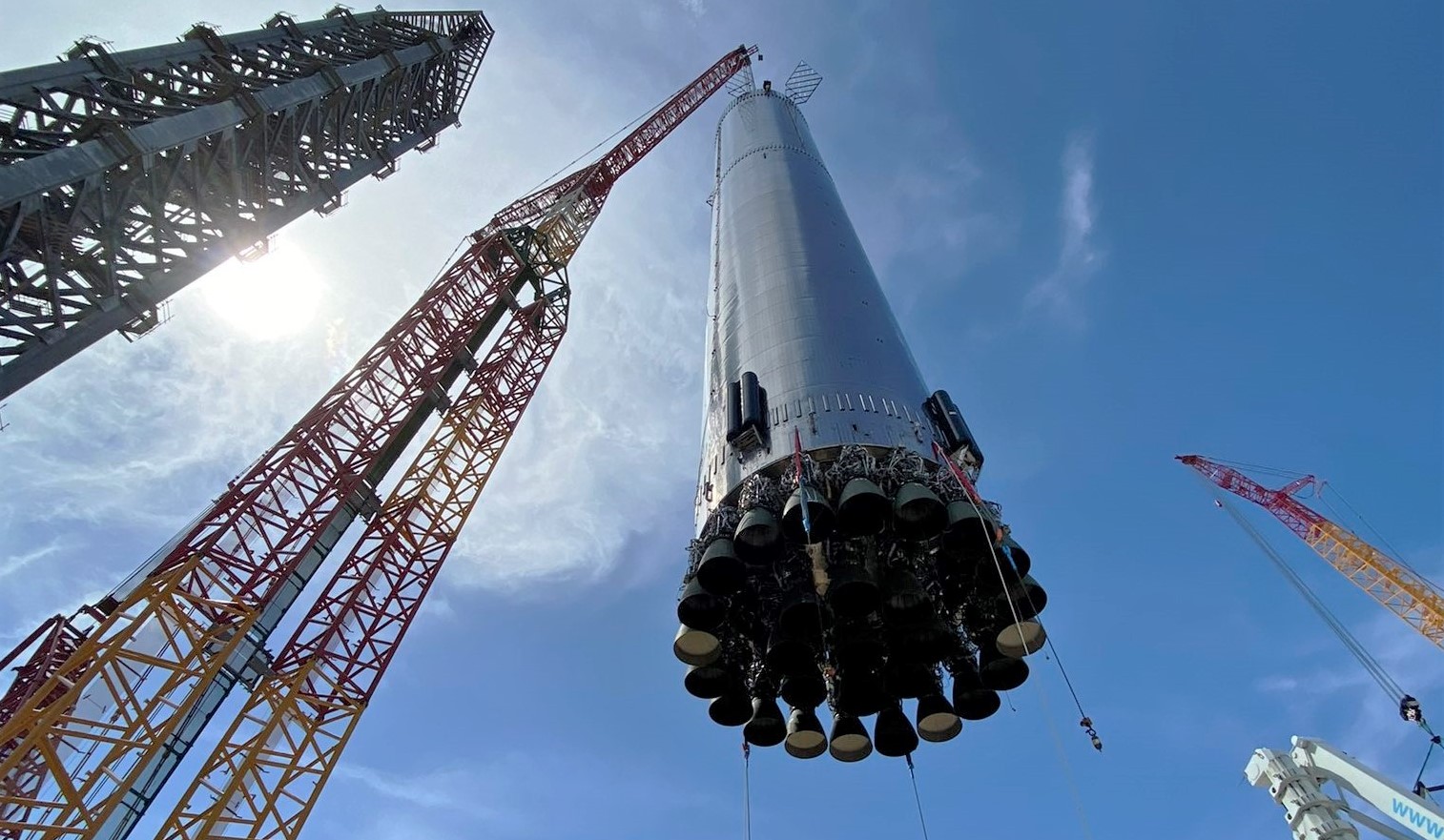 On August 1st, around the same time as SpaceX finished installing car-sized grid fins on a Super Heavy for the first time, the company began the process of installing multiple Raptor engines on the booster (#4) that might one day support Starship’s first orbital launch attempt. Not long after it began, it became clear that SpaceX was installing a full 29 Raptor engines on Booster 4 (B4) at a breakneck pace, and less than 24 hours later, all had been attached to Super Heavy’s thrust structure.

Barely a day later, Super Heavy Booster 4 was rolled to the orbital launch pad and installed on a massive ‘launch table’ that was itself installed just a few days prior after months of assembly. Four days after engine installation, Starship S20 and Booster 4 were briefly mated together, forming a full Starship stack – the tallest and most powerful rocket ever built – for about an hour. However, while it did serve as a useful learning experience and pathfinder operation, both stages were demated and returned to the factory soon after.

Since Booster 4’s later August 11th build site return, SpaceX teams have been hard at work fitting the massive 69m (225 ft) tall rocket booster with thousands of feet (if not miles) of secondary plumbing and power and avionics cables. That process effectively began with removing the Super Heavy’s 29 Raptor engines, which finished just a few days after its return to the high bay.

Now, just 12 days after Super Heavy Booster 4 arrived back at the high bay and 11 days after workers briskly removed its Raptors, SpaceX has begun the process of reinstalling those engines – albeit with several new entrants this time around. When SpaceX first fitted B4 with Raptors, it became clear that five or more of had never been tested, making the removal of some of the Super Heavy’s 29 engines more or less inevitable. Indeed, as expected, several new Raptors (engines that weren’t clearly installed the first time around) have joined around two dozen engines that were installed earlier this month.

Given that Booster 4 has already completed a range of fit checks, the implication is that SpaceX is now installing the 29 Raptor engines that will support the first static fire test campaign of a flightworthy Super Heavy. Of course, that testing (likely involving several different static fires of an increasing number of Raptors) could unearth issues or even damage some of those 29 Raptors, so it isn’t quite accurate to say that Booster 4 is being fitted with the engines that will help it carry Starship to orbit. Depending on the outcome of those tests, though, most could easily find themselves lifting off on Super Heavy B4 later this year.

For now, though, Super Heavy Booster 4’s next milestone will be its second trip from the build site to the launch pad. That could occur at any point in the next week or two and could find Booster 4 installed beside Ship 20 on the second of two suborbital test stands, though the Super Heavy may instead return to the orbital launch site.