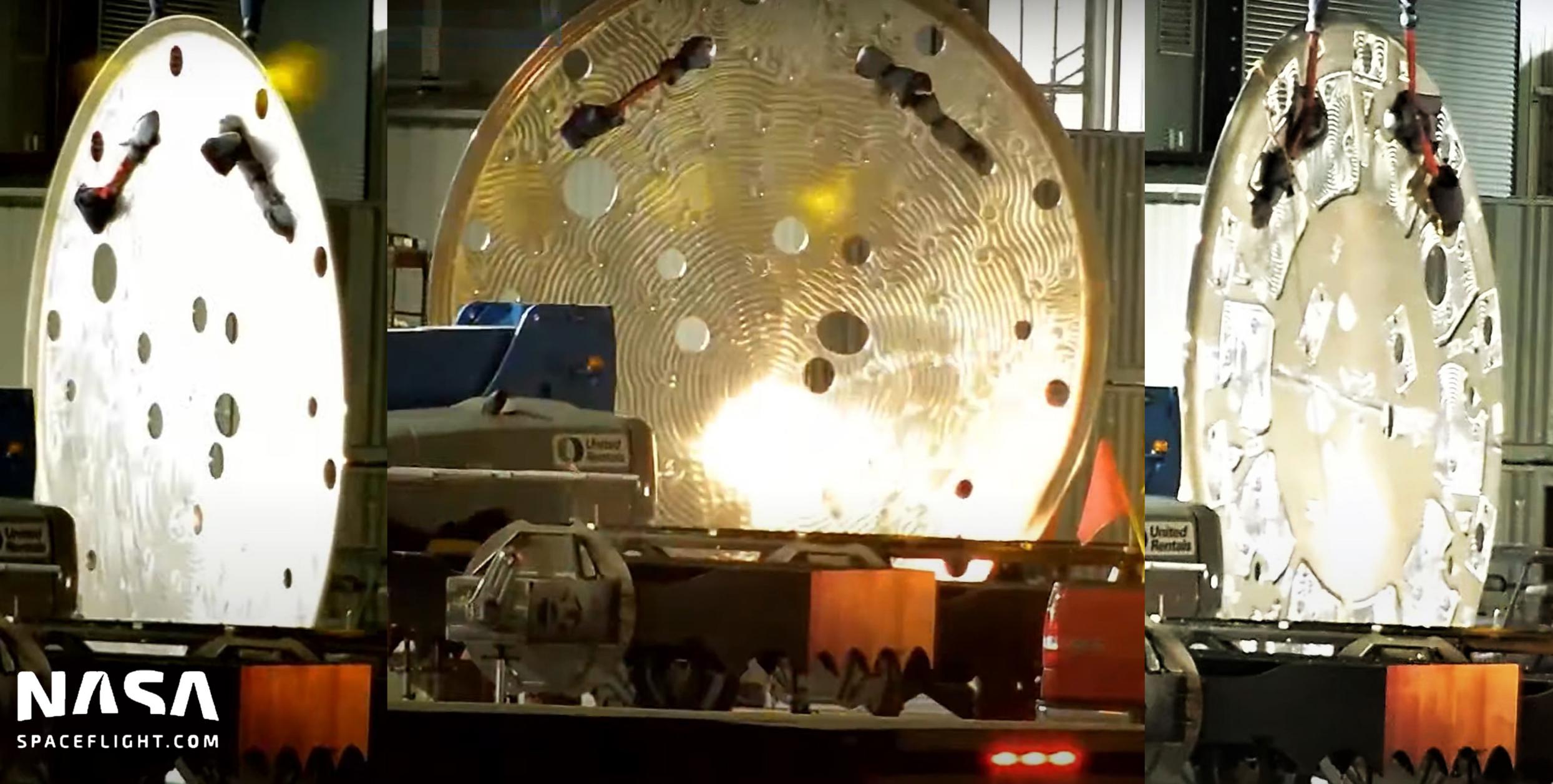 SpaceX appears to have delivered hardware that will eventually become part of the first 33-engine Super Heavy booster to its South Texas ‘Starbase’ factory.

Coming either from SpaceX’s Hawthorne, California headquarters and Falcon rocket factory or a smaller fabrication shop colocated on the company’s McGregor, Texas development and testing campus, the giant coin-like structure was spotted arriving at Starbase on Tuesday afternoon. Unlike Falcon boosters, the latest variant of which relies on a structure known as an octaweb that’s bolted together from dozens of structural elements, SpaceX has moved towards more monolithic ‘thrust pucks’ for Starship and Super Heavy.

That’s where Tuesday’s deliver becomes significant. Unlike older booster thrust pucks, one of which was actually delivered to Starbase (likely for Super Heavy B6) just last week, this newer puck features a few design changes. Most importantly, it bumps the number of Raptor Center engine hardpoints to 13. Slightly earlier instances – including the puck currently packed with Raptors on Super Heavy Booster 4 (B4) – have an outer circle of eight Raptors and a ninth engine at the very center.

In line with comments made by CEO Elon Musk in early July, SpaceX’s newest Super Heavy thrust puck updates both figures, boosting the outer ring to ten engines and inner cluster to three engines for a total of 13 Raptors. Combined with a ring of 20 fixed Raptor Boost (RB) engines installed on the inside of Super Heavy’s aft skirt, a 13-engine puck will allow SpaceX to install up to 33 engines on Super Heavy boosters.

Using present-day first-generation Raptor 1 engines, a Super Heavy booster with 33 engines installed could produce up to 6100 tons (~13.5M lbf) of thrust at liftoff. Once SpaceX has qualified and ramped up production of next-generation Raptor 2 engines, Super Heavy’s max thrust at liftoff could jump to almost 7600 tons (~16.8M lbf) – more than twice that of the current record-holder, NASA’s famous Saturn V Moon rocket.

Given that the puck delivered on October 5th appears to be the first of its kind, there’s a decent chance that it will end up not on the first 33-engine Super Heavy – but on a small ‘test tank’ designed to qualify its structural changes. However, even if that’s the case, the next flight-grade 13-engine thrust puck will likely arrive at Starbase in just a month or two when SpaceX sets its sights on the assembly of that first 33-engine booster.