In the wake of the rather odd second meeting of the US National Space Council (NSC), a NASA photographer stationed at Kennedy Space Center documented a number of tours given by some of the companies mentioned in the proceedings. VIPs who attended the NSC were allowed to get up close and personal to rocket hardware in facilities owned and operated by SpaceX, Blue Origin, Boeing, the United Launch Alliance (ULA), and others, and in a few cases provided some unique views of those same facilities.

Humorously enough, those tours – at least as seen through the lenses of NASA photographer Kim Shiflett – acted as a generally accurate thematic representation of each company. ULA walked VIPs through their Delta IV Heavy integration facility, ready for the launch of a NASA spacecraft tasked with traveling closer to the sun than any vehicle before it – the impressive but oft-maligned rocket’s first launch in nearly two years.

Boeing displayed some of their Starliner hardware, hoped to carry their first crew to the International Space Station in very late 2018 or early 2019. Blue Origin showed off a massive factory – intended to eventually manufacture their orbital New Glenn rocket – that was, by all appearances, almost completely empty, aside from a flight-proven New Shepard and boilerplate capsule now on display in the lobby. 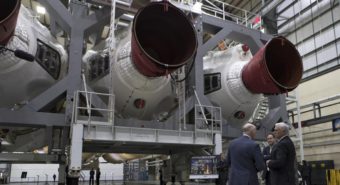 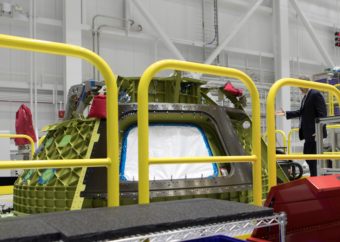 Boeing, one of the two companies that comprise ULA, gave NSC VIPs a tour of the facility where they are assembling Starliner crew capsules. (NASA) 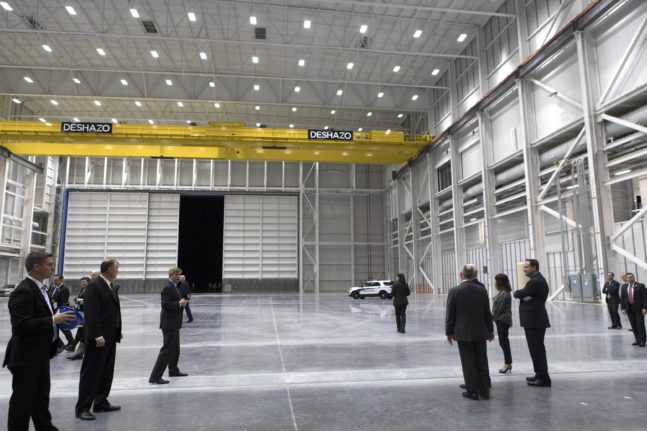 Blue Origin has had some success with its New Shepard suborbital rocket reuse program, although dramatically different from New Glenn. (NASA)

SpaceX, however, undertook the (admittedly less than titanic) feat of overshadowing its fellow aerospace companies. Something like 80% coincidence and 20% theatrics, SpaceX’s displays included two of the just-launched and just-landed Falcon Heavy boosters – one accessible by all at the Kennedy Space Center Visitor Center, the other recently shuttled into the company’s facilities at Pad 39A. While the company appears not to have opened their second LC-40 pad for tours this time around, Space Council VIPs were given a unique mass-tour of Pad 39A’s Horizontal Integration Facilities, chock full of flight-proven orbital rockets and components. 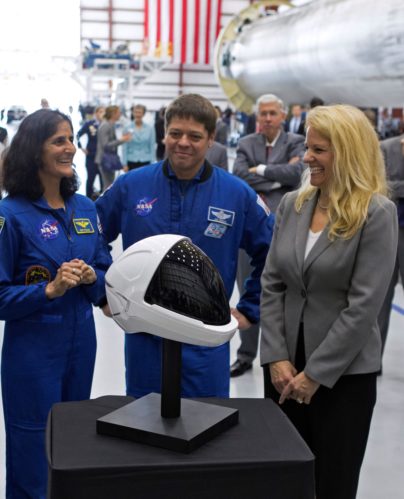 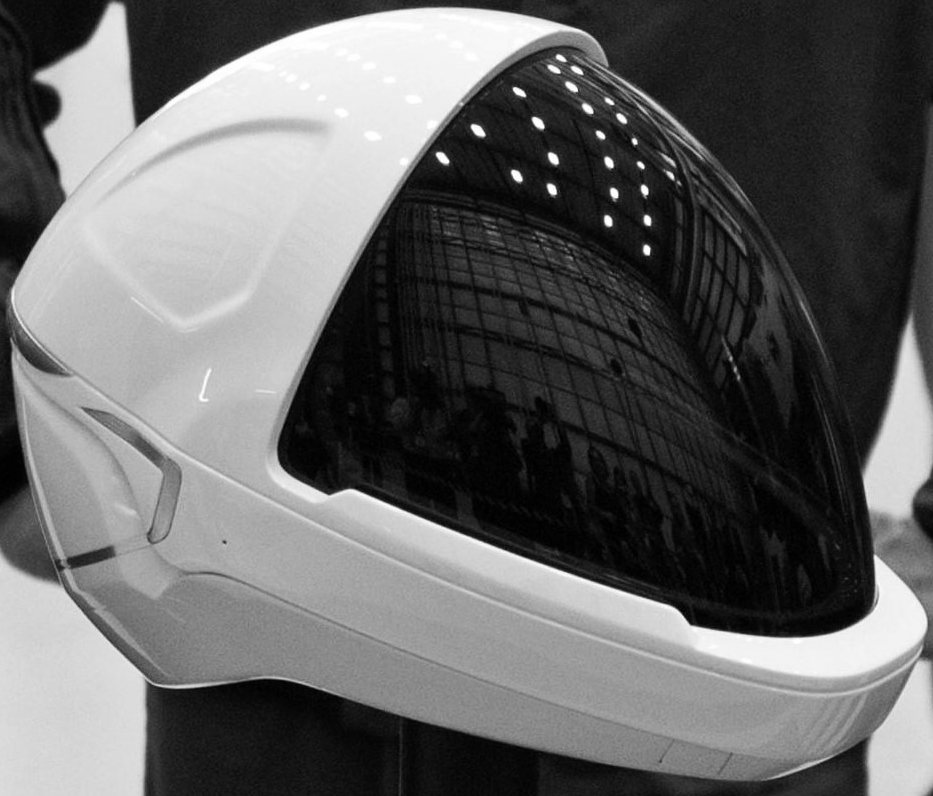 On display was the second Falcon Heavy side booster, a Falcon 9-equivalent first stage that took part in the inaugural launch of the massive rocket just two weeks before, as well as one of that booster’s highly valuable titanium grid fins, providing a unique sense of scale (spoiler: they’re colossal). Further, after what can only be described as Starman’s iconic global debut, SpaceX brought along the helmet of one of their slick internally-designed spacesuits, going so far as to let members of the tour – including the Secretary of the Air Force – briefly try it on for themselves.

.@NASA I’m ready to go. When’s the next launch? pic.twitter.com/XC21RFEw5C

Despite the baffling fact that none of the actual hardware developers that gave tours after had seats on either of the two panels that spoke before the Council, it’s great to see SpaceX flaunt at least a portion of its extraordinary and praiseworthy achievements in the last few months alone.

Whether or not you resent some of the politicking or the actors involved in the spectacle, the general theme of reducing and improving regulatory burdens on US aerospace companies is one of the very few places where there is actually some truth to the negativity. Jingoistic China-bashing and hyperbole aside, some of the panelists and councilmembers made reasonable points about the state of spaceflight regulation, and some of their recommendations may actually benefit companies like Blue Origin, ULA, and SpaceX – at least eventually.

Catch our live, behind-the-scenes coverage of these exciting events through the eyes of our amazing photographers on both coasts.