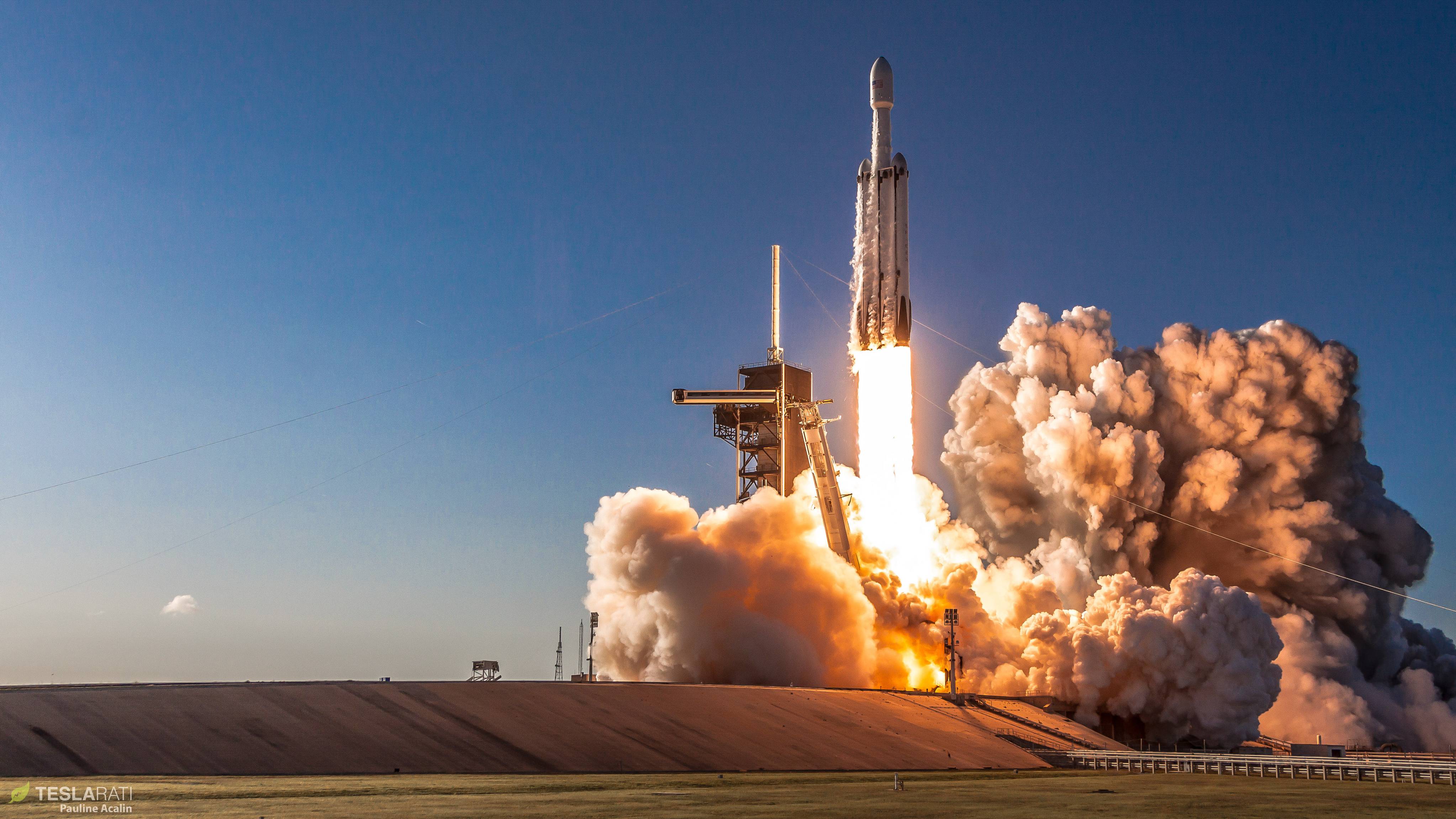 The first Falcon Heavy Block 5 rocket lifts off from Pad 39A on April 11th. Both side boosters will be reused on Flight 3, also known as STP-2. (Pauline Acalin)

According to SpaceX CEO Elon Musk, STP-2 is without a doubt the company’s “most difficult launch ever”, owing to a multitude of high-stakes performance requirements, US military and NASA oversight, several technical milestones, challenging booster and fairing recoveries, and much, much more. Should SpaceX succeed on all fronts, the company will have taken a massive leap towards being able to offer competitive launch services that can fulfill all of the US government’s many different spaceflight needs.

Challenges all the way down

Likely the single most challenging aspect of STP-2 is the performance the mission’s Falcon 9 upper stage will have to deliver. SpaceX describes the challenge below:

“[The STP-2 mission] will deliver 24 satellites to space on the DoD’s first-ever SpaceX Falcon Heavy launch. [It] will be among the most challenging launches in SpaceX history, with four separate upper-stage engine burns, three separate deployment orbits, a final propulsive passivation maneuver, and a total mission duration of over six hours.”
— SpaceX.com/STP-2

According to older USAF documents (STP-2’s original launch target was mid-2015), those numbers could actually rise as high as five separate upper-stage Merlin Vacuum burns and a mission duration of more than 7.5 hours. Given the last-second decision to move Falcon Heavy’s center core recovery from ~40 km offshore to more than 1240 km offshore, it’s fairly likely that five burns and 7.5 hours will be closer to the reality of STP-2. In short, the center core will move from a gentle recovery to what will probably be SpaceX’s hottest and hardest booster recovery ever to transfer as much margin as possible to STP-2’s upper stage.

With regard to that extra spicy reentry, Falcon Heavy center core B1057 – the second Block 5 center core built by SpaceX – is now expected to attempt a landing aboard drone ship Of Course I Still Love You (OCISLY) more than 1240 km (770 mi) off the coast of Florida, potentially smashing the current record of ~970 km (600 mi).

At the same time, fairing recovery vessel GO Ms. Tree (formerly Mr. Steven; renamed due to change in ownership) is steaming hard, heading anywhere from 1400-1600 km into the Atlantic Ocean. Falcon Heavy STP-2 will be the vessel’s first attempted fairing catch since December 3rd, 2018, nearly seven months ago. It will likely crush the previous record for most distant fairing recovery attempt by 50% or more. Whether or not the vessel succeeds and catches its first Falcon fairing(s) ever, it’s exciting to see Ms. Tree (Mr. Steven) out and about for a fairing recovery after months of inactivity.

As always, SpaceX will host an official Falcon Heavy STP-2 livestream, beginning around T-15 minutes and likely lasting at least 1-2 hours as the rocket’s upper stage prepares for a ~7.5-hour orbital marathon.