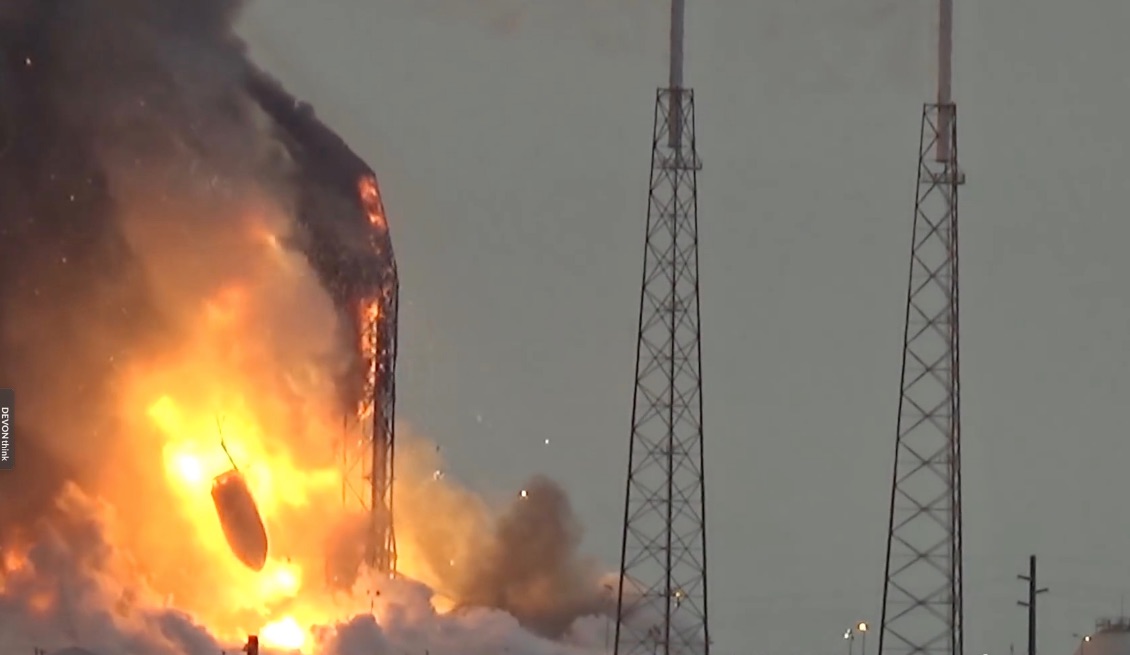 Investigation continues on what caused the explosion of SpaceX’s Falcon 9 rocket during a pre-launch test from the Cape Canaveral Air Force Station in Florida last week. CEO Elon Musk took to twitter to urge NASA, the US Air Force, and the Federal Aviation Administration to send recordings and information they have regarding the incident that destroyed Facebook’s $200 million communications satellite that was to be used in an initiative to beam high-speed internet to sub-Saharan Africa.

In a series of tweets this morning, Musk revealed that the company was “Still working on the Falcon fireball investigation.” which according to the billionaire entrepreneur is “Turning out to be the most difficult and complex failure we have ever had in 14 years.”

Still working on the Falcon fireball investigation. Turning out to be the most difficult and complex failure we have ever had in 14 years.

The source for the explosion was initially suspected to originate from the upper-stage liquid oxygen tank, however Musk suggests through his tweets that it could be ‘something else’. In specific, he indicates that the engines were not on and thus there was no apparent heat source that could have led to the explosion. He goes onto to say that the company is “trying to understand the quieter bang sound a few seconds before the fireball goes off,”

According to a video captured of the explosion by USLaunchReport, a small object is seen entering into the video frame and in the direction of the Falcon 9 rocket prior to the explosion . Conspiracy theorists have suggested that some form of projectile may have impacted the Falcon 9 leading to the burst of flames. Could this be the ‘something else’ that Musk might be referring to?

Particularly trying to understand the quieter bang sound a few seconds before the fireball goes off. May come from rocket or something else.

The failed mission represents a major setback for the aspiring young space company. Last week, reports indicated that Israel-based SpaceCom had plans to sue SpaceX for $50 million. Though the satellite itself was insured for $330 million, the company had issued approximately $265 million in bonds to fund the project. Spacecom would have been paid $100 million from Facebook and $164 million from the Israeli government pending the successful launch of the satellite.

SpaceX representatives said in an email to Reuters that the company is not public and does not disclose contract or insurance terms.