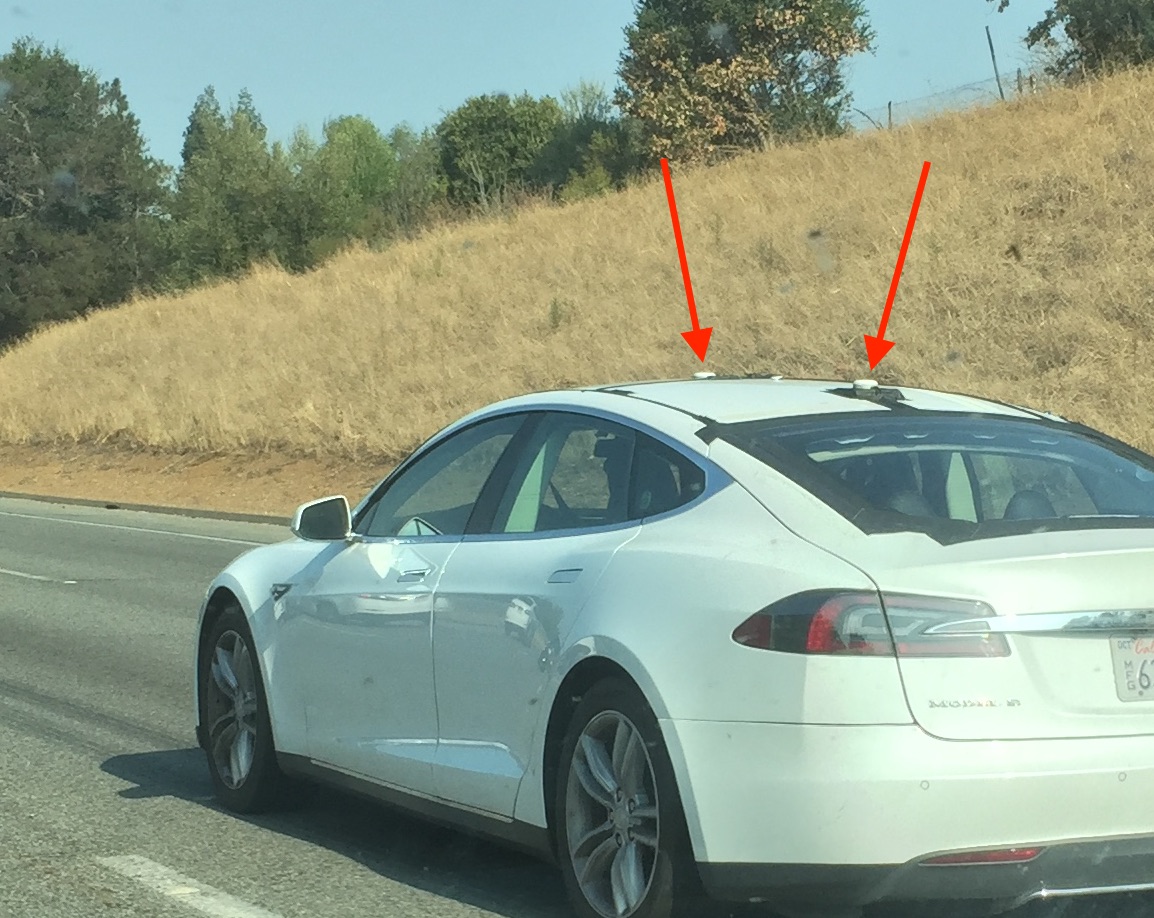 Another Tesla Model S with a roof-mounted LIDAR sensor has been spotted near the company’s Palo Alto-based headquarters. However, unlike the previous sighting of the Model S with overhead LIDAR and bore the Stanford University insignia on the rear windshield and license plate bracket, the Model S spotted today was using presumably much smaller LIDAR sensors and wearing manufacturer license plates.

The photo sent to us by a tipster, who preferred to remain nameless, was taken in Los Altos Hills, a common area where the Silicon Valley automaker has been known to test new features ahead of wide release. What’s particularly noteworthy are the two puck-style sensors mounted on the front and rear of the vehicle. The puck sensors also appear to be from Velodyne, the same manufacturer that produced the larger LIDAR sensor seen testing on a Model S earlier this summer.

Though industry experts within the field of autonomous vehicles, most notably Google, believe LIDAR sensors which provide in-depth 3D maps of a vehicle’s surroundings using lasers are critical for producing accurate self-driving technology, Tesla CEO Elon Musk has had a strong stance against it. Musk suggested that the use of LIDAR technology is not needed for autonomous driving. “I don’t think you need LIDAR … you can do this all with passive optical and then with maybe one forward radar”, he said during a press conference last October. “I think that completely solves it without the use of LIDAR. I’m not a big fan of LIDAR, I don’t think it makes sense in this context.”

Despite Musk’s stated case against LIDAR, industry experts believe self-driving cars will require multiple detection systems including the use of infrared LIDAR technology if vehicles are to remain safe at high speeds.

We know Musk has been preparing to release details for version 8.0 which will have noticeably improved Autopilot. Could this be a sign that the final version of Autopilot 2.0 will in fact use LIDAR?