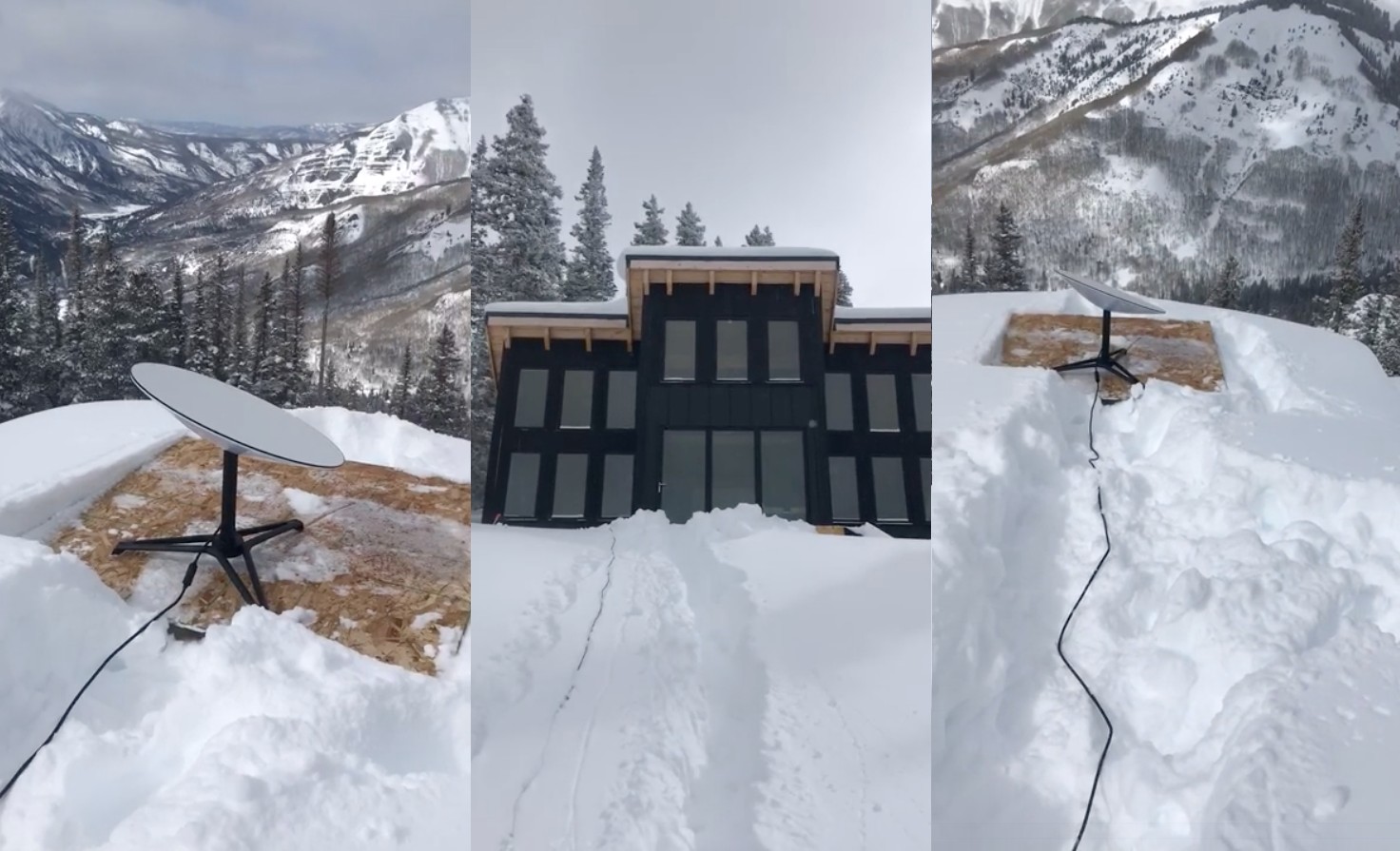 Starlink critics may be quick to point out that the satellite internet service doesn’t really match the current speeds of today’s best fiber internet, but for those in remote areas, Elon Musk’s constellation has every potential to be game-changing. An example of this was recently shared by a Starlink user who shared his experience with the satellite-based internet service while staying at an off-grid cabin at an elevation of 10,725 feet.

In a post on the r/Starlink subreddit, u/wolf_lodge noted that he could hardly believe that he has access to the internet while staying at his remote cabin. The cabin is located in the Rocky Mountains, a few miles west of Aspen, Colorado, and it offers breathtaking views of the surrounding mountains. Considering how remote the location is, it is almost hard to believe that the cabin has access to relatively high-speed internet.

I cannot believe this is a reality. Internet at 10,725ft elevation in my off grid cabin. Thank you starlink team, you are truly changing the world. from r/Starlink

The Starlink user did not share the exact speed of his internet connection when a video of the setup was shared online, though he did demonstrate how quickly he could load YouTube videos on a tablet computer. Based on the video streaming platform’s speed, it appears that the off-grid cabin high up in the Rocky Mountains was able to get some pretty good internet access thanks to Starlink.

The fact that Starlink provides internet access to such remote areas is highlighted further by the satellite system’s actual journey to the cabin. Since the off-grid home is located at an elevation of 10,725 feet, the Starlink kit had to survive a 5-mile snowmobile ride up the mountain. Needless to say, the satellite internet kit was able to reach its destination in one piece, and it was ready to deliver as soon as it was set up.

I figured if the equipment survived fedex, than it might be able to survive a 5 mile snowmobile ride. That’s the theory anyway. 😳 Good luck starlink, your climb up to 10,725ft elevation starts now. 🤞🏻 from r/Starlink

Starlink is still in its initial stages, with the constellation only having over 1,000 satellites in orbit today. This is a fraction of what Elon Musk envisions for the system, which is expected to grow to about 42,000 satellites when completed. Once done, Starlink has the potential to bring internet access to all corners of the world, including areas located at 10,725 feet elevation, or perhaps even higher.