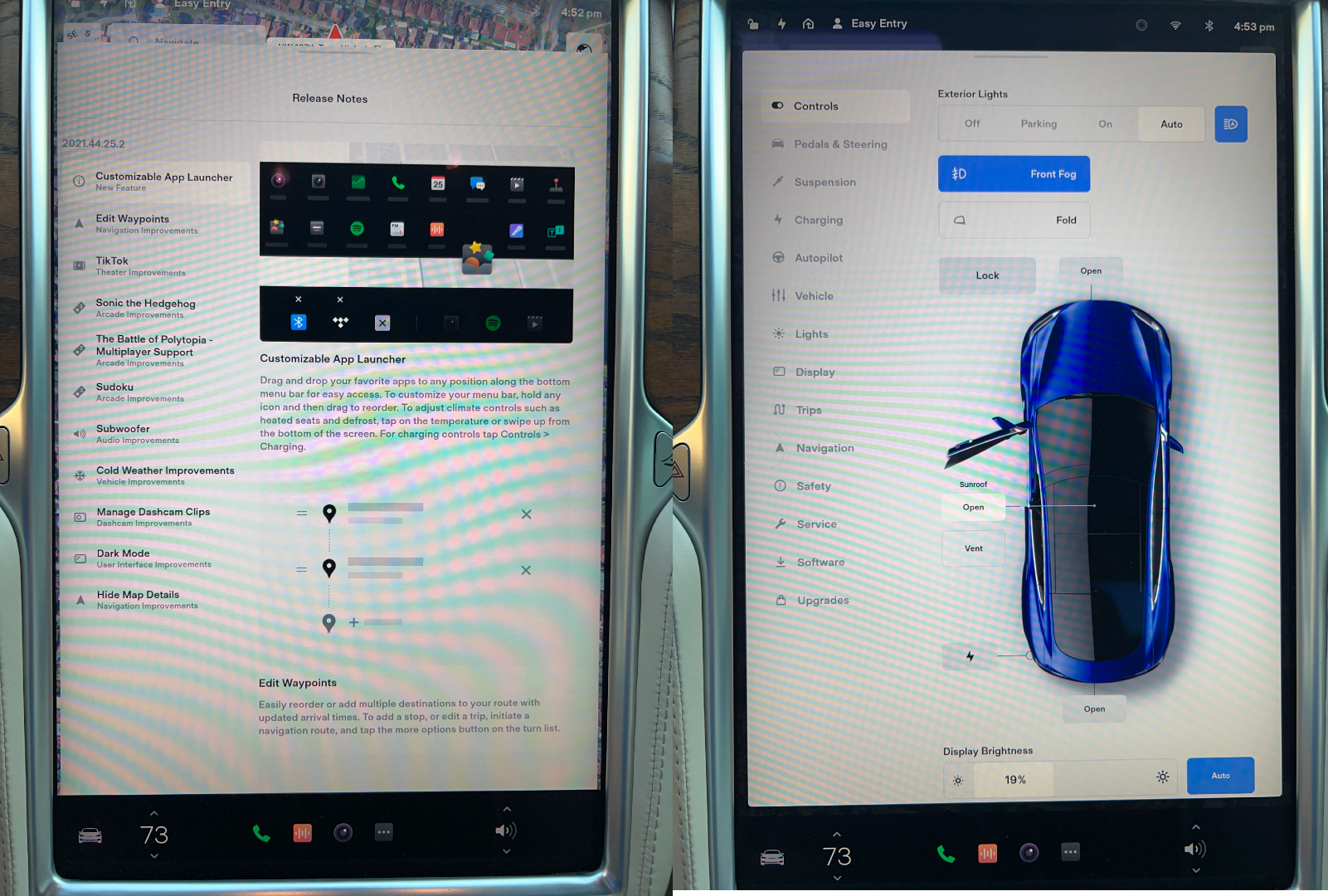 When Tesla recently conducted the initial rollout of its 2021 Holiday Update, electric vehicle owners were quick to point out that pre-refresh Model S and Model X vehicles were seemingly left out. This was quite unfortunate since Software Version 11.0 could be considered as one of the most extensive holiday releases that Tesla has released to date.

Fortunately, it appears that Tesla has now started to roll out V11 to some of its pre-refresh Model S and Model X. Images of the new software running the updated system were shared online. As mentioned by Tesla owner @HisandHersTesla on Twitter, even their 2017 Model S 100D received the update, though some features like the blindspot camera feature were not included.

Software V11 features a wide variety of changes to Tesla’s vehicles, from a programmable Light Show and new games to blind spot monitoring camera functions and a customizable app launcher. Some of these features, such as Sentry Mode Live Camera Access and Auto Seat Heaters, are inaccessible to legacy vehicles. These include Model S and Model X that are equipped with MCU1 units.

Pre-refresh Model S and Model X that are equipped with MCU2 infotainment systems are capable of receiving more features from the V11 suite, including Subwoofer Tunability, the capacity to edit Waypoints, and access to TikTok, Sonic the Hedgehod, Sudoku, and the multiplayer option for The Battle for Polytopia.

Regardless of their infotainment system, all Teslas are to receive Dark Mode, a customizable app launcher, the ability to hide map details, and cold weather improvements with the V11 rollout. Similar to Tesla’s other software improvements, it should also be noted that V11 is downloadable over the air, completely free of charge.

Watch a first look at Tesla’s V11 software update in the video below.