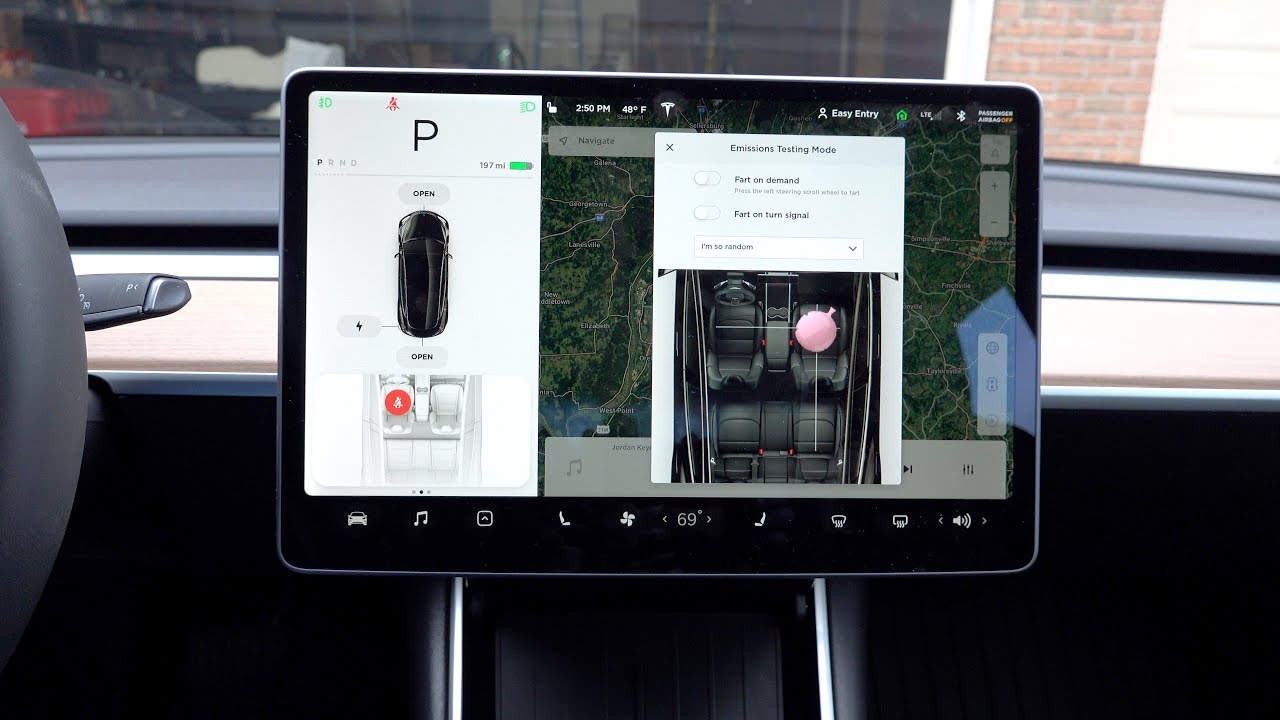 Tesla is currently rolling out the 2021 Holiday Update to its fleet, so a good number of the company’s vehicles would likely enjoy some fresh functions and fun new features. But as the Tesla community waits for the Holiday Update, it seems pertinent to explore some of the weird and unintentionally hilarious (apparent) bugs that have shown up in vehicles like the Model 3 recently.

Take, for example, this emissions testing bug that was shared earlier this month at the r/TeslaModel3 subreddit. As per the Tesla owner, his Model 3’s emissions testing feature (fondly known as “fart mode”) ended up going berserk. Despite emissions testing mode being disabled completely, the Model 3 stubbornly insisted on passing gas every time its doors were opened.

A video of the apparent fart mode bug in action was shared online, and needless to say, it definitely does not disappoint. When the Model 3’s doors are opened, the vehicle engages the feature, and somewhat aggressively at that. According to the Tesla owner, he had no idea what triggered the bug, though a soft reset seemed to fix the problem.

Considering the nature of the fart mode bug, however, numerous members of the r/TeslaModel3 subreddit have jokingly suggested that the bug should be left alone since its effect is hilarious. As juvenile as emissions testing mode is, after all, the idea of a car farting uncontrollably when its doors are opened is just something that speaks to the inner child in everyone.

Emissions testing mode may be a minor, fun extra feature for Teslas, but CEO Elon Musk has gone on record to state that he wants his gravestone to read “invented car fart.” And now that we’ve seen just how aggressive the feature could be when it goes out of control, one can almost be compelled to follow the CEO’s suggestion.