Tesla to donate $37.5M to Nevada schools as part of Gigafactory Incentive Deal

In an announcement at a meeting with the Nevada Board of Education last Thursday, Tesla officials stated that it would be issuing an initial grant of $1.5 million to the state’s K-12 education system. The donation is the first part of a $37.5 million grant that Tesla is set to roll out for the next few years, as a means for the company to help develop STEM talent within the state.

According to Nevada Gov. Brian Sandoval, Tesla’s grant, which would be released on a quarterly basis, will give students more access to specialized fields of study such as Science, Technology, Engineering, and Math (STEM). In a statement to the Nevada Appeal, Tesla CTO JB Straubel stated that the electric car maker and energy company expects STEM jobs in the state to increase over the coming years.

“The demand for STEM jobs in Nevada will continue to grow dramatically over the next few years,” Straubel said.

Tesla selected the recipients of the initial $1.5 million grant together with teachers, business leaders, and Nevada government officials. The first round of recipients includes $315,550 to FIRST Nevada and $127,100 to Robotics Education and Competition Foundation, which would allow schools to establish premier robotics programs. $263,924 will also be given to the DRI at UNR as well, to develop teacher training programs on robotics and STEM.

The Envirolution, Inc. is set to receive $262,700, which would enable the institution to develop a STEM program that focuses on energy sustainability, as well as projects that push energy efficiency to local Nevada schools and businesses. $200,000 will also be granted to Jobs for Nevada Graduates for the development of mentoring and employability skills. Sierra Nevada Journeys is set to receive $154,083 to implement programs that would foster interest in STEM fields at an early age. The grant will also be used to provide 250 scholarships for students in underserved communities, where qualifying individuals could attend overnight learning programs.

Lastly, $76,643 will be granted to Energetics Education for a pilot Solar Rollers program in Washoe County, which would challenge high school students to design, build, and race solar-powered radio-controlled vehicles. An additional $50,000 each at Washoe and Clark school districts will further be distributed to expand special assignment roles in Career and Technical Education offices.

Tesla’s grant to Nevada’s education system was outlined in the company’s documents from October 2014. As noted by auto journalist Bozi Tatarevic on Twitter, Tesla’s donations for the state’s education system is part of Gigafactory 1’s incentive package. In the filings submitted by Tesla then, the electric car and energy company pledged to make direct contributions to the state’s K-12 programs, together with a $1 million grant to fund advanced battery research at the UNL, as well as a pledge to support the state’s the veterans. 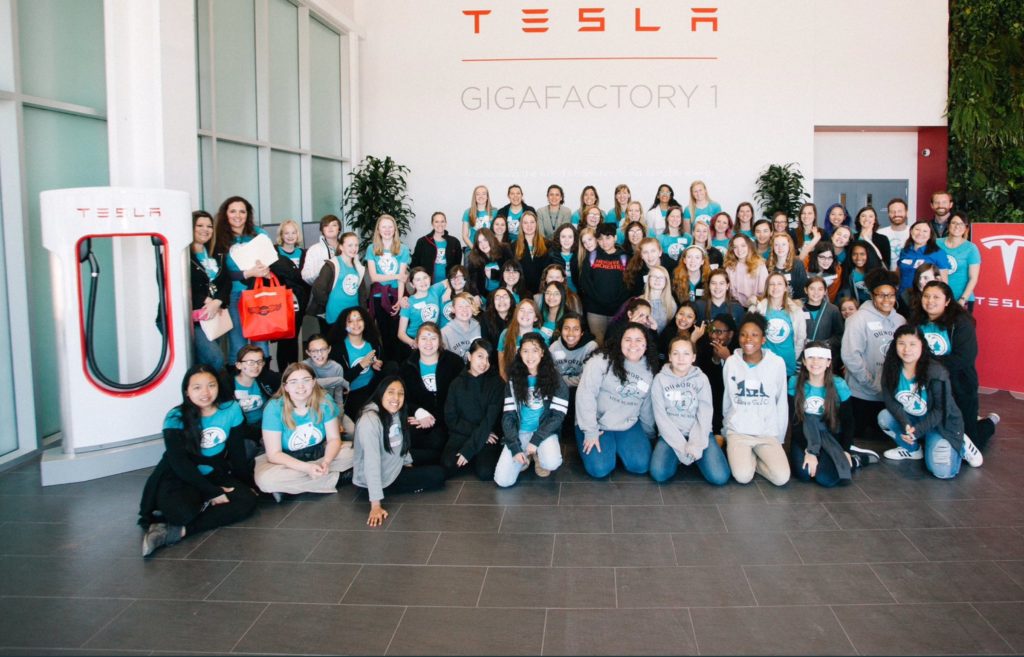 Tesla’s Gigafactory in Nevada is tasked with the production of the battery packs and drivetrains for the Model 3, the company’s first attempt at a mass-market electric car. Over the past year, Gigafactory 1 has largely grown from within as Tesla continued the production ramp of the electric sedan. This past Q2 2018, reports emerged that robots and additional machinery from Tesla Grohmann Automation in Germany were transported by air from Europe. The robots were reportedly installed at the Gigafactory to enable Tesla to address production bottlenecks in the Model 3’s battery module line.

Despite its already massive size, Gigafactory 1 is less than 30% complete. Fully built, Gigafactory 1 will be the world’s largest building by physical footprint, covering 13 million square feet.

Tesla to donate $37.5M to Nevada schools as part of Gigafactory Incentive Deal