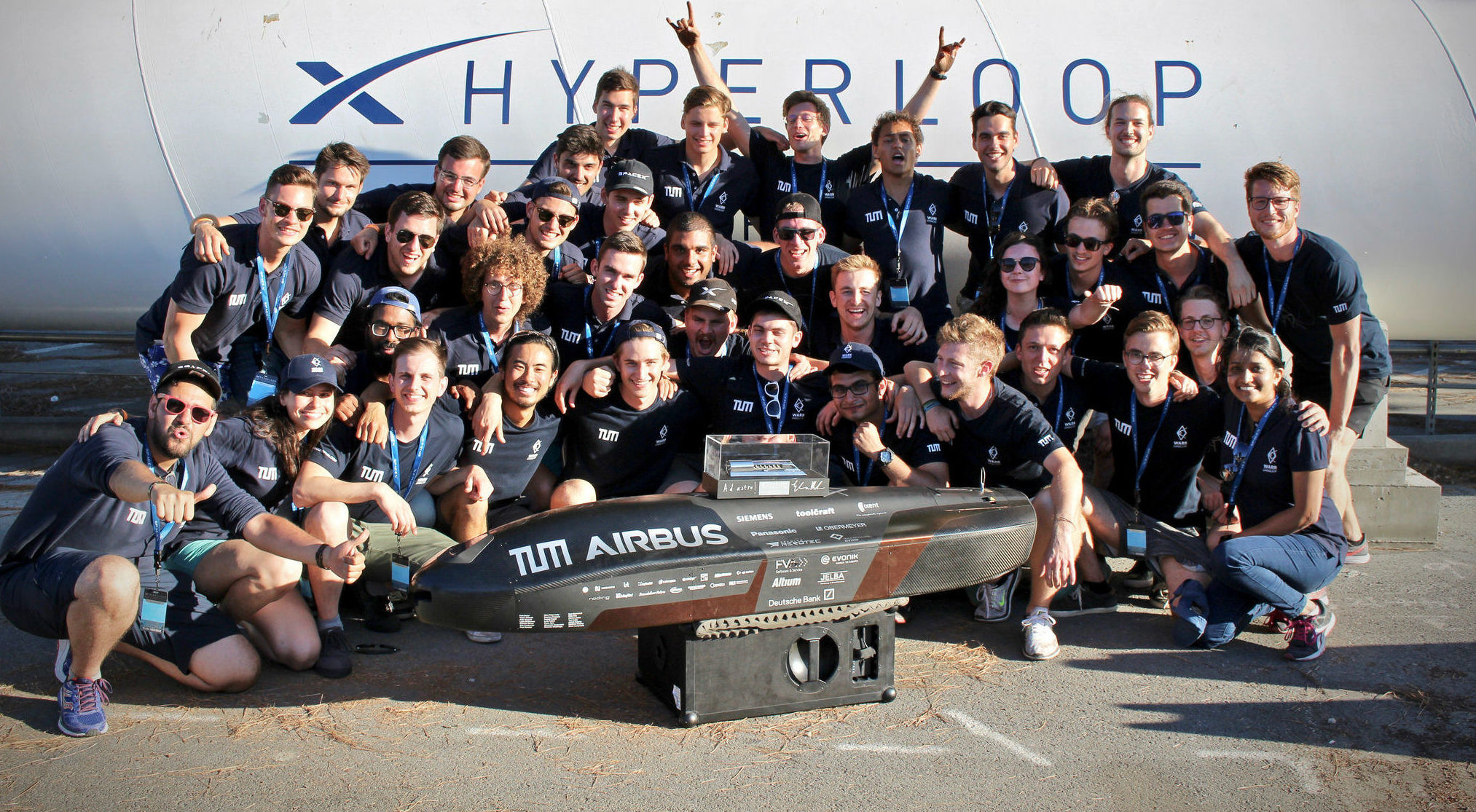 WARR Hyperloop, a team of students from the Technical University of Munich, has been dubbed as the overall winner of the 2018 Hyperloop Pod Competition. During its winning runs, Team WARR’s sleek, aerodynamic pod was able to propel itself to speeds of 290 mph, breaking the record set last December by Virgin Hyperloop One’s pod, which hit the 240 mph mark.

As noted by SpaceX on the event’s official page, the competition for 2018 would be focused on a single criterion — maximum speed. This year’s competition only had a couple of requirements for the teams participating in the event. The Hyperloop Pods must be self-propelled, and they have to be fast. Very, very fast.

We're excited to announce that our team WARR Hyperloop is the winner of the 2018 SpaceX Hyperloop Pod Competition!!!!!

We'd like to sincerely thank all our sponsors! pic.twitter.com/YpPTURnHp5

Achieving top speed in SpaceX’s Hyperloop test track on its headquarters in Hawthorne, CA, is a challenge in itself. The test track, after all, is only 0.8 miles long, which requires the self-propelled pods to accelerate hard immediately from a standstill. In a press release last month, Team WARR stated that they are hoping to achieve 372 mph (600 kph) in this year’s competition. The team’s pod ultimately did not hit 372 mph, but its 290 mph run was enough to crown it the winner of this year’s Hyperloop event.

Elon Musk was in attendance at the 2018 Hyperloop Pod Competition. For their feat, Team WARR received a special token from the Tesla and SpaceX CEO — a signed, metallic model of Musk’s original Hyperloop pod design. With this win, WARR Hyperloop has managed to establish itself as the team to beat in SpaceX’s competition. The team of students from Munich, after all, has garnered the fastest pod award for three consecutive events. 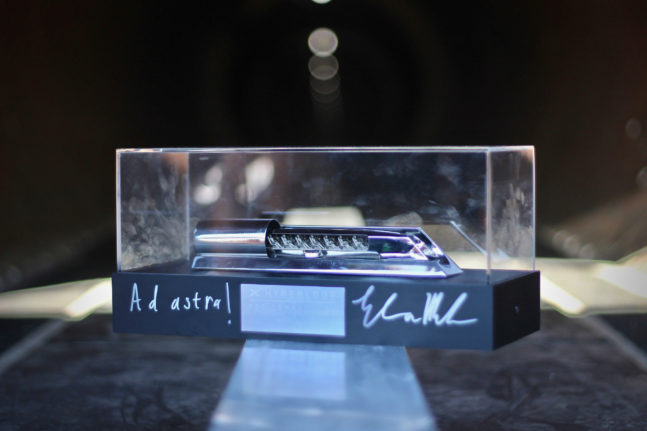 A token for the winning team, from Elon Musk. [Credit: WARR Hyperloop] 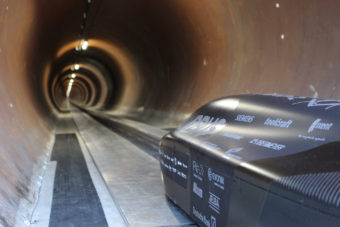 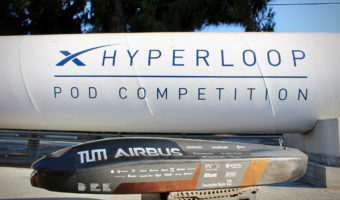 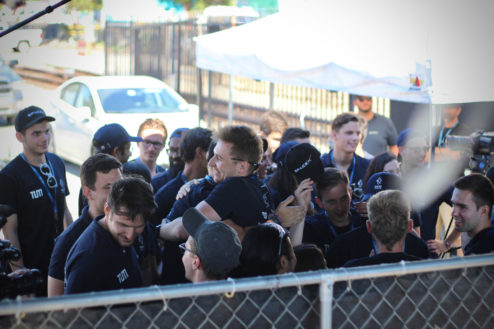 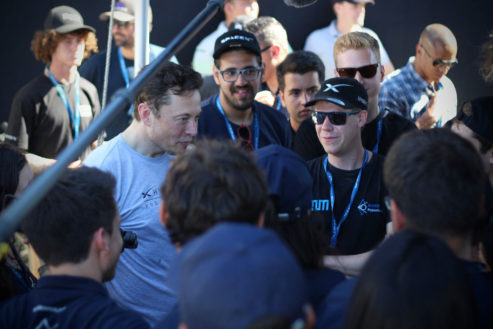 The three finalists for the 2018 Hyperloop Pod Competition were formidable teams. Apart from Team WARR, Team Delft from the Netherlands, which won the overall best pod award in SpaceX’s first Hyperloop competition, was also present. EPF Loop from Switzerland was also a finalist. When it came to the actual top speed attempts, Delft Hyperloop and EPF Loop were faced with misfortune.

Team Delft’s Hyperloop pod, for one, was only able to attain a top speed of 88 mph before stalling. The pod, which was the latest iteration of its winning design during the first Hyperloop Competition, was already showing problems in the week leading up to the event, including a fried circuit board not long before the competition. EPF Loop, on the other hand, was also met with complications that ultimately caused its pod to accelerate to speeds of only 55 mph.

Ultimately, WARR Hyperloop’s victory could very well be due to the engineering that went to the team’s pod itself. As noted by WARR Hyperloop in a press release, this year’s pod has been upgraded from a 50 kW electric motor to a system employing eight smaller electric motors with a total output of 240 kW or 320 hp. The pod is also smaller than its predecessor and is more aerodynamic in shape, allowing it to accelerate and stop without any problems.

Watch WARR Hyperloop’s teaser for its pod in the video below.