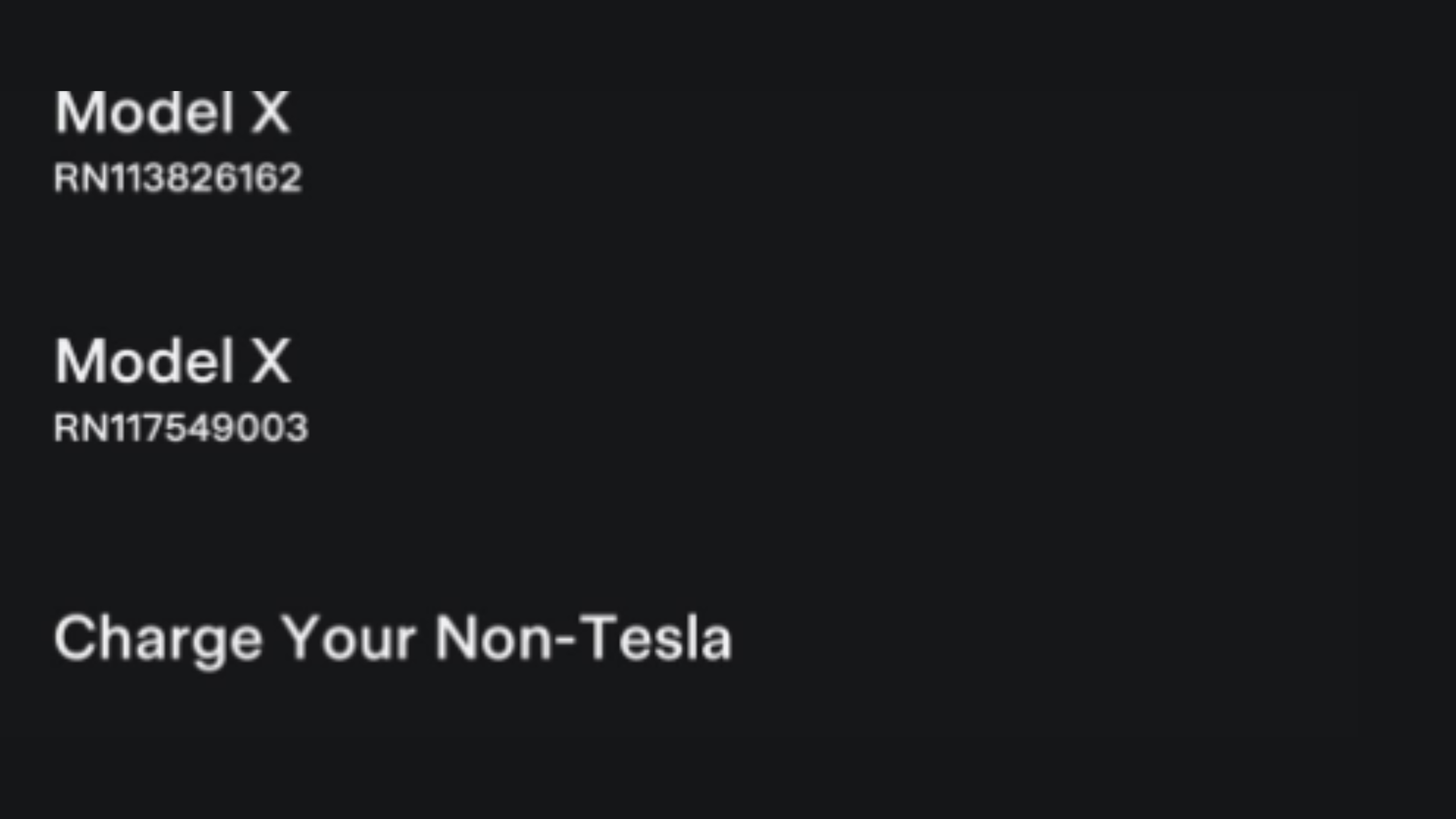 A new Tesla App update shows the option to charge non-Tesla electric vehicles. This suggests that Tesla is on track to open up its Supercharging Network in the U.S. to non-Tesla EVs by the end of this year as The White House mentioned in June.

The update was initially found by @FriendOfElon and shared by @klwtts on Twitter.

The new option can be found at the bottom of the Product Switcher list that only appears when you have access to several cars in your Tesla account.

For those looking for the new option, it is at the bottom of the “Product Switcher” list which only appears when you have access to several (maybe more than 5 🤷‍♂️) cars in your account. pic.twitter.com/GAXWWqFs3o

Tesla could be preparing to open its Superchargers to non-EVs in the U.S.

In July, we reported on the Wall Street Journal’s report that Tesla was applying for federal funding to expand its Supercharging network which happens to be the largest EV charging infrastructure in the world.

For Tesla to receive funding, it must give other EVs access to its charging network.

Tesla is most likely planning to open its Superchargers to non-Tesla EVs sometime this year, especially since The White House mentioned that Tesla is planning to do so back in June.

“Later this year, Tesla will begin production of new Supercharger equipment that will enable non-Tesla EV drivers in North America to use Tesla Superchargers.”

You can read more about this here.

Tesla launched its Non-Tesla Supercharger Pilot program in November 2021 and initially, it was limited to the Netherlands. Over the course of the year, Tesla has expanded the pilot program to several European countries.

The Tesla App update shows that Tesla is well on its way to making Supercharging available for non-Tesla EV owners and this, I think, will definitely be a win for Tesla.