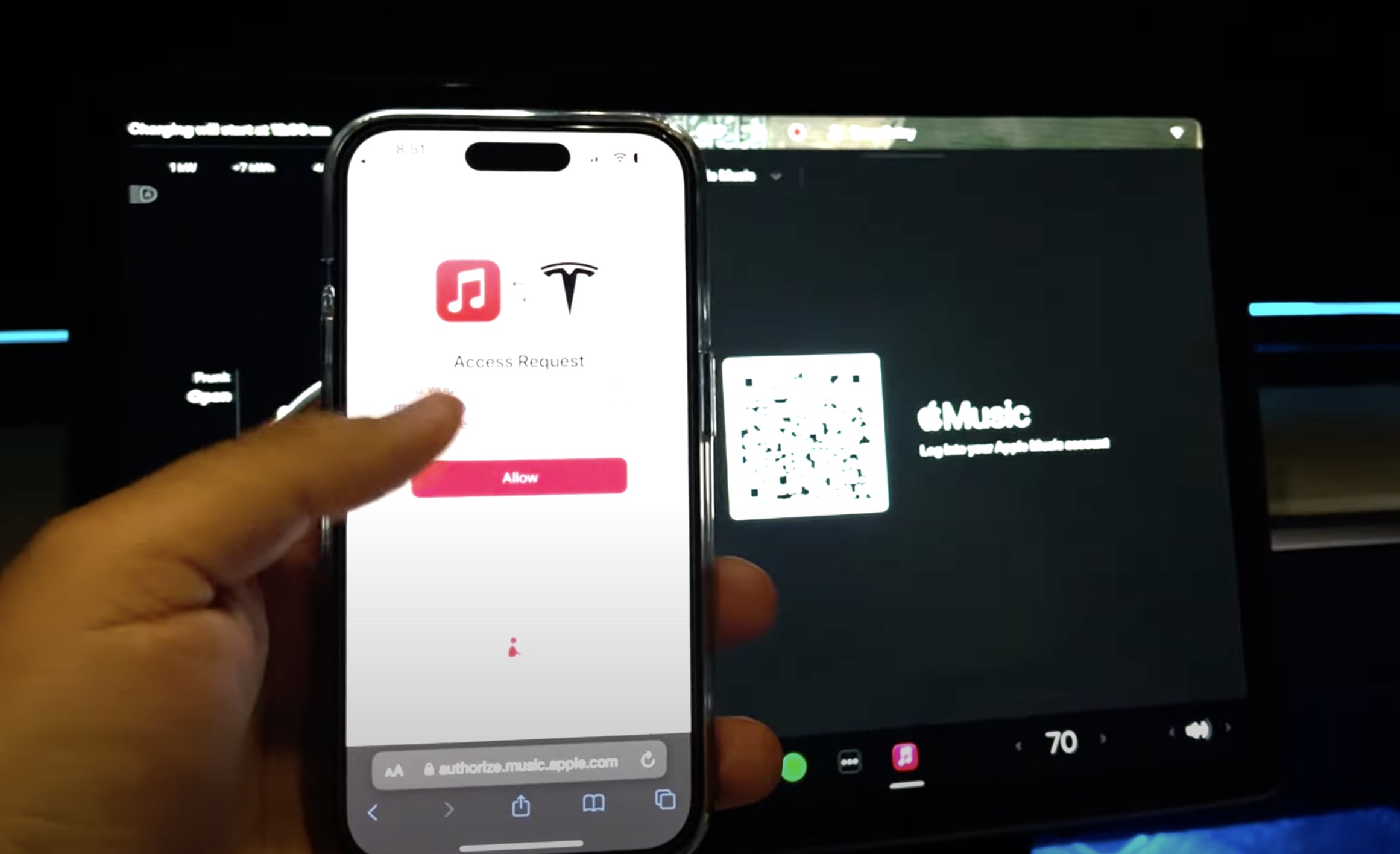 Late last month, the Tesla community saw a pleasant surprise when one of the vehicles that the electric vehicle maker brought over to its exhibit at the Petersen Automotive Museum featured Apple Music support. And sure enough, with the release of the company’s traditional Holiday Software Update, Apple Music integration was included.

“Stream over 100 million songs and 30,000 playlists ad-free. Listen to your entire library, discover new music and tune into live radio stations. To access Apple Music, tap the Apple Music icon in the Application Launcher, scan the QR code with your mobile device, and login with your Apple ID,” Tesla’s release notes for its Holiday Software Update read.

Thanks to some Tesla owners who were fortunate enough to have received the Holiday Software Update, demonstrations and reviews of Apple Music’s integration on the company’s electric vehicles have started getting shared online. One of these was posted on YouTube by creator Tesla Raj, and it featured a quick overview of the functions currently available in Tesla’s Apple Music app.

As could be seen in the video, logging in to Apple Music through a Tesla is very convenient as it only requires a QR code. After this, the user is presented with a pretty neat interface that includes the audio streaming service’s key features. Thus, Tesla owners would likely not have any issues navigating through their playlists or searching for songs from their cars.

Overall, however, Apple Music for Tesla’s vehicles is still quite basic for now. Tesla Model Y owner Jay Recillas, who received the Holiday Update, observed that he couldn’t really tell any difference in quality between Spotify and Apple Music from his vehicle. It also appears that Tesla’s Apple Music integration does not include support for lossless audio streaming in its current state. Considering that Apple Music already seems to work well with Tesla’s vehicles even in its initial rollout, it wouldn’t be a surprise if the service gets substantially improved in the future.