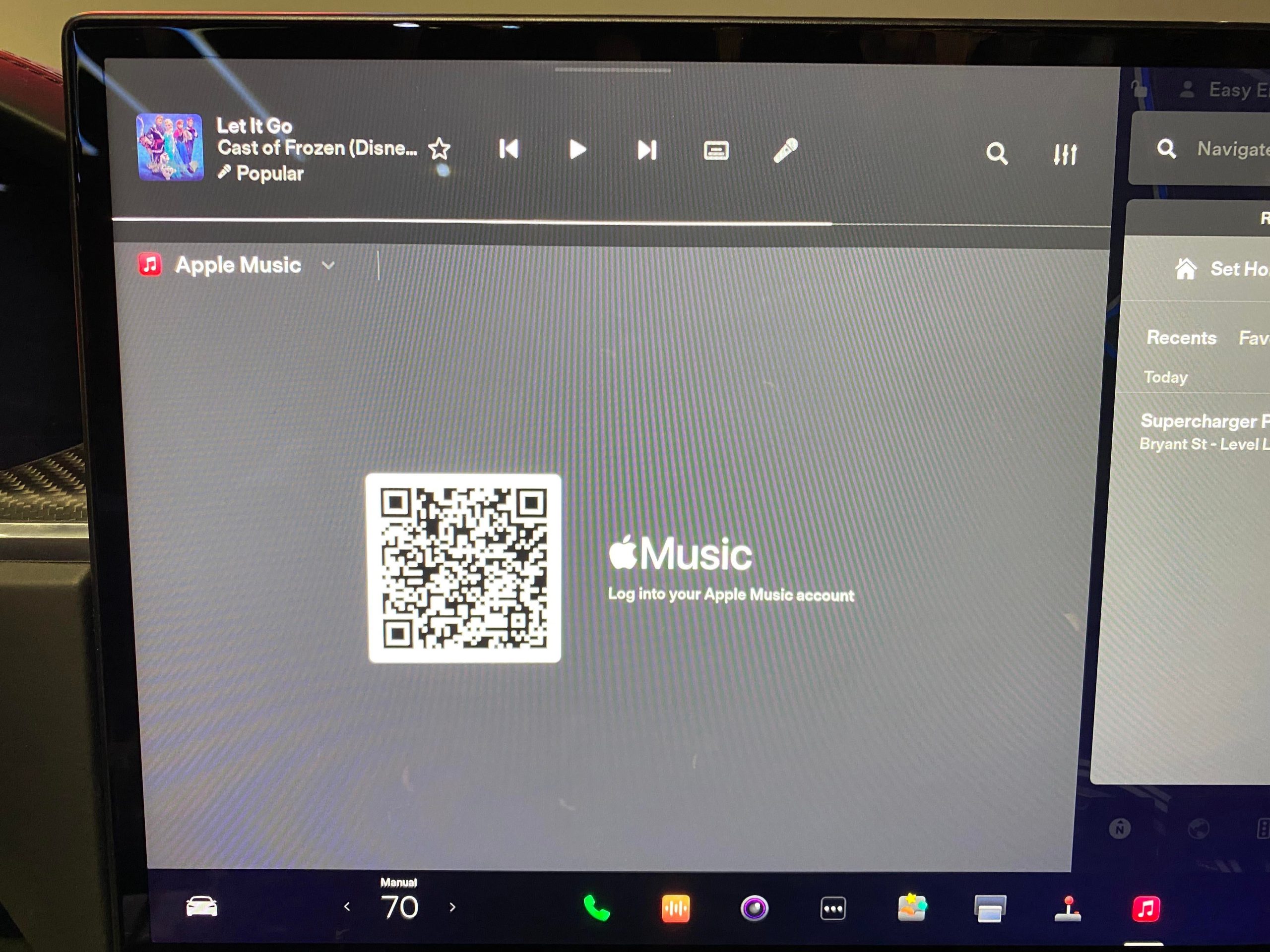 It appears that Apple Music support is indeed coming to Tesla’s electric vehicles. This was hinted at in photos reportedly taken of one of Tesla’s exhibits at the Petersen Automotive Museum.

An “Inside Tesla” exhibit is currently being featured at the Petersen Automotive Museum. The exhibition features a comprehensive collection of Tesla vehicles, from the original Roadster to the Model S Plaid Nurburgring. The Cybertruck prototype, Tesla Semi prototype, and the Roadster 2.0 prototype from 2017 are also featured in the exhibit.

Considering the vast collection of Teslas that are present in the Petersen Museum, it was no surprise that some attendees shared photos of the vehicles featured in the event. Among the most interesting was the presence of Apple Music support in one of the vehicles that the electric vehicle maker brought over to the museum.

Tesla has steadily rolled out more music options for its vehicles over the years. In the United States, for example, Spotify streaming was only added during the company’s Software Version 10.0 update. With the upcoming addition of Apple Music this time around, it appears that Tesla is bolstering its vehicles’ music streaming options.

Tesla’s vehicles are known among owners for having stellar speakers. Paul Maric, Senior Road Tester at CarAdvice.com, previously noted that Tesla hired ex-B&O engineers who were tasked with designing and sourcing the best speakers and amplifiers on the market. This results in Teslas, including its more affordable cars like the Model 3 and Model Y, having speakers that can rival the most premium options offered by legacy automakers, such as the Bang & Olufsen speakers used by Audi.