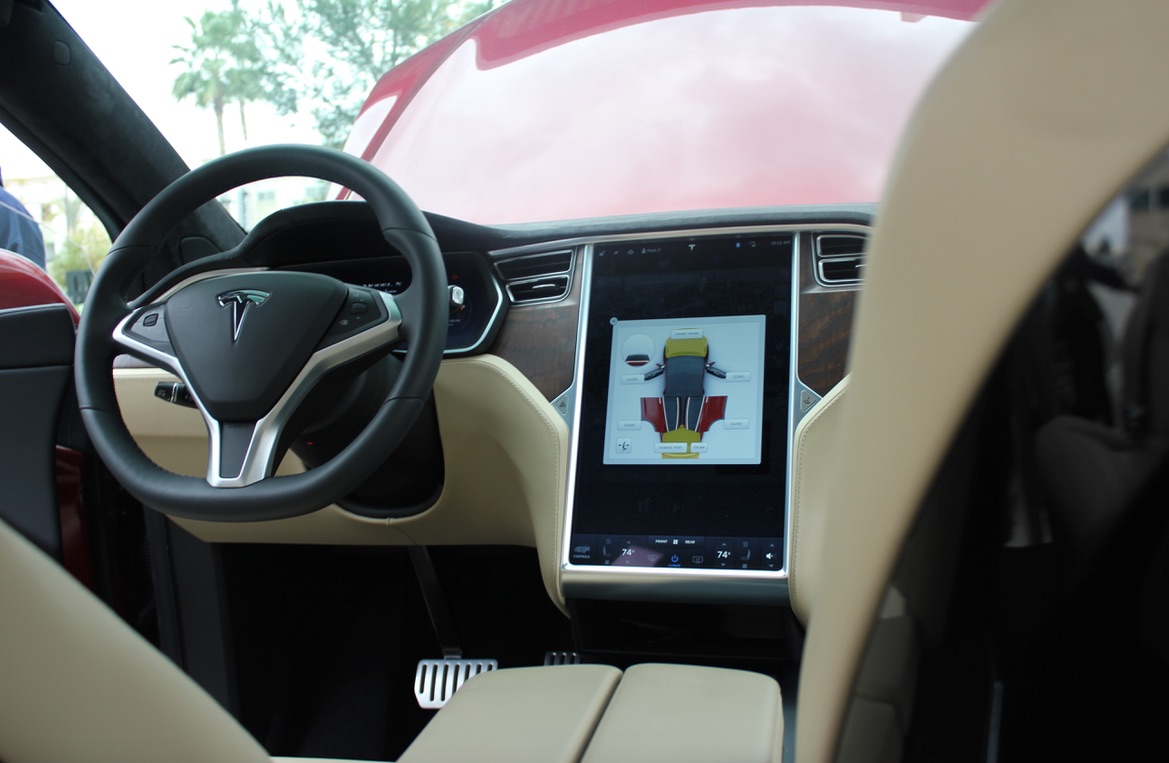 How Tesla brought a systems approach to the automobile

Everyone understands by now that Tesla does things differently than other automakers. However, most of the media attention centers on the vehicles’ performance (especially their 0-60 times), the marketing coup that the company performed in transforming electric cars from nerdy to cool, or the way Tesla has sidestepped the unloved auto dealers by selling directly to customers.

There’s another extremely important innovation that most non-Tesla owners aren’t aware of: Tesla’s vehicles are the first to use a single integrated computer system to control all of their functions, from battery charging to motor control to tuning the radio. Tesla co-founder Ian Wright made some insightful comments about this when I interviewed him for my book, Tesla: How Elon Musk and Company Made Electric Cars Cool, and Remade the Automotive and Energy Industries (edition 3.0, totally revised and updated in 2017, is now available). The following is adapted from the book.

Ian Wright, a native of New Zealand, is a racing enthusiast who converted a lawn mower to a go-kart at age 10. He moved to California in 1993, and happened to be a neighbor of Martin Eberhard, who was working with his long-time collaborator Marc Tarpenning to establish Tesla. Wright’s automotive expertise was just what Eberhard and Tarpenning needed, so he took the chance to combine his interests in software, engineering and racing, and became Tesla’s VP of Vehicle Development.

When I asked Ian Wright how Tesla had changed the way cars are developed and manufactured, he said that the company had indeed done so, but not in the ways that people might think. “The way that Toyota manufactures a car, the way they stamp the metal and weld them together and paint them and do all the interior bits and put the car together, it’s kind of hard to beat that,” said Wright. “I’m not sure that Tesla’s made any advances on that, or even gotten to the level of doing that. On the other hand, if you’re a Silicon Valley technology engineer, and you look at the way modern cars are designed from an electronics point of view, to use an Australian expression, it looks like a dog’s breakfast. It doesn’t appear that they have what we would call a systems architecture.”

People often describe the modern automobile as a “computer on wheels,” but it’s really more like a couple dozen small computers, not one. Unlike a computer network or a software application, a (non-Tesla) car is not designed as a single system – it’s a mishmash of separate, incompatible computer systems, each one sourced from a different supplier. As Ian Wright told me, “I’m looking out the window at my 2008 Volkswagen Touareg, and I bet that’s got sixty or seventy electronic black boxes, three hundred pounds of wiring harness, and software from twenty different companies in it. The major reliability problem with those cars is the electronics and software. I think Tesla did take a real Silicon Valley systems architecture perspective in designing all the electronics in the Model S. I don’t know to what extent that way of doing things will translate to the big guys, but I think it is a very different way of doing it and I expect that their electronics and software will wind up being quite a bit more reliable than what we’re used to in cars.”

All the software that runs Model S (and X, and 3) is integrated as a single, logical system, which means, according to Wright, “fewer black boxes, a simpler wiring harness, more integrated software, fewer surprises when something goes wrong and other things don’t work properly, or something weird starts happening.”

Above: One of the original Tesla co-founders, Ian Wright (Image: Charged)

“My 2008 Volkswagen has got a nice color LCD right there in the middle of the instrument cluster and it drives me crazy, because there’s plenty of room to have lots of information on there, but they’ve divided it into a bunch of big fields. One of the fields gives you the outside air temperature – until the low fuel warning goes off. When your low fuel warning goes off, they overwrite the temperature with the low fuel warning icon and until you put more fuel in the car, you can no longer tell what the outside air temperature is. They could so easily have moved stuff around and put that somewhere else, but they couldn’t do that because the way they developed things, there was a specific crew that did that, a specific piece of code – it’s done this way. That’s the sort of thing that Tesla gets right in their sleep, and the big guys really struggle with.”

The more integrated approach also means that, as technology improves, things can be upgraded quickly and smoothly. Minor improvements that a smartphone maker might roll out in weeks can take months or years in today’s auto industry. Tesla has made several major upgrades to its vehicles remotely, without the owners having to do anything. Making similar changes to a traditional vehicle would require bringing it back to the dealer. As far as I know, no other automaker has ever issued an improvement or upgrade for an existing vehicle, except to fix a faulty component.

In an EV, electronics and software are the very heart of the vehicle, so as the majors begin to produce EVs in volume, they will eventually be forced to adopt a more systems-oriented approach (although this isn’t likely to happen as long as they are simply adapting gas-powered models by dropping in an electric powertrain). Furthermore, two other powerful trends are converging with electrification: automation and connectivity. Keeping up with these advances will absolutely require a software-centric conception. This will be no minor adjustment for the automakers – it will be a revolution in the way they design and build their products. To build the electrified, autonomous, hyperconnected automobile of the 21st century using the current system would be like building a smartphone that incorporates one chip and operating system for telephony, another for the internet, another for the camera, another for the music player, etc.

It’s not just a question of doing a better job designing the electronics and software – the problems are inherent in the structure of the industry. As Wright explained to me, even though the majors are improving their software systems, “they generally don’t develop any of that stuff themselves, they write a spec and they send it out to Tier 1 suppliers like TRW, Siemens and Bosch. If they’re still doing it that way I think they’re still going to have a problem.”

Ian Wright told me that in January, 2014. Almost four years later, it doesn’t seem that much has changed. Automakers are upgrading the user interfaces in their vehicles, but most of them still look and feel a decade or so behind the times, compared to the functionality consumers are used to from their smartphones and tablets. A number of OEMs are experimenting with over-the-air software updates – GM plans to launch a new electrical vehicle architecture capable of over-the-air updates “before 2020,” and Porsche says its upcoming EV, the Mission E, will offer over-the-air updates and software-locked options. So far however, these innovations seem to apply mainly to a vehicle’s infotainment system. There’s no sign that any of the legacy automakers yet envision a system like Tesla’s, which uses one computer platform to control all of a vehicle’s functions.

How Tesla brought a systems approach to the automobile