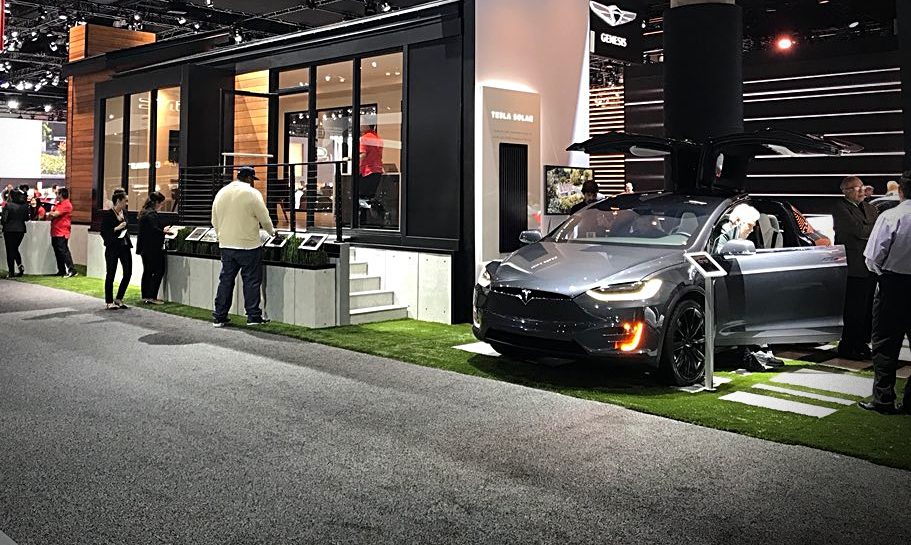 Making a big splash at the LA Auto Show this week is California-based Tesla who’s pulling out all the stops in its display of a “House of the Future” and the much talked about Model 3.

Though arguably best known for its fleet of all-electric vehicles, Tesla is also looking to educate attendees of the auto show, held from December 1 – 10 at the Los Angeles Convention Center, on how to generate, store and use renewable energy for their home. A mock model home located at Tesla’s exhibitor booth in the South Hall educates the public on the benefits of using a Powerwall home battery storage unit and Tesla solar panels, while serving as a backdrop for the company’s Model S, Model X and Model 3.

Tesla’s “House of the Future” demonstrates the company’s commitment to becoming a vertically integrated energy company. Tesla CEO Elon Musk announced in 2015 that the company would create a subdivision focused on building energy products, including home and grid-level battery storage units – Powerwall and Powerpack, respectively. “Tesla is not just an automotive company, it’s an energy innovation company.” said Musk at the time. “Tesla Energy is a critical step in this mission to enable zero emission power generation.” 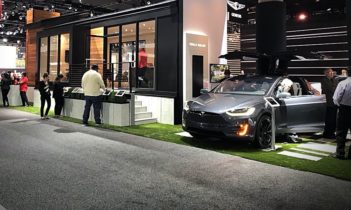 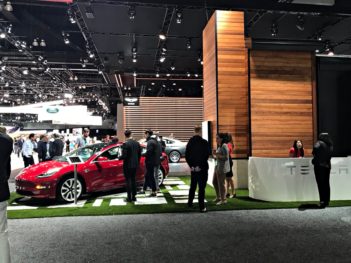 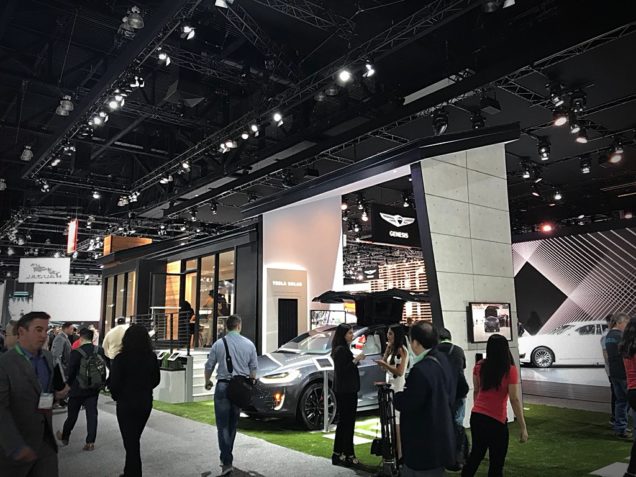 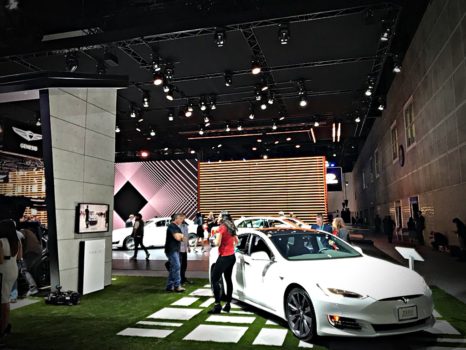 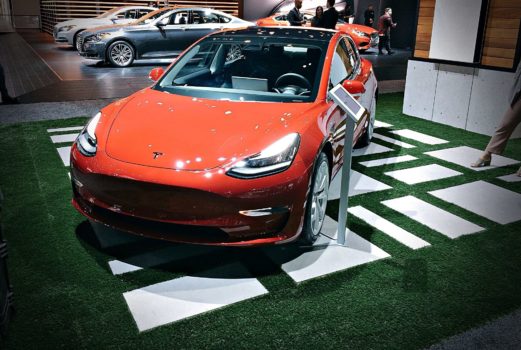 The company would later include its line of energy products directly in Tesla showrooms that also served as the storefront for its consumer electric cars. Tesla also showcased a “Tiny House” that was towed by a Model X, in a roadshow across Australia. The mobile showroom demonstrated the capabilities of Tesla’s end-to-end clean energy products.

“Powered by 100 percent renewable energy via a 2 kW solar system and Powerwall, Tiny House … can calculate how your home can generate clean energy from the sun using solar panels, storing it in the Powerall to use through the day and night,” Tesla said in a statement at the time, “which can all be monitored and controlled by the Tesla app.”

Tesla’s appearance at the LA Auto Show this year as an exhibitor can be seen as a rare event, considering the company has traditionally relied on viral marketing from its loyal fanbase and shied away from exhibiting at auto shows. Tesla rolled-in a Model X mobile showroom at last year’s Southern California-based auto show, but did not participate in the larger Detroit auto show, Paris Motor Show and International Geneva Motor Show.