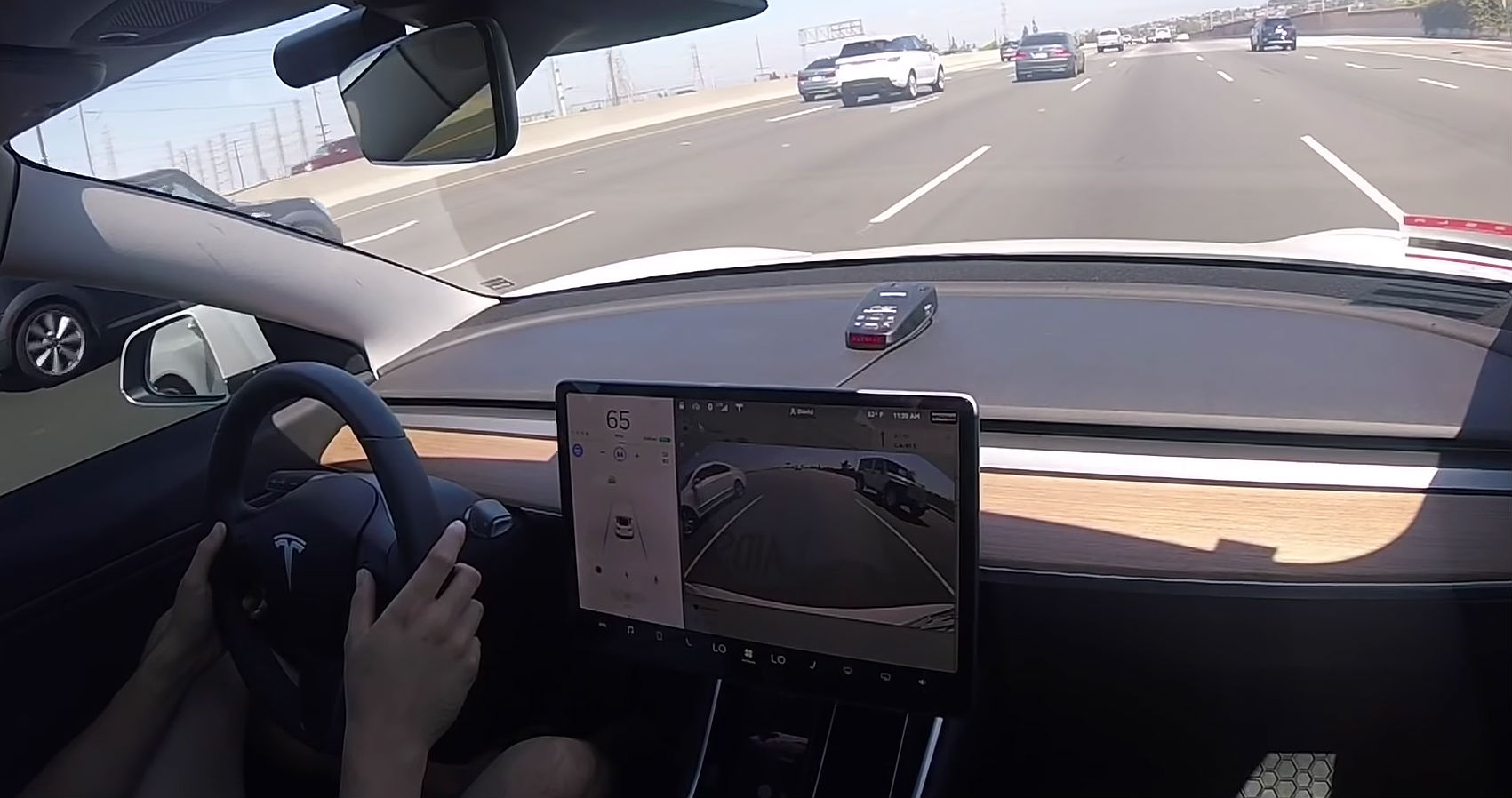 Tesla’s highly-anticipated Software Version 9 update has not been released yet, but the safety features of Autopilot continue to impress owners of the company’s electric cars. Among these safety features is Autopilot’s blind spot detection, which was recently showcased by a Model 3 owner while traveling on a highway to Las Vegas.

The Model 3 owner, who shares his experiences with his electric car on his TeSLAExPo YouTube channel, opted to conduct an informal test of his vehicle’s behavior when he initiates a lane change while another car is on his blind spot. The electric car owner conducted the test several times, and in every instance, the Model 3 refused to change lanes as long as it detected the presence of a vehicle on its blind spot. Autopilot only changed lanes when it was certain that there was no risk of collision.

The Model 3 owner’s video is but an informal test of one of Autopilot’s long list of safety features. That being said, the behavior exhibited by the Model 3 when its driver attempted lane changes show that Autopilot is designed in a way that minimizes risks on the road. If any, the video provided by the Model 3 owner shows that Tesla’s blind spot detection features react and handle a vehicle like a very cautious driver.

Tesla’s Autopilot has gotten more refined with regards to its other safety features as well. Just last month, a Model 3 owner who was traveling on a highway in Ontario, Canada, came very close to having an accident after a vehicle going way past the speed limit cut off the electric car. The Model 3, which was on Autopilot, immediately engaged its Collision Avoidance system and promptly directed the vehicle to an adjacent lane, avoiding what could have been a serious accident.

Elon Musk has been teasing even more improvements to Autopilot with the impending release of Software Version 9. While speaking to the Tesla community on Twitter earlier this year, Elon Musk noted that V9 would introduce the first features of the company’s Full Self-Driving suite. Elon Musk appears to have provided a teaser of what some of these capabilities would be in a Twitter post last June, when he posted an image of a menu that featured blind spot threshold settings that go all the way up to “Mad Max” mode.

Apart from the first of its Full Self-Driving features, Tesla is also preparing to introduce a series of new, and even fun features for Software V9. Among these is “Fade Mode,” which automatically dims the display of the MCU to make driving at night easier, as well as a completely revamped UI and Navigation system. The long-awaited and highly-anticipated built-in dashcam using Autopilot cameras is also set to be introduced with Software V9. True to Elon Musk’s words, Software V9 will also debut a number of classic Atari games as Easter Eggs, including titles like Pole Position, Asteroids, Missile Command, and Tempest.

Watch Tesla’s Autopilot showcase its blind spot detection prowess in the video below.

And watch how Autopilot avoids what could have been a serious accident in the clip below.