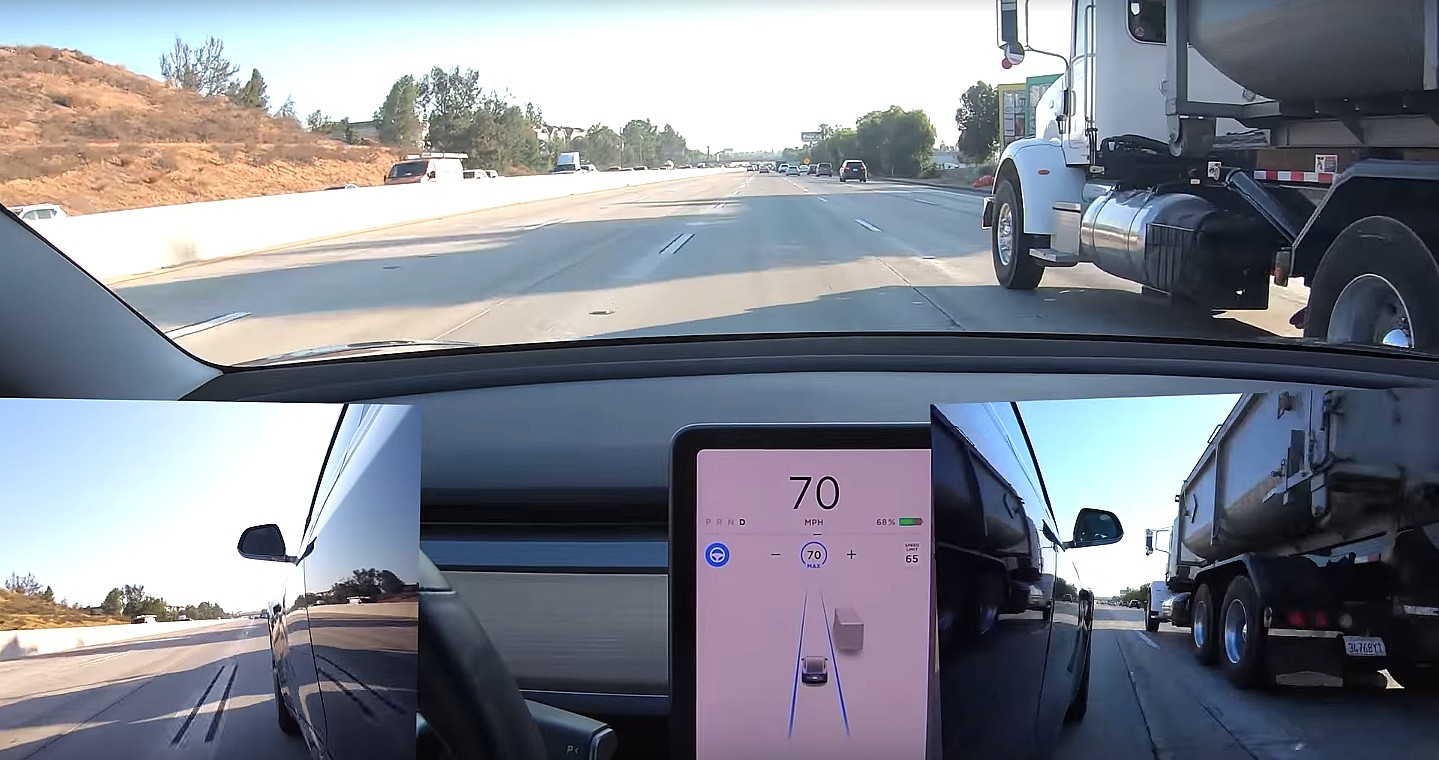 When Tesla rolled out its V10 update for its fleet, owners were given many new entertainment, performance and accessibility options for use while driving or parked. But owners who regularly utilize Autopilot were anticipating minor fixes to the driver-assist system that would make the user experience much better.

While Autopilot is already safe, the Silicon Valley-based car manufacturer released small fixes to its software with 2019.32.11. Based on a recently uploaded video from a member of the Tesla community, it appears that Autopilot now gives large trucks additional space when overtaking them on multiple-lane roads.

Video uploaded by Scott Kubo, a Tesla enthusiast and popular YouTuber, showed multiple examples of his Model 3 moving to give semis and tractor-trailers more room when overtaking the large vehicles. Kubo was utilizing basic Autopilot with Autosteer, Lane Keeping, and Adaptive Cruise Control.

Kubo started the video by stating that he did feel slight improvements in Autopilot’s distance control. While simple, these changes were extremely significant, he said that it gives the truck “a nice margin of space” in the other lane. As he pulled up next to a tractor-trailer when driving on the highway near Riverside, California, he talked about his experience with the improvements.

“(The car) moves over in the display and gives that truck some space…and then, boom! It moves right over directly into the center of the lane again,” Kubo said.

Driving visualization improvements that also came with V10 can now recognize and distinguish the differences between semi-trucks and buses, and that could be the reason why the extra space from tractor-trailers when overtaking them on the highway.

The new feature will help increase the driver’s confidence when navigating with Autopilot. This minor improvement also increases safety on any highway or multiple-lane road. The natural reaction of people moving over when passing a tractor-trailer is now available for use during Autopilot and it should ease the minds of anyone who needs reassurance that Autopilot will keep them and their families safe.

Watch Scott Kubo’s video of Tesla Autopilot’s minor improvements as a result of Software V10 2019.32.11 below: