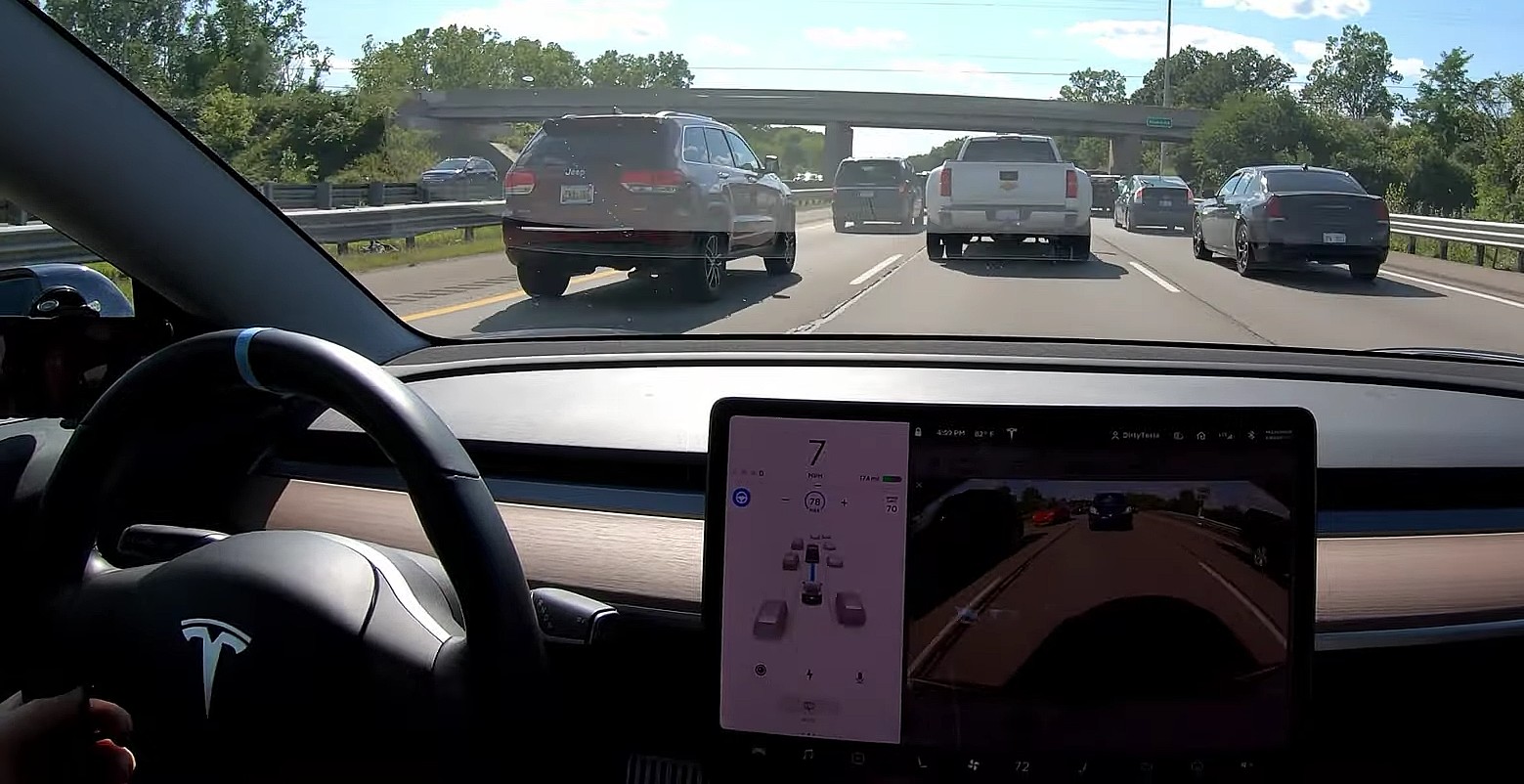 A Tesla Model 3’s Navigate on Autopilot system was recently subjected to a test in heavy traffic, in an attempt to see just how well the electric car maker’s most advanced driver-assist feature could handle real-world scenarios in a busy highway. Apart from a couple of tricky spots, the Model 3 was able to complete the highway on-ramp to off-ramp maneuver with zero disengagements, highlighting the progress that Tesla has made with its Autopilot software.

The Navigate on Autopilot rush hour traffic test was conducted by Model 3 owner-enthusiast Dirty Tesla, who has previously attempted similar challenges in the past. A previous test, for example, seemed headed for success until the Tesla owner had to take control of the vehicle as it was approaching the highway off-ramp. As noted by the Tesla owner, this was due to the Model 3 having difficulties merging into the exit lane due to traffic.

The Model 3 smoothly glided over the highway on-ramp and into the busy freeway. Over the course of the video, Navigate on Autopilot revealed both its strengths and its areas for improvement. There were a couple of times when the Tesla owner seemed ready to take over due to the vehicle’s movements, but at the same time, there were also moments when the Model 3 displayed such smooth driving that it seemed like it was being operated by an experienced human driver.

By the time the off-ramp was closing in, it appeared that the Model 3 owner was about to be forced to take control of the vehicle once more. Fortunately, Tesla’s Navigate on Autopilot eventually found an ideal space to merge into despite heavy traffic in the area, allowing the vehicle to complete the off-ramp maneuver and exit the highway with zero interventions. Seemingly as an added bonus, the Model 3 performed a perfect right turn on its own after exiting the freeway.

Navigate on Autopilot is currently Tesla’s most advanced driver-assist feature, thanks to its automatic lane changes and its on-ramp to off-ramp capabilities. Tesla previously introduced the feature as part of its Enhanced Autopilot, though the company later moved it to the Full Self-Driving suite. Elon Musk has proven to be notably optimistic about Navigate on Autopilot’s capabilities, particularly as the feature could be considered a stepping stone towards Tesla’s ultimate goal: the development of full-self driving vehicles.

Watch Dirty Tesla‘s highway on-ramp to off-ramp rush-hour test in the video below.