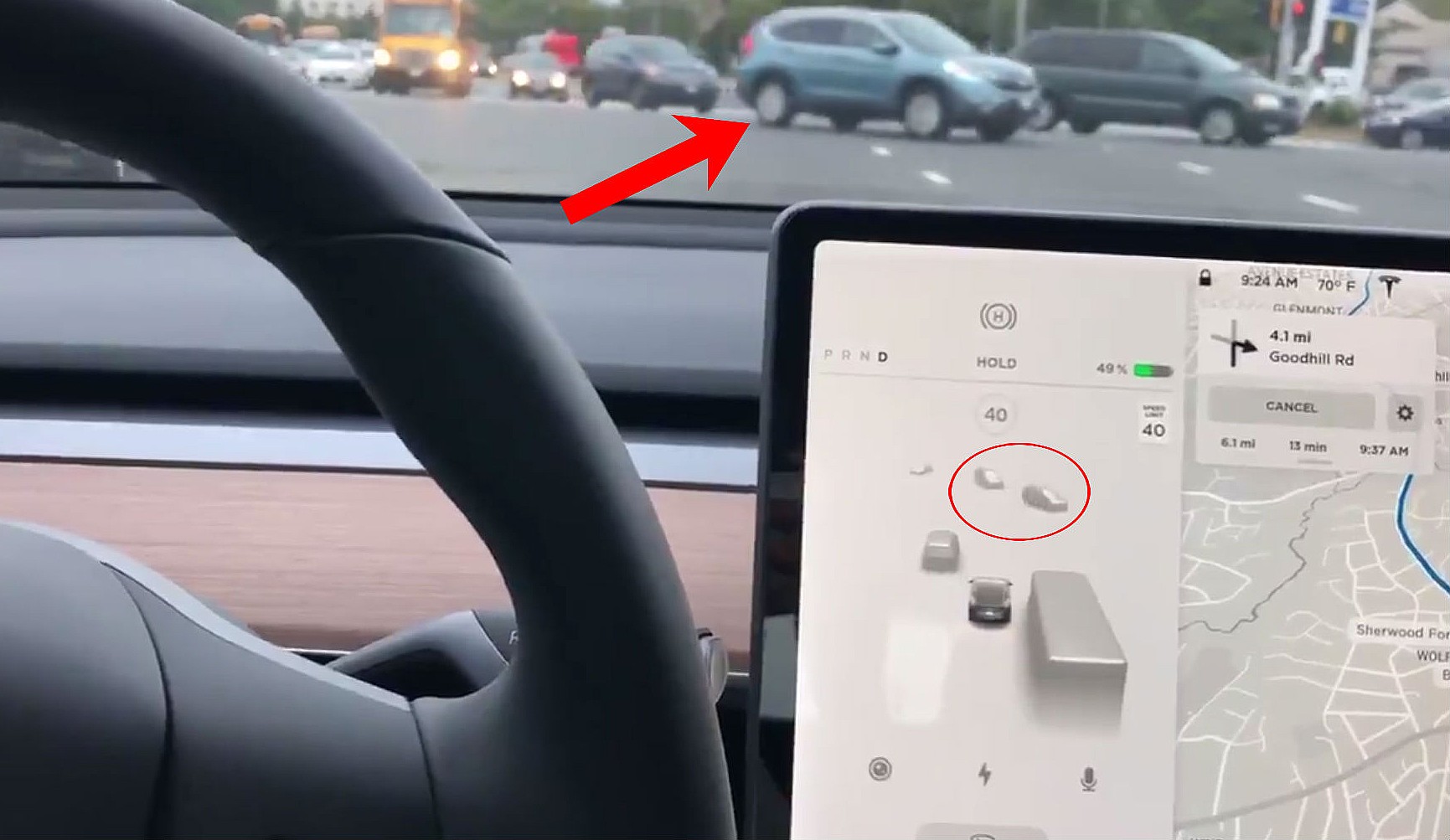 Members of Tesla’s Early Access Program have started sharing some videos of the electric car maker’s upcoming V10 update in action. Among these are improvements to Tesla’s driving visuals, which are poised to get more refined and detailed with the major update’s wide release.

Unofficial Tesla newsletter group Tesletter, which has access to a vehicle that is part of the Early Access Program, recently shared some images and videos of a Model 3’s V10 driving visuals. In a message to Teslarati, the group remarked that V10’s visual renders have several new capabilities, one of which involves the recognition of broken lane lines on the road.

Apart from this, vehicles that are part of the V10 Early Access Program can detect and display double yellow lines, as well as monitor incoming traffic that are multiple lanes away. These updates provide a pretty cool representation of what the vehicle sees while it is operating.

Perhaps most interestingly, V10’s updated driving visuals are also capable of displaying turning cars. A video taken at an intersection shows that some cars are still not rendered accurately, but they do show a pretty remarkable ability to recognize most vehicles in real time. An example of this could be seen below, with a school bus being rendered by the Model 3 as a large block, while other cars such as sedans and SUVs being displayed accurately.

It’s not just Early Access Program members from North America who have begun sharing some nifty videos of V10’s updated driving visuals. A Chinese EAP user, for one, recently demonstrated how well V10 estimates a vehicle’s lane changing position. Reports from China suggest that the updated driving visuals in V10 are turning out to be a favorite among Tesla owners, as they provide what almost seems to be a teaser at what is to come when the company starts rolling out its Full Self-Driving features.

Tesla’s Version 10 update is packed full of fun, new features that are designed to enhance the ownership experience, from a cool theater function to a built-in karaoke feature to the introduction of Cuphead, a cool run and gun game. Other unique functions such as the “(I’m Feeling) Lucky/Hungry” feature also add a certain layer of spontaneity to Tesla road trips. What is remarkable is that these generous set of features would likely comprise just part of the V10, as Elon Musk also tweeted about features such as Smart Summon being rolled out to its fleet with the upcoming major update.