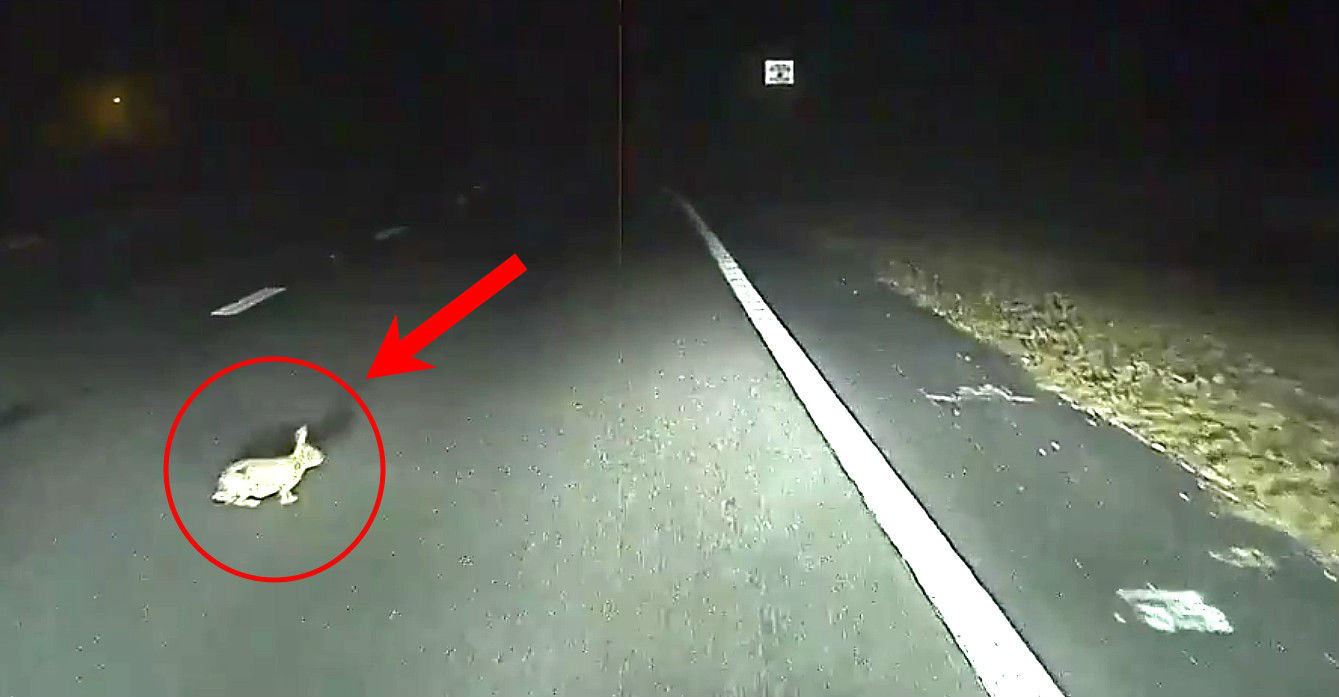 A Tesla Model S owner is thanking his electric car’s Autopilot system for saving him and a furry critter from a potentially messy accident on the road. As the Model S was driving through a foggy night, Autopilot detected a rabbit in the car’s path, triggering an evasive maneuver that ultimately saved the critter from ending up as roadkill.

The incident transpired around a month ago, according to Tesla community member @dealer_of_happy, who shared footage from his electric car’s built-in dashcam on Twitter. The Model S owner noted that his vehicle was running firmware version 2019.8.x and he was traveling at around 65-70 mph when Autopilot detected the animal ahead.

The car’s reactions were quick and precise, with Autopilot promptly applying the brakes and turning the steering wheel to avoid the furry critter. The vehicle also deactivated its high beams, which seemed to have the extra effect of catching the rabbit’s attention. Overall, thanks to Autopilot, the rabbit lived on to hop another day, and the Tesla owner saved himself from a potential repair bill had he smashed into the critter.

The video of the incident has beguiled several Tesla owners, especially since instances of Autopilot reacting to small animals on the road are quite rare. A clue about Autopilot’s reaction could ultimately be found in the video itself, in the way that the rabbit was facing sideways when it was being approached by the Model S. The rabbit’s position could have made it easier for Autopilot and the electric car’s sensors to recognize that there was an animal ahead; thus, prompting the evasive maneuver.

Autopilot is in a constant state of change and improvement, with vehicles on the road constantly sending back data to Tesla to help train the company’s ever-growing neural network. With this in mind, instances such as those experienced by the Model S owner will be used by Tesla to help improve its fleet of vehicles even further.

With capabilities such as Traffic-Aware Cruise-Control and Autosteer, Autopilot stands as one of the best convenience features available on vehicles today. It should be noted that while Tesla’s driver-assist system makes driving far easier, Autopilot’s real purpose is related to vehicle safety. The safety benefits of the driver-assist system are highlighted in Tesla’s quarterly safety reports, the most recent of which points to one accident per 2.87 million miles driven with Autopilot engaged, and one accident every 1.76 million miles driven without the feature activated.

For now, watch Tesla’s Autopilot save a rabbit from potentially being roadkill.