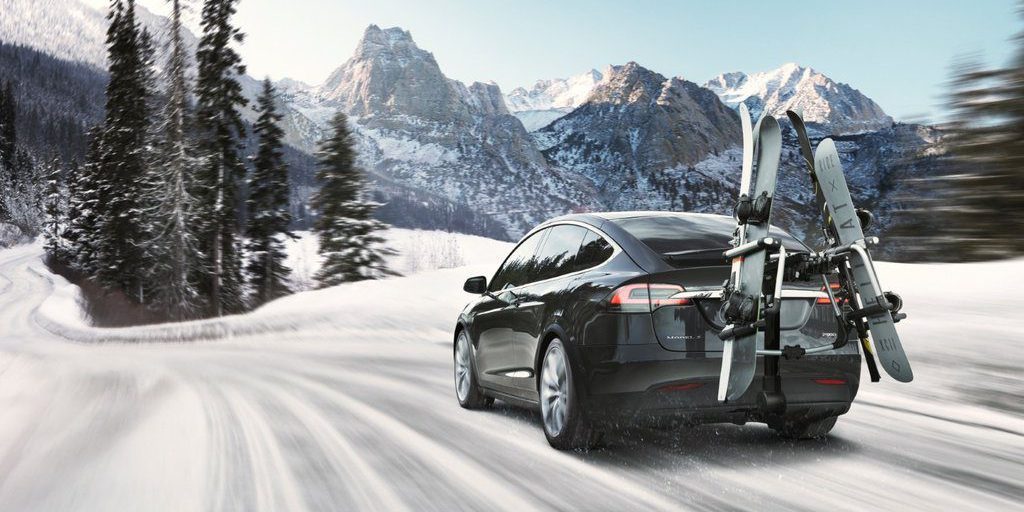 Over the month of January I decided to study the impact sub-zero weather conditions had on the battery range of my Tesla Model S and found it to be diminished by roughly 40%. Range will vary depending on one’s driving habits but the effects of winter on a Tesla Model S and its battery range should roughly mirror the data that I was able to collect.

I recorded my Tesla’s rated range at the beginning of the day and once again at the end of the day. I logged the amount of kWhs consumed during my daily journey, the actual miles driven and the average temperature for that day. All of this was plotted into a data grid so that I can analyze the effects winter conditions would have on my battery range. The results were as follows: Comparing the Tesla Model S rated range display versus the actual rated miles used during winter weather conditions. Results indicate an increase of 21% to as high as a 57% in energy consumption.

Plotting the % of rated miles used / miles driven against temperature lets us see the correlation between outside temperature and battery range. Here you can generally see a trend towards improved efficiency as outside temperature increases. There’s one big outlier which turns out to be a day when the roads were covered in snow and ice. Taking out that data point shows a better correlation between temperature and battery range. Using a trend line we can see that the outlier at the 57% mark should have been closer to 32% had the roads been more clear. Driving through snow and ice conditions affected the range by an extra 25%.

The data point at the 30% mark during 14 degree is a result of me pre-warming the Model S while it was still plugged in. Warming your car up from shore power prior to taking a trip improves your efficiency.

Using the data above and a calculated trend line I came up with the table below. This table is showing the actual maximum range I’d expect to get out of a 85kW battery pack which has a rated range of 265 miles:

This analysis is based on data I collected on my car over the course of one month and during a variety of winter conditions. I found it really eye opening to see the rated range of my Model S  go from 265 to a real world average of 143 miles during the winter (90% charge, 40% range degradation). For the 60kW model this would be 112 miles.

Fortunately Tesla appears to be placing Superchargers closer together which will help alleviate any issue with running out of range because of winter weather conditions.

How do you best prepare for winter driving in your Tesla Model S?

I hope this information has helped you understand the effects of winter on the Tesla Model S. If you have your own data, observations or questions to share, we’d love to hear them so leave us a note at the bottom of the page.