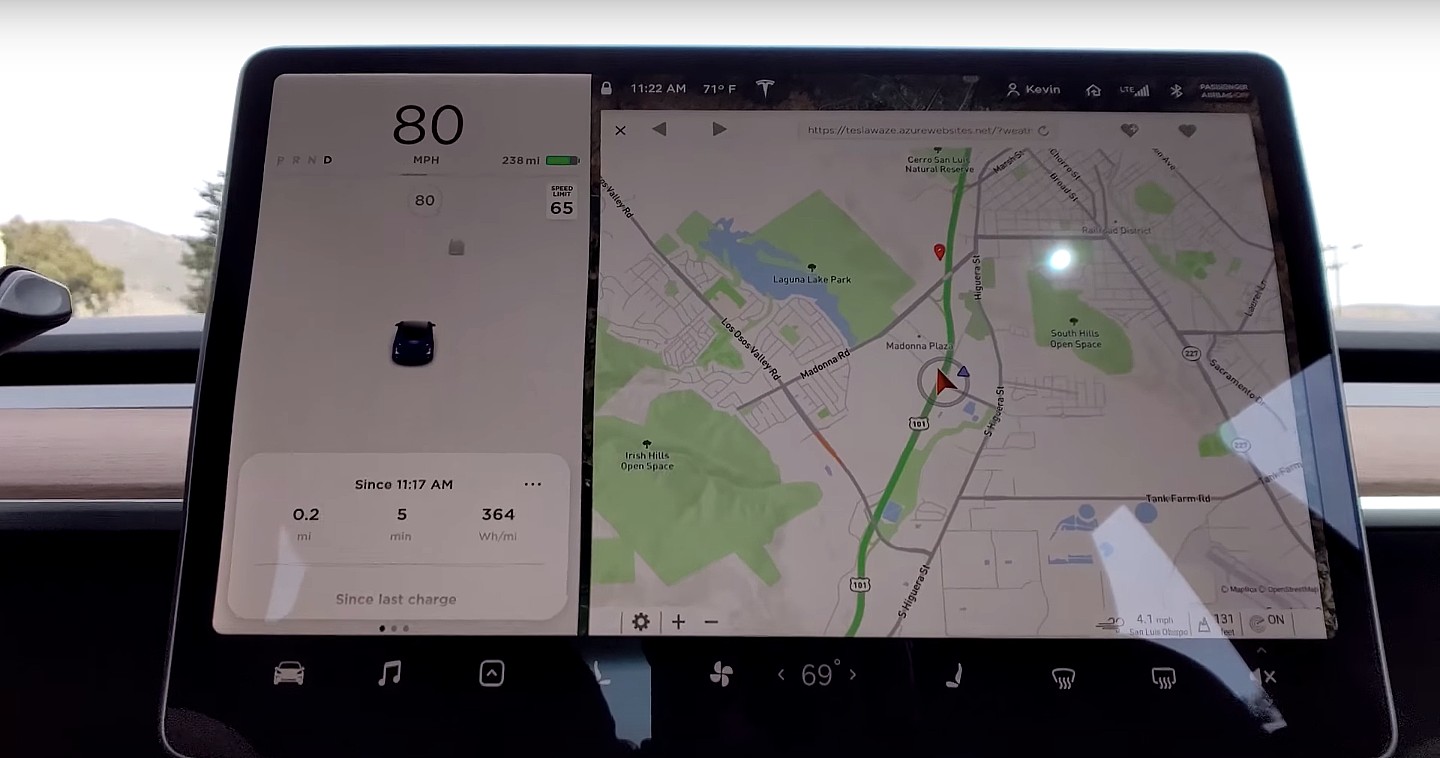 Tesla’s built-in browser may be due for a ‘Dark Mode’ update soon, hints Musk

One feature that American electric car maker Tesla has incorporated into its vehicles is its trademark large touchscreen that gives the driver access to a multitude of features. The crystal-clear display that takes up a majority of a Tesla’s dash gives drivers information on speed, climate control, and a variety of other things that are crucial to a safe drive. The brightness of the display is notable, but at night it can be detrimental to a driver’s vision. This issue is going to be addressed and fixed, according to CEO Elon Musk.

During one of Musk’s frequent Twitter rounds, an owner made it aware to the Tesla CEO that he was having an issue with viewing driving at night while utilizing TeslaWaze, an online version of the popular navigation app that is optimized for Tesla vehicles. The owner said that the loading screen in the vehicle’s built-in browser was proving to be detrimental to his vision when driving at night. Musk replied by stating that he would fix the brightness issue for Tesla’s web browser in general. Perhaps Tesla will do this by introducing a “Night/Dark Mode” that mobile applications feature?

The addition of a “Dark Mode” would allow for not only a safer driving experience when traveling on a dark road, but it would also be just another way that Tesla is making its vehicles more customizable to owners. The addition of a “Dark Mode” would certainly be a hit, as many people are in favor of a darker theme for their vehicles’ display. Such a feature, if any, would be a great addition considering the fact that the TeslaWaze navigation site is extremely user-friendly and gives updates that are not necessarily available on the normal Tesla GPS system, like the location of Police patrol vehicles.

Musk has always used Twitter to his advantage as it gives him a firsthand look at what owners are saying about the vehicles his company produces. In the past, Musk has added numerous features to Teslas in response to tweets, the most recent being Tesla’s “Joe Mode,” the infamous feature that allows the volume of chimes and alerts to be reduced significantly. The addition of this feature makes a long car ride more friendly for children who are sleeping.

What is perhaps most notable about the exchange between Musk and the Tesla owner who requested a darker screen for the web browser is the fact that the CEO of the Silicon Valley-based car manufacturer was willing to improve its vehicles for a third-party program that the driver prefers over Tesla’s normal navigation system. It is just another example of how Musk is willing to improve the vehicle overall, and not just with things that the company created themselves. We could assume that other car manufacturers would not recommend the use of third-party navigation systems if they had created one themselves. However, Musk has shown, once again, that this is an effort to make driving safer for everyone.

Tesla’s built-in browser may be due for a ‘Dark Mode’ update soon, hints Musk