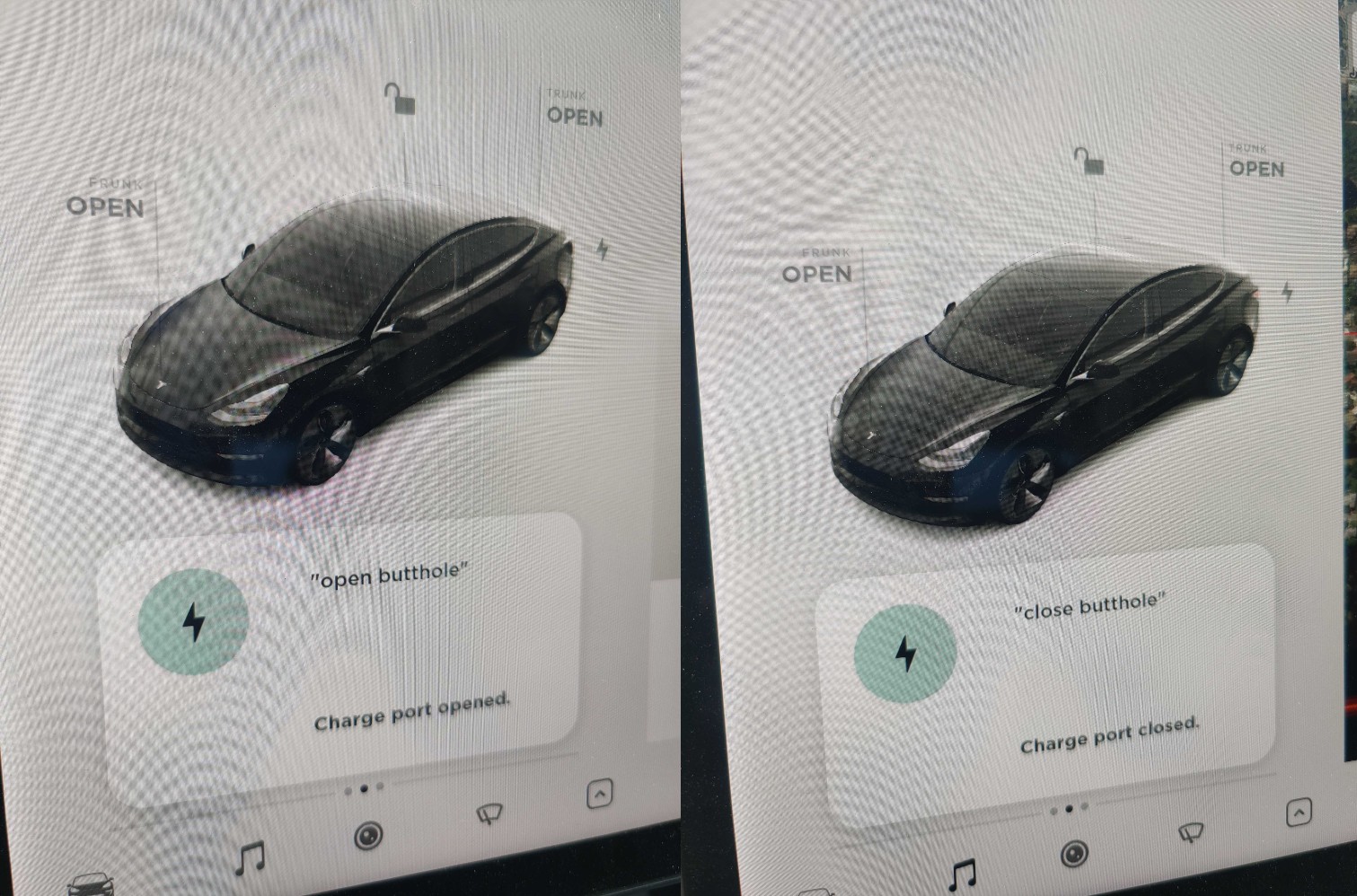 Tesla owners may have discovered an Easter egg that the EV community could really get behind. As it turns out, Tesla has hidden a rather unique way to access its vehicles’ charge ports through a voice command. A voice command which proves that Tesla definitely has a clear idea of its vehicles’ anatomy.

A few days ago, Tesla enthusiast @tesla_master shared a discovery on Twitter. According to the EV fan, using the voice command “Open Butthole” on a Tesla opens the charge port door. This, of course, resulted in numerous jokes from the EV community, some of whom opted to try out the Easter egg for themselves.

And in true Tesla fashion, the “Open Butthole” Easter egg was confirmed. Later experiments from other Tesla owners revealed that the voice command “Close Butthole” actually closes the charging port. Considering the nature of this new Easter egg, it was only a matter of time before videos of the feature in action were shared online.

The fun Easter egg seems to be compatible with other terms related to the posterior, with Tesla owners noting that their vehicles’ charge ports also react to the voice command “Open Bunghole” and “Close Bunghole.”

Interestingly enough, comments from other Tesla owners indicated that the “Open Butthole” voice command actually opens their vehicles’ rear trunk instead. This is quite interesting, as it shows that while the voice command is definitely linked to a Tesla feature, the company is yet to standardize which feature is activated with the command.

While the “Open Butthole” and “Close Butthole” voice commands are undoubtedly silly, the feature is undeniably Tesla. Even before this recent Easter egg, after all, members of the Tesla community have already discovered that their vehicles respond to voice commands like “My balls are cold,” which turns on the driver’s seat heaters, or “Enable/Disable Life Support,” which turns the climate control on or off.

Tesla is the undisputed leader in the EV sector, but while the company is frighteningly determined when it comes to reaching new records in terms of vehicle production and deliveries every year, it has not lost its humor at all. With Easter eggs abounding both in software and hardware, Tesla is still hinting that its team could play just as hard as they work hard.