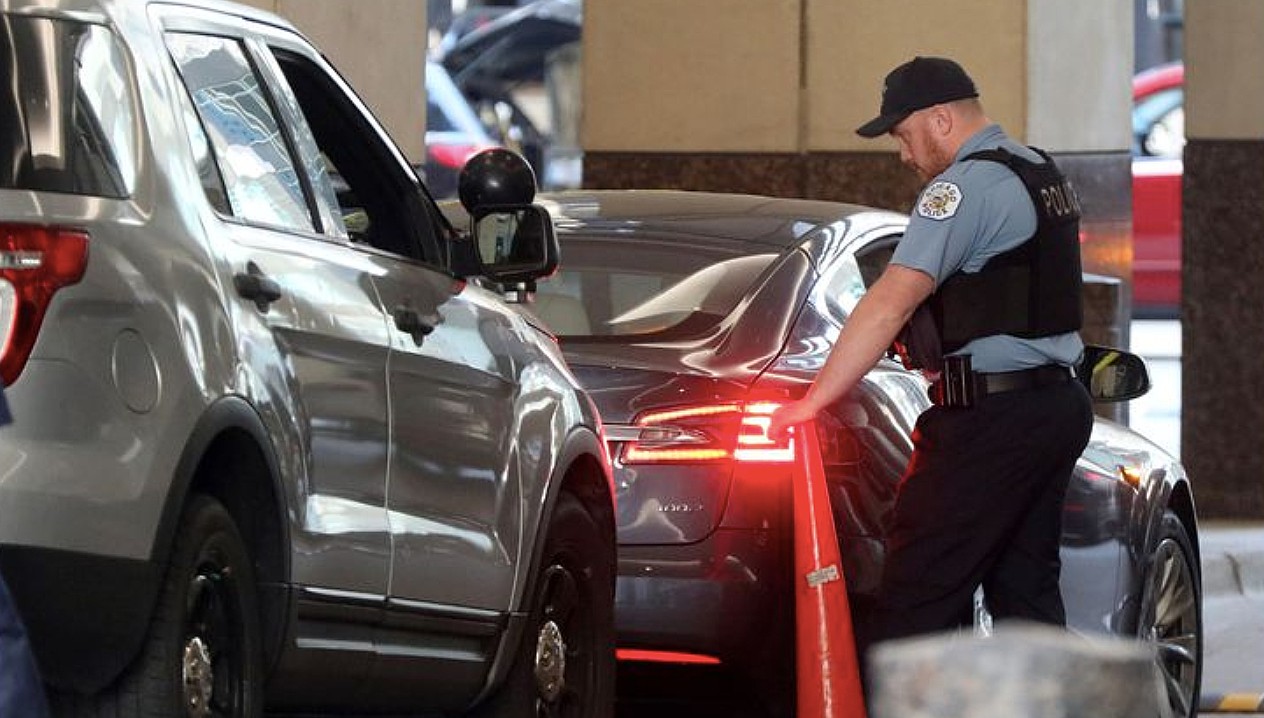 Tesla owner relates dramatic tale of road rage, a gunshot, and a mad dash to save a boy’s life

People tend to do ridiculously foolish things when consumed by road rage. US statistics indicate that one in three collisions involves road rage, and eight out of ten Americans are involved in road rage behavior at least once a year. With such numbers, it is no surprise that road rage is the cause of approximately 30 murders annually in the United States. One such incident almost happened recently, if it wasn’t for a Good Samaritan driving an electric car.

A Tesla Model S owner (who declined to have his name published) was driving on Lake Shore Drive, Chicago, after getting his COVID-19 vaccine when he caught sight of a crash near Monroe Drive. As the EV driver got closer, he saw a woman crawling out of her vehicle while holding a small child. The woman was screaming for help, stating that her baby’s been shot. She was desperately trying to flag down passing vehicles, but some drivers, despite gawking at the crash, were simply driving away. The Tesla owner, who had his window down already, sprung into action.

In a statement to the Chicago Tribune, the Tesla owner stated that he didn’t even get out of the car. “It wasn’t much of a conversation. I remember her pleading: ‘Help me!’” the EV driver said. Sharing his experience further, the Tesla owner noted that he told the woman, who was later identified as the boy’s grandmother, to just jump in, and that he would drive them to a hospital. A man that was with the woman and injured child also rode with the pair.

The Model S owner noted that his adrenaline was pumping then, and all he could focus on was to get his three passengers to Northwestern Memorial Hospital, which was several blocks away. As soon as the group arrived at Northwestern’s emergency room, hospital staff rushed the woman, the boy, and the man into the medical facility. That was the last time that the EV driver saw them together, though the man later expressed his thanks.

The boy, who was identified as 21-month-old Kayden Swann, had been shot in the head during a road rage incident that started on Lake Shore Drive. According to police, the shooter and the victims did not appear to know each other, though the incident seemed to have been caused by one of the drivers not letting the other into their lane. Kayden was in a child safety seat in a white Lincoln, while his grandmother was in the passenger seat. The grandmother’s boyfriend was driving.

As per a witness, the Lincoln and an SUV started driving erratically in what appeared to be an altercation. Eventually, someone from the SUV fired several shots at the Lincoln, one of which hit Kayden in the head. Another witness noted that the man driving the Lincoln also returned fire. The crash happened not long after.

The Tesla owner told the Tribune that he did not want to leave the hospital after transporting the injured boy, partly because his adrenaline was still running. After about two minutes, two Chicago police officers arrived at the hospital. The authorities spoke with the Tesla owner and gathered evidence and blood samples from the Model S’ back seats. The Tesla driver also shared videos from his vehicle’s built-in dashcam. Explaining his actions, the Tesla owner noted that he could not have lived with himself if he did not help.

“I’m glad we could get there in time. I didn’t know the baby had been shot in the head. The truth is, as fast as this happened, I have no idea what they even looked like. I mean, they needed help. Ultimately, I could not have that on my conscience. I could be inconvenienced, and that was the cause of someone’s death?” the man said.

At a news conference on Wednesday, Dr. Marcelo Malakooti of Lurie Children’s Hospital, where Kayden Swann was transferred to, noted that the 21-month old boy was in a medical coma to protect his brain. He was also hooked up to a ventilator. This weekend, a local ABC report noted that Kayden had been removed from a medically induced coma, but he was still looked up to a ventilator.

Jushawn Brown, the 43-year-old man with Kayden and his grandmother, had been slapped with felony gun charges and released on a $5,000 bail. The SUV driver had not been apprehended as of date.

Tesla owner relates dramatic tale of road rage, a gunshot, and a mad dash to save a boy’s life