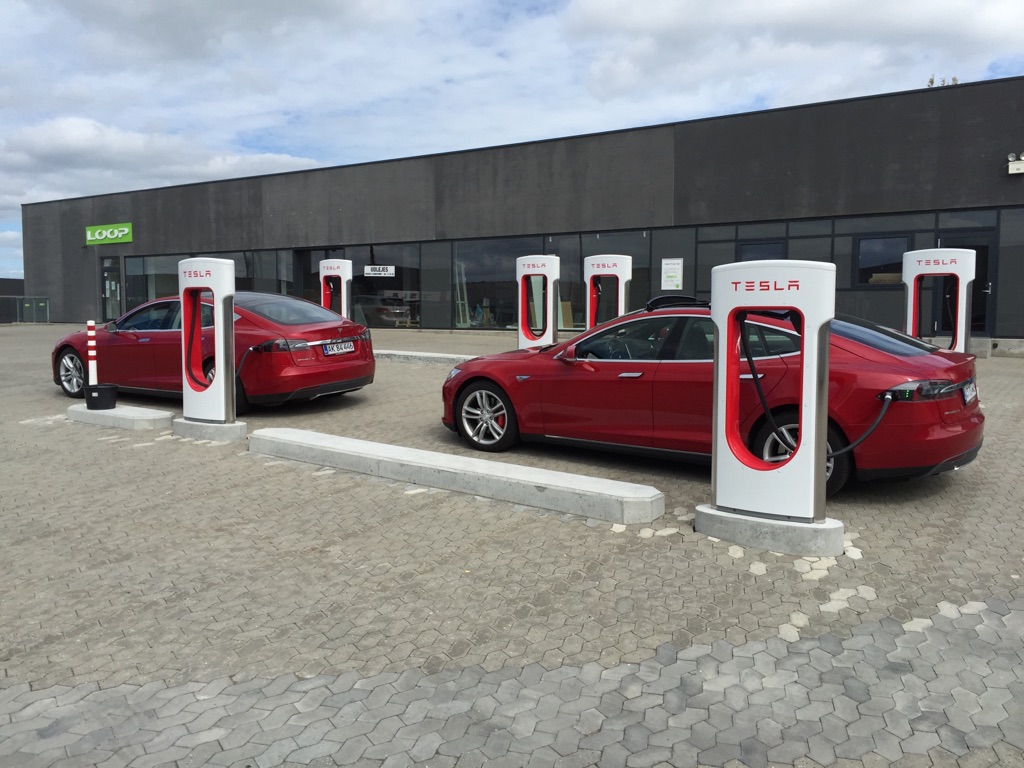 Tesla says a plan by Denmark to phase in its 180% registration tax on electric cars is unfair and may be the death knell for electric cars in the country. Tesla owners in Denmark have been exempt from the infamous 180% new car registration tax because of the government’s incentive for electric vehicles. That will soon change as Denmark is in the process of reassessing its national policies for reducing carbon emissions.

Just last week, Climate Minister Lars Christian Lilleholt said he will not push to meet Denmark’s existing goal of reducing emissions by 40% by 2020 because doing so will be too expensive for Danish businesses.

As part of that reassessment, a new Danish tax plan will phase in the registration tax on electric cars over the next 5 years. The government says doing so will be fairer to those who buy conventional cars and add almost $100,000,000 annually to the nation’s coffers. But Tesla, which makes the top selling electric car in Denmark, has slammed the plan as anti-competitive and a death knell for the industry. Under the plan, the price of a Tesla Model S P85D will soar from $131,250 (862,000 kroner) to more than $270,000 (1,807,100 kroner).

“All things being equal, this is not a phasing-in of levies on electric cars but rather a phasing out of electric cars in Denmark,” said Tesla’s Danish spokesman, Esben Pedersen, according to Danish media outlet, The Local. He said the plan, which will see prices on Tesla’s luxury models climb much higher than the increases on smaller and cheaper models, is unfair.

The company plans to file a complaint with the European Union. Pedersen tells Denmark’s TV2,

“We will contact the EU because we believe that the electric car agreement is anti-competitive and singles out Tesla. The deal will hit the entire electric car model and will eliminate it instead of developing it”

The Danish  government defended the move, which has broad support from the Social Democrats, Danish People’s Party and Social Liberals. Tax Minister Karsten Lauritzen said that the new plan “balances the needs for the continued expansion of electric cars in Denmark, the public purse and fairness within the automobile market.”

“Electric cars have for a long time been better positioned than other cars by being completely exempt from the registration tax. Many regular Danes have a hard time understanding why they should pay the full registration tax for their regular cars while those who can afford an electric car have gotten off completely free,” Lauritzen said in a press release. 1,240 electric cars were sold in Denmark during the first six months of 2015 according to the European Automobile Manufacturers Association, nearly double the number bought in 2014. Denmark’s rethinking of its plans to reduce carbon emissions comes just a few months ahead of the next global climate change conference, which will take place in Paris this December. While the new plan only seeks to reduce emissions by 37% instead of 40%, climate activists are calling the changes short sighted and dangerous.

Until this point, Denmark has been one of Europe’s “greenest” countries. It has made a significant investment in offshore wind power and actually produced 140% of its national electricity needs one day this past July. Its decision to re-balance its economic and sustainability objectives may be a preview of the thorny issues the international delegates will confront in Paris. It may also presage the policy debate that will take place in the United States when the current federal tax credit for electric cars expires at the end of 2016.