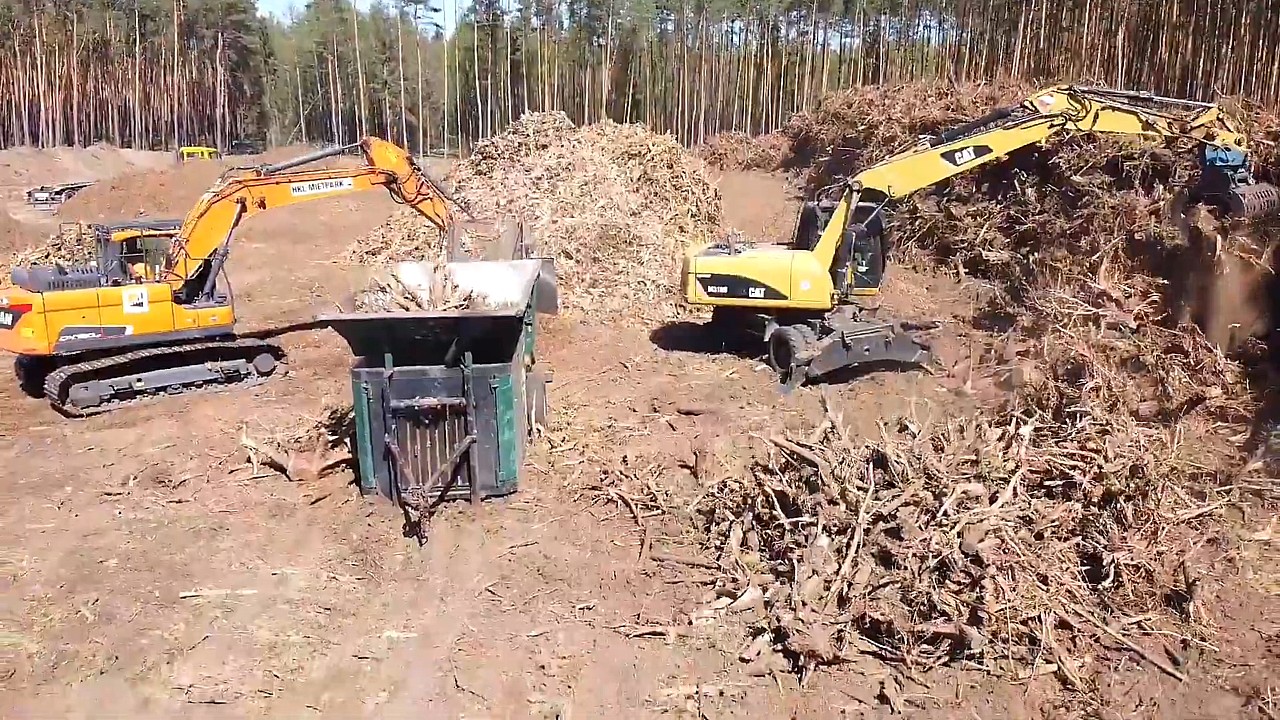 Tesla Giga Berlin has completed the final phases of land preparation before ringing in an official groundbreaking ceremony.  Construction equipment, including three excavators, one wood splitter, and a dirt splitter, was spotted on-site on Monday and will be used as part of a final step to shred the accumulation of tree roots from the land clearing. Tesla is expected to commence the official groundbreaking upon acceptance of an application filing with Brandenburg’s local government.

The removal of tree roots from the first 90 hectares of land was a preventative measure to prevent trees from regrowing in the area. The roots were gathered into three separate piles: two for small roots and the third for larger ones. Tesla has already begun the shredding and removal of the two smaller collections of roots, according to local correspondent Emil Senkel.

🚧Tesla #GigaBerlin continues to work, 🥳
In this video excavators are picking up the roots from the last root-mountain in the north to make shredded wood. pic.twitter.com/LmG7YiiHRf

After the large root pile is entirely shredded and moved out of the property, the land will be ready for factory construction.

Tesla received approval to begin excavating and leveling the grounds in Brandenburg on March 10. The process of excavating the ground took just over three weeks. The company submitted a request to begin building the facility on April 2 and is still awaiting approval to start this portion of the project.

After the application to begin construction was submitted, crews removed the final “bat tree” that remained until April 15.

Giga Berlin’s groundbreaking ceremony was scheduled for the latter portion of March 2020. However, the COVID-19 pandemic halted the possibility of a celebration after CEO Elon Musk would not be able to attend due to travel bans implemented by U.S. President Donald Trump.

Tesla will begin producing its electric vehicles at Giga Berlin in July 2021. The newest vehicle from the electric automaker, the Model Y crossover, will be the first car built at the facility. Recently, Elon Musk announced that Giga Berlin would be home to the world’s most advanced paint facility.

Tesla plans to build around 500,000 vehicles a year once the site reaches its full production rate. Also, the plant will provide Germany with approximately 12,000 jobs once it is fully operational.