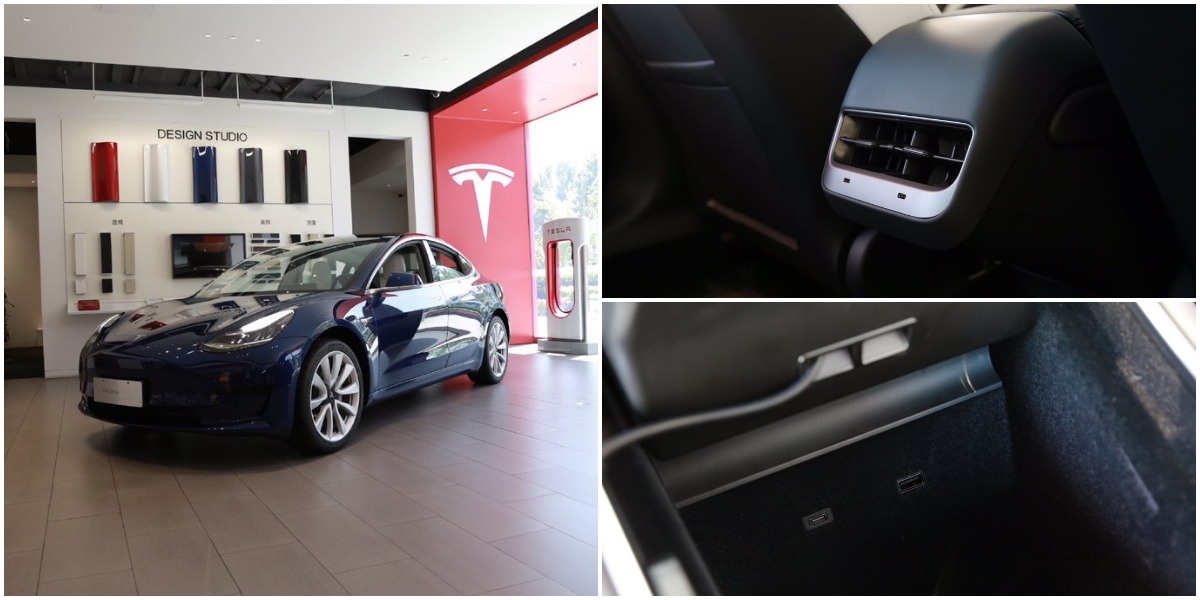 Tesla’s Made in China Model 3 sedan appears to have new received some new updates to its interior. Reports indicate that the latest Model 3 units produced in Gigafactory Shanghai are fitted with both USB Type C charging ports and a wireless charging pad, both of which are utilized in the Tesla Model Y.

Images of the updated China-made Model 3 were shared by Tesla owner-enthusiast @JayInShanghai. The USB-C ports and OEM wireless charger bode well for the company’s Model Y ramp in the country, considering that the parts are used in the all-electric crossover.

As the Model 3 thrives in China and Tesla continues to build the second phase of Gigafactory Shanghai, the electric car maker seems to be preparing for a strong push of the Model Y sooner rather than later.

The Model 3 and Model Y share 75% of the same parts, making the two cars close siblings in Tesla’s lineup. However, the Model 3 is already a high-volume vehicle for Giga Shanghai, and the installation of interior parts that are found in the Model Y could help alleviate extended unnecessary delays in the push for the company’s electric crossover.

Ever since the electric automaker decided to set up a local production plant in China, the company has seen massive amounts of success in the country. At first, Tesla only had one variant of the Model 3 available, which was the Standard Range Plus. However, Tesla has since started offering both Long Range and Performance variants to local buyers. Additionally, new interior options have become available for the Made in China Model 3.

Gigafactory Shanghai’s Phase 2 is expected to house a Model Y factory. Currently, the local production plant is poised to hit a production run-rate of 200,000 Model 3 sedans every year. Considering that the Model Y is also a high-volume vehicle, Tesla’s Shanghai-based plant could very well be on its way to making nearly half-a-million electric vehicles per year.